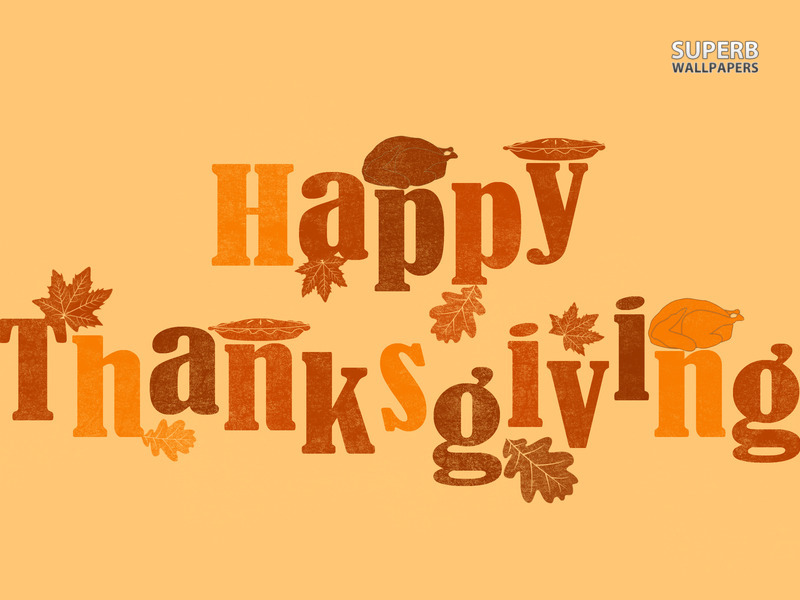 Happy Thanksgiving, Telly Visions readers! Thanksgiving is one of the few quintessentially American things we acknowledge here around the blog, but it seems important to take the opportunity to say THANK YOU as loudly and as often as possible, so here we are. We like to do this every year, because, well. Sometimes it needs saying.

Thank you for reading and commenting and liking and tweeting and basically being willing to enable my otherwise embarrassing obsessions with British television generally and Benedict Cumberbatch specifically.

Thank you for watching some really great programming with us and for being so smart and thoughtful in your discussion of it. Thank you for loving so much of the same stuff that those of us around here do – isn’t it nice to feel part of a group?

Mostly, thank you for being here and just for being generally awesome people. We’ve got big plans for 2014, so stick around.

As is now a Telly Visions tradition, here is what I’m thankful for this year, in list form.

You Guys. See above.

Doctor Who. 2013 has been a pretty big year for the Doctor. The iconic sci-fi series turned 50, gave us a truly epic anniversary celebration and blew our collective minds with The Day of the Doctor. And we’re still getting a regeneration this year. So, it is with deepest sincerity that I say: I might nitpick it to death sometimes, but there’s nothing I love like this show.

Benedict Cumberbatch. This is probably obvious, and not just because Cumberbatch made this list last year. The Sherlock star seemed to be everywhere this year – from your local multiplex to American chat shows to dominating the internet to landing the cover of Time. Here’s to a lot more of all that sort of thing in 2014, because this year was awesome.

Sherlock. The mere fact that 19 days into 2014 we will get to see the long-awaited new season of Sherlock is enough make one preemptively thankful. Or leave you in a near-catatonic state just chanting the premiere date over and over and watching Series 3 trailers on repeat. Either way. New Sherlock, y’all. It’s almost here!

Peter Capaldi. I am basically bursting with excitement over the thought of Capaldi as Doctor Who’s Twelfth Doctor. He’s going to be amazing. (If you don’t know who Capaldi is, get started finding out. He’s a fantastic actor!)

Broadchurch. Probably the best single drama to air in 2013, Broadchurch is a wonderful reminder that television still has the power to move and surprise us, and that even predictable genres can be completely turned on their head by the right writer. Broadchurch depicts a murder investigation of a young boy and the effect his death has on a small town – it’s wonderfully written and will keep you guessing right until the end. In fact, it’s so good that the fact that it’s getting an American remake is not as repellant as it might be otherwise. David Tennant and Olivia Colman are going to clean up during awards season next year.

The Hollow Crown. In case you missed the memo, Shakespeare’s kind of cool again. Thanks in no small part to the worldwide success of miniseries The Hollow Crown, which imagines the plays of the Henriad as a single chronological narrative and features most of the same actors throughout. With appearances by a ton of recognizable British stars including Ben Whishaw, Jeremy Irons, Tom Hiddleston, Patrick Stewart, Simon Russell Beale, Michelle Dockery, David Suchet, John Hurt, David Morrissey and more, suddenly everyone seems motivated to get a bit better acquainted with the Bard. (It also doesn’t hurt that the entire series is awesome, and well worth watching.)

Scott & Bailey. The popular ITV drama came to America this year – we have aired it here on both our primary and WETA UK channels – and yours truly finally watched it. And, yes, finally yours truly gets what all the fuss is about with this show. Suranne Jones and Lesley Sharp are wonderful, and the writing’s top notch. Bring on Series 4.

Tom Hiddleston. No one is going to knock Cumberbatch out of the top spot on my Current Favorite British Actors List, but Tom Hiddleston’s making a rather mighty effort nevertheless. Between his star-making turn (again) as Loki in Thor: The Dark World, his involvement in Shakeapeare mini-series The Hollow Crown and his general adoreableness, it’s easy to see why he’s basically become the Internet’s Other Boyfriend.  Even I’m not immune to his (considerable) charm.

Downton Abbey.  No Brit TV list is complete without a Downton mention. This show’s made being an Anglophile cool again – and given us all common ground with virtually everyone we know, because pretty much everyone is watching it. We’re all still in mourning over the departure of Dan Stevens at the end of Series 3, but we’ll just have to keep calm and carry on. There’s way too much drama still to go.

The White Queen. This lavish ten-part costume drama, which adapts several of bestselling author Philippa Gregory’s Cousin’s War series of novels based on the Wars of the Roses was probably my favorite guilty pleasure of 2013. Sure, its focus was not so much historical accuracy – the series basically states that both Elizabeth Woodville, later Queen of England, and her mother Jacquetta were witches – but it was certainly fun to watch. Led by a strong trio of female protagonists in Rebecca Ferguson, Amanda Hale and Faye Marsay, the great ensemble cast gave every role their all and made sure you were never bored. US premium cable network Starz is reportedly considering a sequel series based on Gregory’s The White Princess, and let’s all keep our fingers crossed that that happens, okay?

What about you? What are you thankful for from around the world of British telly this year? Let’s discuss.