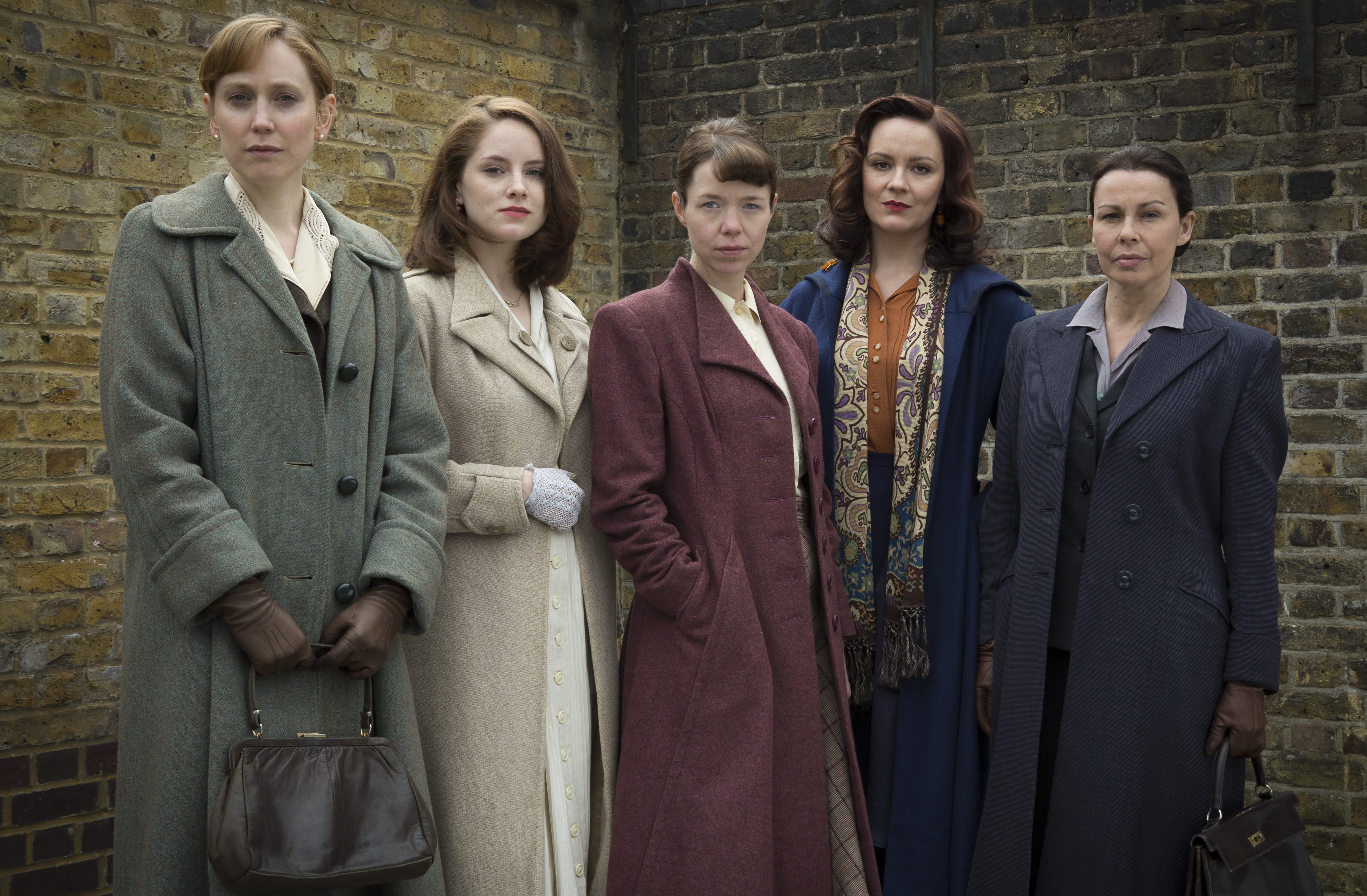 The drama follows the story of four women in post-World War II England, who all possess the extraordinary ability to break codes, a skill honed when they worked undercover at the famous Bletchley Park. Now, after the war, they use their unique ability to see patterns to help them solve crimes.

Series 2 will be comprised of four episodes, rather than three, and will tell two self-contained stories, each spread across two of the sixty-minute installments.  Stars Anna Maxwell Martin, Rachel Stirling,Sophie Rundle and Julie Graham are all set to return.

The new episodes will be set a year after the events of Series 1. 1. Per the official press release, here’s what we can expect:

The first two episodes of Series 2 tell a complete story and will be called Blood on Their Hands. Our heroines discover that former Bletchley Park girl Alice Merren is in prison awaiting trial for murder. Jean stands behind her innocence and tries to reunite the circle in an attempt to help one of their own. Susan is reluctant to get involved after her experience with the twisted serial killer Malcolm Crowley and the danger it posed to her family last time. Lucy is now getting on well in a clerical job at Scotland Yard and keeping her head down, and Millie is working as a German translator.

The story in Episodes 3 and 4, called Uncustomed Goods, finds Millie branching out into what she believes to be an innocent sideline of dealing in unaccustomed goods (this means the black market). This endeavor leads to her being kidnapped and held in a seedy hotel by some gangsters. On discovering this, Alice goes to Jean and Lucy to help. The girls start to investigate in order to save their friend and, as they do so, uncover a much darker, hidden world of crime.

Watch the ITV trailer for Series 2 below – and start getting excited for April!

The new season will once again be paired with new episodes of Call the Midwife and Mr. Selfridge for a marathon session of British drama every week.