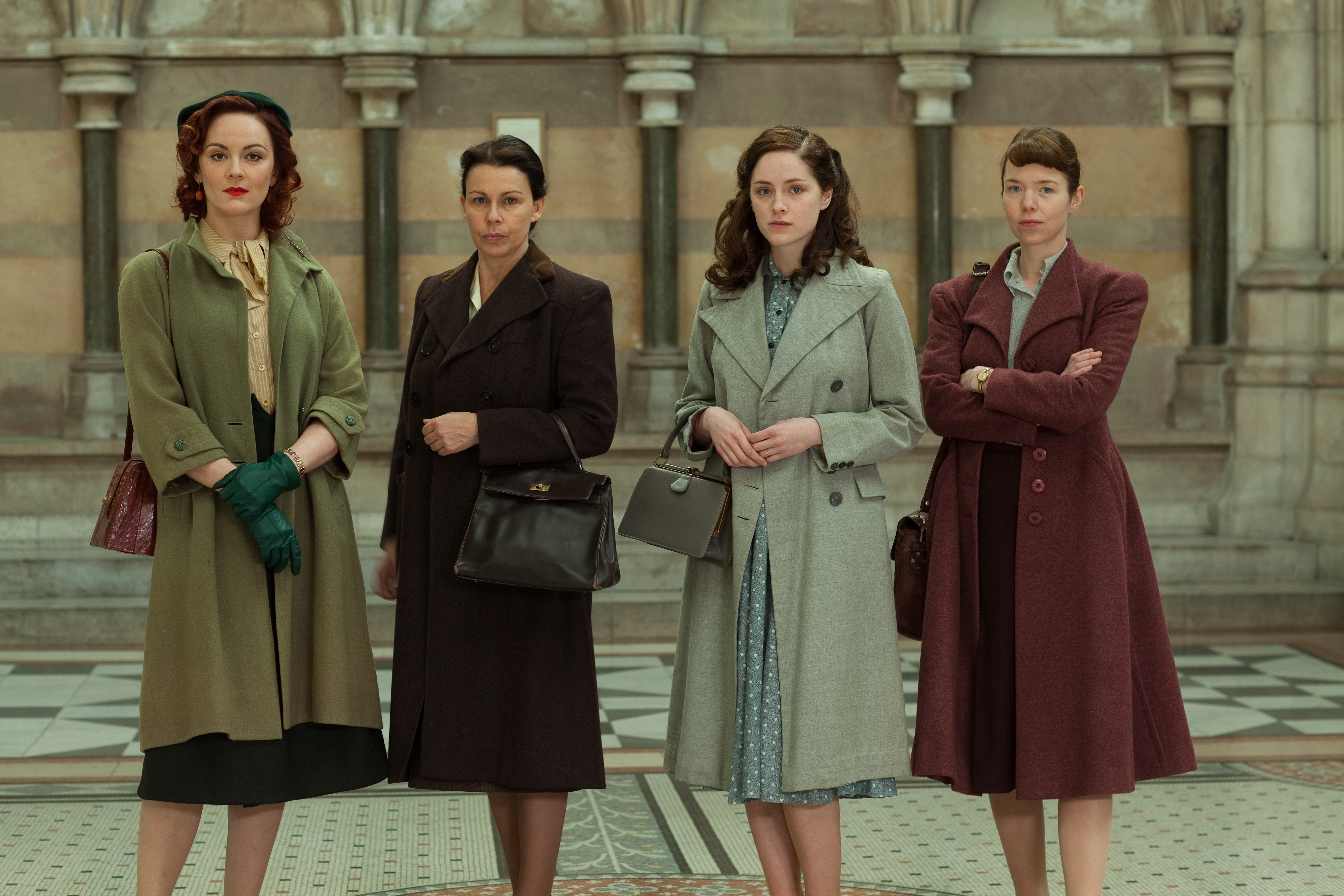 Millie, Jean, Lucy and Susan will all be back for Series 2 (Photo: Courtesy of ©Laurence Cendrowicz/World Productions)
Another fabulous bit of news coming out of the summer leg of the Television Critics Association Press Tour – PBS announced that the highly-anticipated second series of mystery hit The Bletchley Circle will air on Sunday nights in Spring 2014. Series 2 will once again be paired with Call the Midwife and Mr. Selfridge, when both those series return with new episodes.  (This would seem to indicate that you can expect the series to air at roughly the same time it did this spring, but, of course, we’ll let you know an exact date once that’s confirmed.)

The second season will continue to follow the story of the four women – all former Bletchley Park  codebreakers – who use their skill at deducing patterns and decoding puzzles to solve crimes. Series 2 will be comprised of four episodes, rather than three, which will tell two self-contained stories, each spread across two of the sixty-minute installments.  Stars Anna Maxwell Martin, Rachel Stirling, Sophie Rundle and Julie Graham are all set to return.

“We’re thrilled to bring back The Bletchley Circle,” said Beth Hoppe, Chief Programming Executive and General Manager, General Audience Programming for PBS. “It is a smart show that features fascinating, strong women characters and superb writing. Drama has always been a critical part of what we offer on PBS and the audience reaction to The Bletchley Circle and other shows has been fabulous.”

The new episodes will be set a year after the events of Series 1. Per the official press release, here’s what we can expect:

The first two episodes of Series 2 are called Blood on Their Hands. Viewers find former Bletchley Park girl Alice Merren in prison awaiting trial for murder. Jean stands behind her innocence and tries to reunite the circle in an attempt to help one of their own. Susan is reluctant to get involved after her experience with the twisted serial killer Malcolm Crowley and the danger it posed to her family. Lucy is now getting on well in a clerical job at Scotland Yard and keeping her head down, and Millie is working as a German translator.

Episodes 3 and 4, called Uncustomed Goods, find Millie branching out into what she believes to be an innocent sideline of dealing in unaccustomed goods (this means the black market). This endeavor leads to her being kidnapped and held in a seedy hotel by some gangsters. On discovering this, Alice goes to Jean and Lucy to help. The girls start to investigate in order to save their friend and, as they do so, uncover a much darker, hidden world of crime.

What do you think, folks? Excited for more Bletchley? What would you like to see happen in the new series?