Happy Thanksgiving, Telly Visions readers! Thanksgiving is one of the few quintessentially American things we acknowledge here around the blog, but it seems important to take the opportunity to say THANK YOU as loudly and proudly as possible, so here we are.

Thank you for reading and commenting and liking and tweeting and being willing to put up with my Benedict Cumberbatch obsession and occasional irritation with costume dramas that don’t live up to my standards. Thank you for watching some really great programming with me and being so darn smart and thoughtful about it and making me think about things I’d have never noticed on my own. Thank you for just being generally awesome people, all around – and here’s to many more long-winded diatribes to come. Stick around. :) 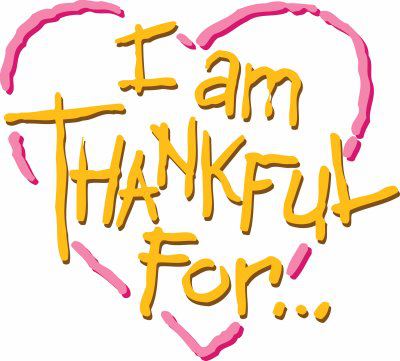 “Gratitude is the memory of the heart,” said educational pioneer Jean Massieu, and, apparently my memory is very long.

This year, I am thankful for:

You Guys. See above.

Sherlock. Still the best TV I watched last year. If only the waiting between seasons weren’t so excruciating.

Downton Abbey. Sure, Series 2 wasn’t as good as Series 1. But it will was still fun to watch, generally must-see television and Dame Maggie Smith in any form is nothing to be sniffed at. (Dowager Countess forever!). Plus, Downton’s megahit status among virtually every sort of American viewer (Seriously: Even my boyfriend loves it.) has made being an Anglophile generally – and a British TV fan specifically – virtually trendy these days. When did we become cool kids?

Bonus: Thanks to the magic of multi-region DVD players, I’ve seen the first few episodes of Series 3 and it’s amazing so far. Much better than Series 2 already and I’m just chomping at the bit to watch with you guys, for real. Less than a month to go.

Benedict Cumberbatch. This probably goes without saying. He’s taking over the world in 2013 anyway.

A New Companion on Doctor Who. As charming as Karen Gillan and Arthur Darvill are, it’s time for some new blood in the TARDIS. (To be honest, I was sort of over their drama, and – unpopular opinion alert! – I won’t be that sad to see less of River Song either.) Despite my early skepticism, new companion Jenna Louise Coleman was absolutely fantastic in Asylum of the Daleks and looks equally great as…whoever she’s playing in the new season. New era; let’s do it.

WETA UK. I’m thankful that this exists, obviously, as it’s one of my favorite things about work, just because I love the subject matter so much. But, what I really mean is that I’m thankful that over the last few months I’ve gotten the chance to try out some classic (and not so classic) British series I’d never seen before or don’t remember that well. Miranda is really funny, Ashes to Ashes is awesome and I, Claudius was still compelling after all these years.

James Bond. Though I’ve not written a proper review of it (should I?), the latest James Bond flick Skyfall was just outstanding, and has basically reinvigorated the entire franchise. (Particularly after the hot mess that was Quantum of Solace.) May Mr. Craig play Mr. Bond for a long, long time to come.

Lots of TV to Get Excited About Next Year. More Doctor Who and (probably?) more Sherlock go without saying, but there are so many more excellent programming goodies in the pipeline to look forward to. Ripper Street. Luther Series 3. Vicious with Sir Ian McKellen and Sir Derek Jacobi. Call the Midwife Series 2.  New Foyle’s War. A full series of Inspector Morse prequel Endeavour. And I know I’m leaving a bunch of stuff out. But, still, so many goodies coming soon! I can’t wait.

Shorter version: I remain, as always, thankful for the general awesomeness and creativity of the British television industry, long may it live to both make me happy and break my heart.

What are YOU thankful for this year?

Housekeeping I Love You Guys Things I'm Thankful For