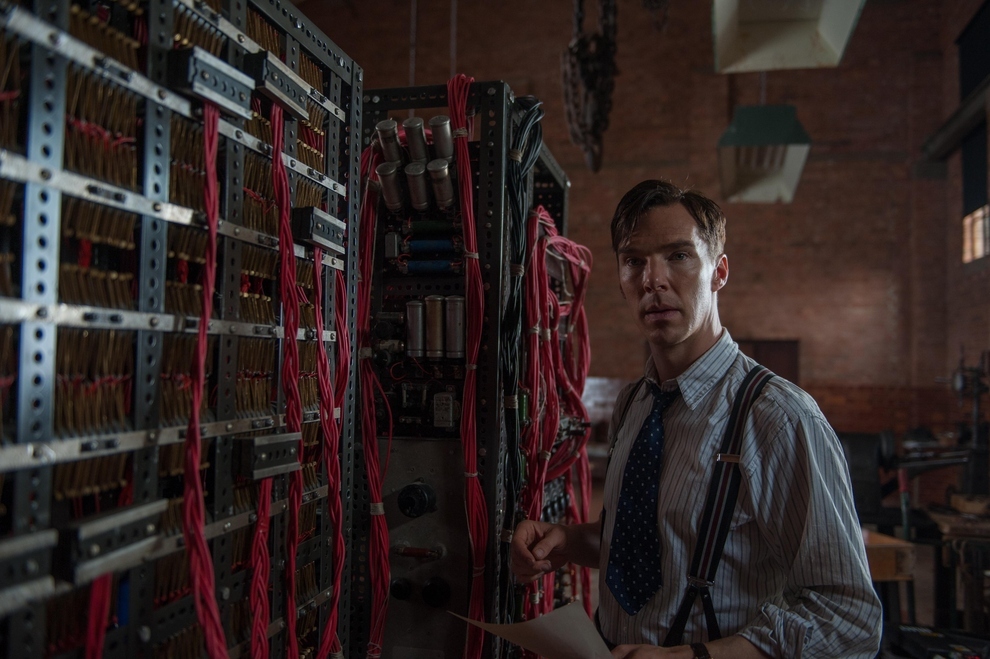 Benedict Cumberbatch as Alan Turing (Photo: Black Bear Pics/Weinstein Company)
The highly anticipated biopic The Imitation Game – starring Benedict Cumberbatch as codebreaking genius Alan Turing – is set to open the London Film Festival with a gala screening this week. In honor of the film’s debut in England, a brand new trailer has been released, which focuses a bit more on the man behind the intellect that helped crack the Nazis’s Enigma code.

Two trailers for the film have already been released, both of which focus on the groundbreaking work done by Turing and his team at Bletchley Park. This newest clip focuses the team of mathematicians assembled to crack the most difficult code the world had ever seen  and the machine that Turing created – considered the earliest computer – to help them do it. The trailer also highlights the growing stress Turing was under to crack Enigma as quickly as possible – as well as to keep the secrets of his personal life from those around him.

Watch the new trailer below:

The Imitation Game is already building quite a head of awards season buzz, having picked up the coveted audience award at the Toronto Film Festival in September, along with a raft of rapturous critical reviews.

The Imitation Game opens in the UK on November 14, and will screen in the US beginning November 21.