Are you a Denise or a Moray? Find out! (Photo: BBC)
The Paradise Season 2 is officially underway and subsequently, we’ve all been transported back into all the Victoria-era relationship drama we can handle.

The lavish department store-based series is definitely upping its game in Season 2, adding in new faces, more complicated relationships, and a fairly involved plot to return The Paradise to its original owner.

To celebrate the return of the show that’s proven to be one of the most popular topics on the blog over the past year – seriously, this post is still going, and it’s been more than a year, and new episodes are actually on-air now – we put together a new character quiz that’s mean to determine where you’d belong in the The Paradise.

Are you more of a Denise or a Katherine?  Or maybe a Moray or a Jonas? 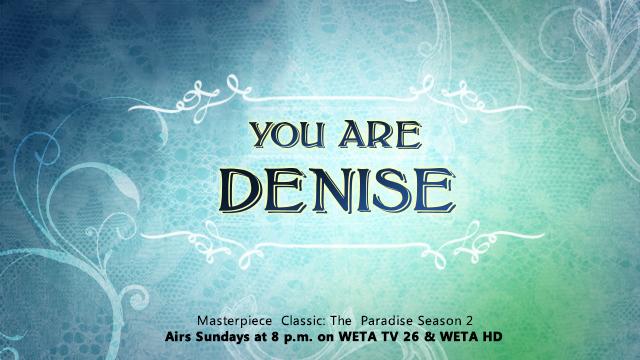 Take our “The Paradise Personality Quiz” and find out!

For those of you who don’t know, I love making quizzes. It’s one of my most favorite things that I get to do – and I’ll totally brag that we were doing these long, long before Buzzfeed made them trendy, just saying. We’ve done them for Downton Abbey and Sherlock and Doc Martin and a roundabout version that was inspired by the Shakespeare plays featured in The Hollow Crown and it’s all great fun.

So, you know, take the rest of them if you haven’t yet, after you figure out where you belong in The Paradise. And don’t forget to let us know who got in the comments.

The Paradise Quizzes Just for Fun