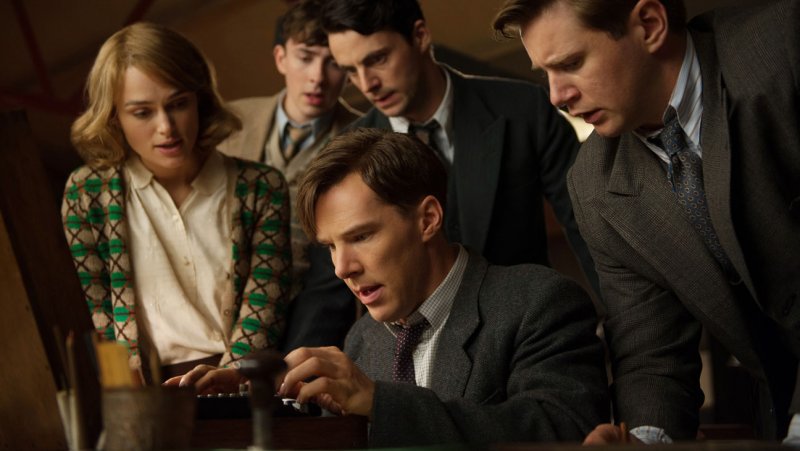 The cast of "The Imitation Game" (Photo: Black Bear Pics/ Weinstein Films)
The 2014 Toronto International Film Festival wrapped up over the weekend, after having premiered many highly anticipated films, hosted countless press interviews and red carpets, and handed out several high profile trophies, in a prelude to the true awards season frenzy later this year.

One of the big winners to emerge from Toronto? A very British film about a very British hero, featuring a very British cast. Highly anticipated biopic The Imitation Game, which tells the story of British codebreaker, genius and hero Alan Turing, walked off with the festival's prestigious Grolsch People's Choice Award for 2014. This honor is bestowed by festival audience members, who vote by dropping a ticket into a ballot box after the screening has concluded, to indicate that they liked a film.  Apparently they liked Imitation Game quite a bit.

(Oh, and if you haven’t seen the trailer for  this film yet, click here and thank me later.)

Why is this early win for this film a big deal? Well five of the last six TIFF Audience Award winners went on to be nominated for Best Picture at following year’s Academy Awards, and three of them won (12 Years a Slave, The King’s Speech and Slumdog Millionaire).  Imitation Game has already had a bit of a buzz around it – if you follow entertainment media at all, then you already know that star Cumberbatch is something of an It Guy in Hollywood at the moment, and the story of Turing is exactly the sort of compelling real life drama that awards season exists to reward.

Watch the cast discuss the film in a press junket with The Hollywood Reporter below:

The Imitation Game is slated to hit US theaters on November 21. Are you planning to see it?