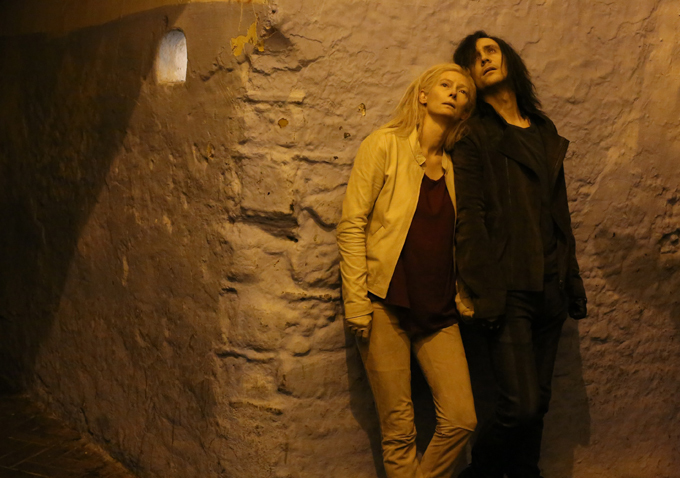 The long-awaited first trailer has been released for upcoming indie vampire romance drama Only Lovers Left Alive, the latest film from director Jim Jarmusch that chronicles the story of two vampires that have been in love for centuries.

The film stars The Avengers and The Hollow Crown fan favorite Tom Hiddleston alongside the always interesting Tilda Swinton, an Oscar winner whom you may remember as the White Witch in the recent Narnia films and also as that woman who lived in the Metropolitan Museum of Modern Art for several weeks as a part of a strange piece of performance art. Hiddleston and Swinton play a pair of vampires named Adam and Eve, who are part of a rather epic love story.

Don’t worry – as you’ll see from the trailer below – Only Lovers Left Alive seems to come with a lot more emotional complexity and existential moodiness than your average vampire flick.

Watch for yourselves below (via ONTD).

The basic story goes something like this: Adam and Eve are currently living on opposite continents, because it would seem this is something you can do when you’re immortal. Adam has become increasingly disillusioned by humanity’s cruelty and culture ignorance and has taken to making a living as a reclusive musician. Adam reunites with Eve, who leaves her home overseas to move in with him in the downtrodden Motor City. They eventually get a visit from Eve’s irresponsible sister – played by Mia Wasikowska – who irritates Adam and eventually causes trouble with the one human with whom the depressed musician gets along.

Only Lovers Left Alive has been screened at a number of film festivals – including the Toronto International Film Festival – in recent months, ahead of its planned release later this year. It is slated to screen internationally from early December, but a domestic US release date is not yet known.  This definitely looks as though it’s one of those movies that will end up getting a slow-build “limited release”, which generally translates to “You’re Still Going to Have to Wait a While to See This If You Don’t Live in New York or Los Angeles”, but hopefully with the growing buzz around Hiddleston generally – which will only be bolstered by the release of the Thor sequel in early November – we won’t have to wait too long.