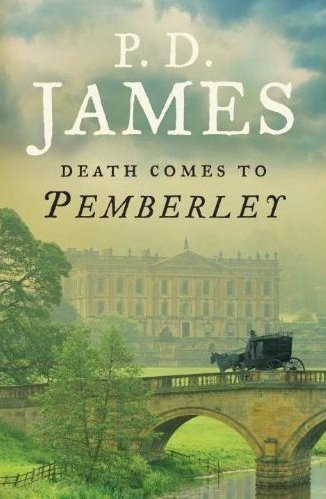 PBS is giving its presentation at the Television Critics Association Summer Press Tour this week, which means lots of information on new and returning programming for fans. Woohoo! One of the biggest announcements to come out of the TCA event this week is that Masterpiece has acquired period drama Death Comes to Pemberley and will be broadcasting the Pride and Prejudice sequel in 2014.

The three-part adaptation is based on the 2011 P.D. James novel of the same name, which tells the story of famous Austen couple Elizabeth Bennet and Fitzwilliam Darcy six years into their marriage and combines a look at their life together with a murder mystery. As preparations are being made for a ball at Pemberley, the discovery of a corpse brings an abrupt and shocking halt to proceedings.

“With its combination of Jane Austen, P.D. James, and this great cast, Death Comes to Pemberley hits the jackpot for MASTERPIECE fans,” says Masterpiece Executive Producer Rebecca Eaton. “Haven’t we all wondered what Elizabeth Bennet’s marriage to Mr. Darcy would be like? And there’s a murder!”

Matthew Rhys – whom you may know from FX’s The Americans or the recent Masterpiece production of The Mystery of Edwin Drood – will star as the famous Mr. Darcy (though we should probably take it easy on the Colin Firth comparisons because he already knows everyone will be thinking about that infamous lake scene in the BBC version). Rhys will be joined The Bletchley Circle’s Anna Maxwell Martin as Lizzie, Birdsong’s Matthew Goode as Wickham and Doctor Who companion Jenna Coleman as Lydia Wickham. Other familiar faces rounding out the period drama’s cast include To the Manor Born’s Penelope Keith, Tom Ward, Waking the Dead’s Trevor Eve, The Vicar of Dibley’s James Fleet and more. So, that all seems pretty fabulous – even if you find that the idea of a Pride and Prejudice sequel takes a few minutes to get used to, it’s hard not to get excited about a cast like this.

Death Comes to Pemberley is currently filming in Yorkshire. This drama is tentatively slated to air as part of BBC One’s 2013 Christmas programming in the UK and will premiere here in the States next year, though there’s no firm American broadcast date as of yet. We’ll keep you posted

What do you think, folks? Does Death Comes to Pemberley sound interesting? Or would you rather leave Pride and Prejudice will enough alone?