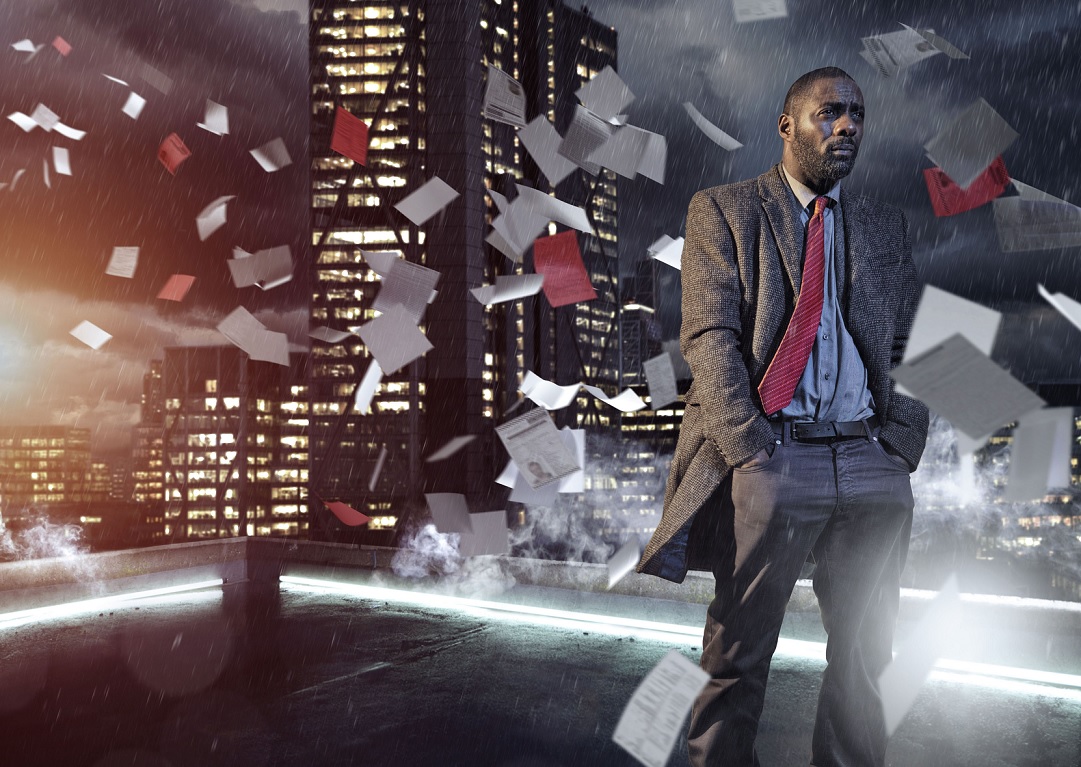 Luther is back! (Photo: BBC Facebook)
Exciting news for fans of quality crime dramas – or really just great British television in general – Luther is returning for a third series later this year!

In this suspenseful (okay, often downright dark) drama, Idris Elba plays Detective Chief Inspector John Luther, a brilliant but haunted homicide detective who works for the Serous and Serial Crime Unit, tracking down the worst sorts of offenders. Elba won a Golden Globe in 2011 for his performance as the obsessive Luther, who can’t quite shake the darkness of the crimes with which he deals.

The four new episodes will see Luther faced with two conflicting crimes to investigate and a ruthless cop determined to bring him down.  Warren Brown is back as the loyal DS Ripley and Ruth Wilson will reprise her role as serial killer Alice Morgan, who has a rather complicated relationship with Luther. Resident Evil’s Sienna Guillory will be introduced as a new love interest for the detective, so it seems Luther might be finding a bit of personal happiness for once, as strange as that sounds.

Take a look at the BBC trailer below.

Series 3 of Luther will premiere this July on BBC One and is slated for a Fall run on BBC America, in a special four-night broadcast event from September 3-6.

If you are a fan of crime dramas, film noir or exceptionally tense procedurals, do give Luther a try if you haven’t seen it yet. Both Series 1 and 2 are available to watch on Netflix’s online streaming service, and the show’s certainly one of the best bits of British television produced in the last few years. It’s not a perfect show – it does tend to veer a bit towards the melodramatic in certain moments and can occasionally feel more like a pulp comic than a serious drama. Nevertheless, few crime procedurals are as dark or as suspenseful as this, and even if you might roll your eyes at some bits, it’s a fantastic ride.

Thoughts? Are any of you big fans of Luther? What would you like to see happen in Series 3?