Based on the Pulitzer Prize winner’s final unfinished novel, The Buccaneers follows the adventures of a group of wealthy American heiresses on the hunt for respectability and social status among the titled but genteelly impoverished British aristocrats of the late nineteenth century. These young women, often the daughters of nouveau riche families whose riches came from various business ventures rather than inheritance, could provide these land-poor gentlemen with needed cash in return for the classically respectable titles and legitimacy that come with such large estates.

This story will likely be familiar to many Masterpiece fans, thanks to the 1995 BBC miniseries starring Carla Gugino, Alison Elliott, Rya Kihlstedt, and Mira Sorvino. (And to the fact that it’s the basis for Robert and Cora Crawley’s marriage on Downton Abbey.)

Although Apple TV’s The Buccaneers-based series still doesn’t technically have a name yet, that hasn’t stopped the streamer from steadily adding names to its seemingly ever-expanding cast list. Kirby is just the latest buzzy get.

Kirby will take on the role of  Miss Laura Testvalley, the American’ girls English chaperone. She is responsible for inviting girls to the London debutante season and initially appears to be a kind and amiable friend before it is revealed that she shares a secret with Conchita’s husband, Lord Richard, and is manipulating the invitation. 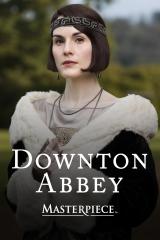 The official logline describes the series as follows.

Girls with money, men with power. New money, old secrets. A group of fun-loving young American girls explode into the tightly corseted London season of the 1870s, kicking off an Anglo-American culture clash as the land of the stiff upper lip is infiltrated by a refreshing disregard for centuries of tradition. Sent to secure husbands and titles, the buccaneers’ hearts are set on much more than that, and saying “I do” is just the beginning...

Production on the series is already under way, but there's no word yet about when we might expect to see it on our screens. (Or what the show will be called when it gets there.)

Lacy's love of British TV is embarrassingly extensive, but primarily centers around evangelizing all things Doctor Who, and watching as many period dramas as possible.