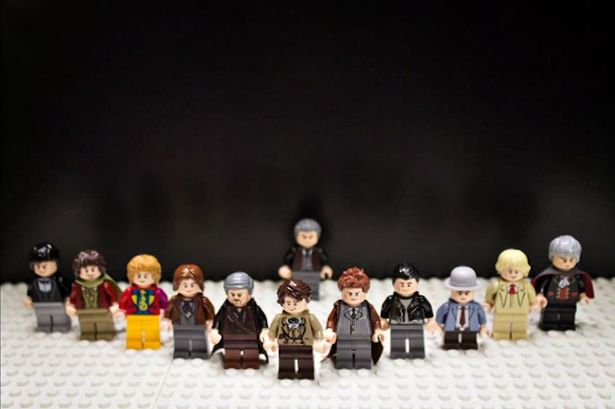 The Doctor, in all his incarnations, in LEGO. (Photo: Bookshelf Productions, via Youtube)
Making LEGO versions of things has become a popular trend in fannish circles over the last few years (spurred on, no doubt, by the financial and critical success of The LEGO Movie, which is basically what it says on the tin). You have a favorite show or movie? Chances are, some uber-creative soul out there has LEGO-ized it for you, whether it’s bits from Sherlock episodes or Star Trek trailers or the Downton Abbey estate or  The Hobbit redone with mini-figures,

Now someone has re-done last year’s Doctor Who 50th anniversary block-for-block and it is incredible.

Watch for yourselves and get ready to be amazed.

The LEGO version of Ten is everything. (The coat!) I only wish that Christopher Eccleston had actually participated in the anniversary special so we could have seen more of that Ninth Doctor minifigure – it looked amazing!

And yes, in case you were curious, it is possible to get sappy over tiny plastic flashback Doctors.