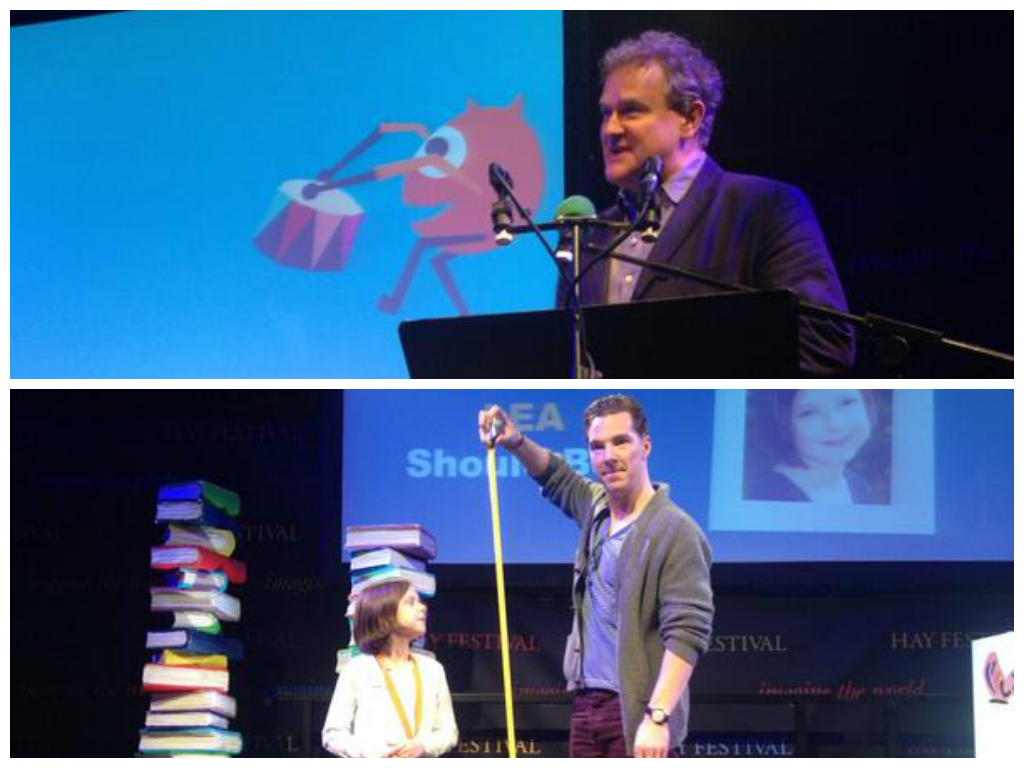 (Which is a task that, if you’ve read this blog for any length of time at all, we all know I would fail. Badly.)

The gold, silver and bronze winners were announced last weekend at the annual Hay Literary Festival. The Top 50 finalists were all invited to attend the event and the winning six were read – and broadcast live on the radio – by an array of notable famous folk, including Downton Abbey’s Hugh Bonneville, Harry Potter’s Matthew Lewis, Sherlock’s Benedict Cumberbatch, singer Paloma Faith, Barney Harwood and Dick ‘N’ Dom.

Here’s a handful of the voices you’re most likely to recognize - reading the winners from the 9 & under age group.

The bronze entry, Should-Be’s by Juliette Lee, as read by Benedict Cumberbatch:

To hear all the winning entries, visit the 500 Words site.