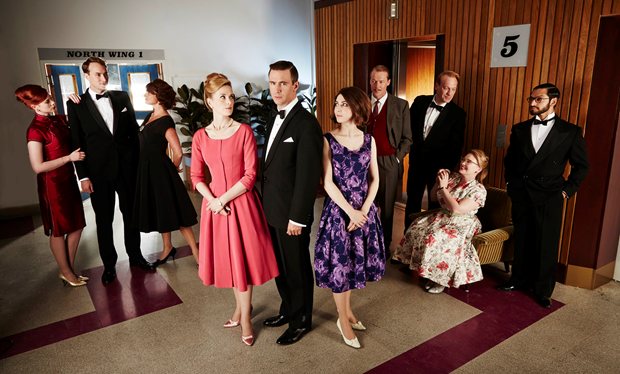 The drama follows the lives of a group of doctors and nurses in a 1960s London hospital, a world in which everything and everyone has their place. But underneath this veneer simmers a cauldron of lies, deceptions and guilty secrets, driven by love, ambition and sex. To be honest, it sounds (and even looks!) a bit like a medical drama version of AMC’s critical darling Mad Men.

The series stars Jack Davenport – an actor whom many of you will recognize from his roles in Smash and the Pirates of the Carribean films and, is, let’s face it a worthy heir apparent to Gregory Fitoussi’s title of Reigning Masterpiece Dreamboat. He plays Otto Power, a brilliant and charismatic surgeon who passionately believes he can make a difference in women’s lives, and is willing to risk everything for those beliefs.

Plus: It just looks like it’s going to be a lot of fun.

Watch the ITV trailer (and its fantastic soundtrack) below:

According to the official press release, the series opens in 1961, a time when Britain was on the brink of the ‘60s revolution – abortion is illegal and the contraceptive pill is only just available to married women. Set in and around a busy Gynecology unit, medicine becomes the perfect stage to play out the shifting and complex moral codes of early 1960s society.

The drama is set to kick off August 24, and will run Sunday nights through September 7.