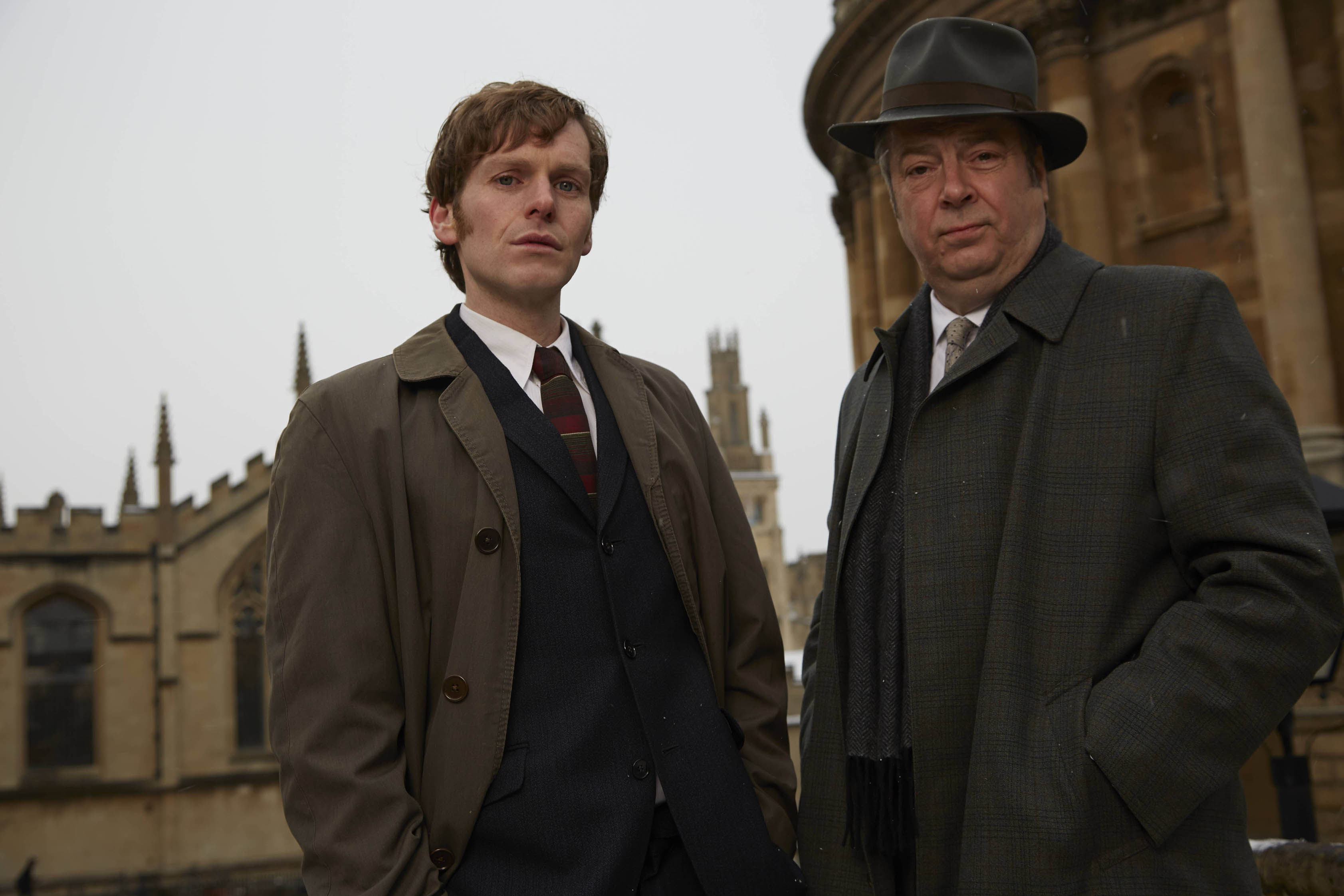 Shaun Evans and Roger Allam from "Endeavour" (Photo: Courtesy of (C) Patrick Redmond/ITV/Mammoth for MASTERPIECE)
The highly anticipated second season of Endeavour has an official US air date at last! The Inspector Morse prequel is currently wrapping up its Season 2 run in the UK, and will then make its way fairly quickly to American shores, beginning on Masterpiece Mystery Sunday, June 29.

Shaun Evans returns as a young Endeavour Morse, along with co-star Roger Allam as Morse’s partner, DI Fred Thursday, as the two investigate various crimes in the 1960s. The series is written by acclaimed screenwriter Russell Lewis, who also wrote for the original Morse mysteries.

Endeavour follows the story of a young Morse the early days of his career, after leaving his Oxford college without taking a degree and joining the police force. Series 1 aired last summer as part ofMasterpiece Mystery to a very warm reception from fans who have embraced this additional chapter in the world of Inspector Morse.

The second season will also be comprised of four feature-length episodes: Trove, Nocturne, Sway and Neverland.

“1966 brings Endeavour a fresh quartet of baffling mysteries set to test his brain and body to breaking point,” says Lewis. “Though offset by the possibility of love unlooked for, against a backdrop of growing change in Britain and the wider world, Endeavour must face a challenge that threatens to take from him all he holds dear… Family. Friends. Colleagues. The old order changenth… but not without a fight. To the death.”

Watch the ITV trailer for Endeavour Season 2 below:

The June 29 premiere date will pair Endeavour with the return of another popular British drama – the second season of BAFTA Award-winning drama Last Tango in Halifax also begins that night in the 8pm block. So, get comfortable folks, there’s a lot of really great British television headed your way this summer from PBS!

Are you looking forward to more Endeavour? Let us know in the comments!