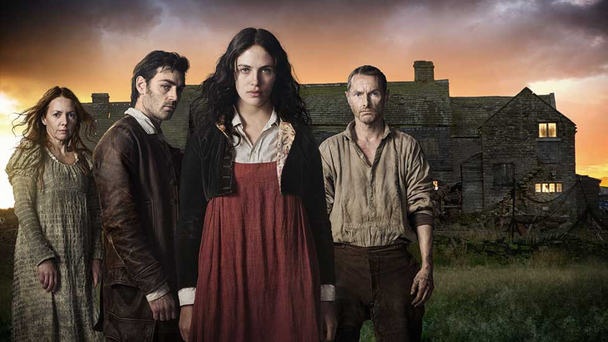 Former Downton Abbey star Jessica Brown Findlay, while very much missed by all who love the Crawley clan, has really been doing rather well for herself since she took her leave from the gang at Highclere Castle.

After all, she’s starred in a movie with Colin Farrell and Russell Crowe, made a time-twisting medieval period piece based on a popular novel, and just recently finished filming with Harry Potter himself, Daniel Radcliffe.  And now she’s got a brand new BBC drama headed our way.

Findlay next stars in a particularly dark and eerie looking television adaptation of Daphne Du Maurier’s gothic novel Jamaica Inn. Set in Cornwall in the 1820s, the story follows the journey of the young and spirited Mary Yellan, who is forced to live with her Aunt Patience following the death of her mother.

Watch the trailer for yourselves below and see what you think:

According to the official synopsis, the story goes like this: Despite pressure to marry local boy Ned after her mother’s death, Mary refuses to compromise. Though Ned is kind to her, she doesn’t love him and won’t marry without love. Mary declines Ned’s proposal, and journeys to Jamaica Inn in Cornwall.

Mary arrives at the isolated Inn to discover her Aunt is a shell of the carefree woman she remembers from her childhood, and instead finds a tired and anxious woman who is firmly under the spell of her domineering husband Joss.

Joss is the head of a gang of men who smuggle all along the stretch of the Cornish coastline. It’s dangerous and violent work and when Joss isn’t smuggling, he is drinking heavily to forget all that he has seen. To complicate matters further Mary finds herself drawn to the enigmatic Jem Merlyn, but Jem is her uncle’s brother and therefore not to be trusted in Mary’s mind - although her heart may say otherwise...

Life at Jamaica Inn challenges Mary’s black and white perceptions of morality as she finds herself living among smugglers in a lawless land where no one is quite who they seem. When she thinks she has witnessed a murder, Mary wonders at what cost she will stay silent.

Basically, if you’re familiar at all with the twists in Du Maurier’s famous Rebecca, you know the most likely kind of story to expect going in here. Dun dun dunnnnn….

Jamaica Inn is slated to air in the UK later this month. And, rumor has it that it may make its way to public television in 2015, but, I rather like the look of this so let’s all cross our fingers that’s sooner rather than later, yeah?

Thoughts on this? Do you like Du Maurier’s work? Do you think Brown Findlay is believable as a heroine in one of her stores?