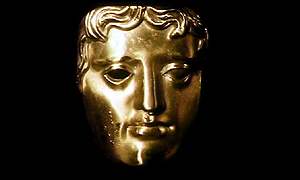 The BAFTA.
With two weeks to go until the Oscars are presented, the British Academy Film Awards had their say this past weekend at London’s Royal Opera House with resident host Stephen Fry presiding. While you can check out the entire list of winners here, it would be a bit dull to go through each and every award and appearance of note. Therefore I have condensed the event into a few of my favorite moments.

Read on for more.

Of all the British films I’ve seen this year, Philomena was the one with which I was most impressed. Dame Judi Dench signals quality, of course, but I was most intrigued by Steve Coogan’s part in all this. If you’re not familiar with Coogan’s typical style, it tends toward awkward humor. He has an array of flawed comedic characters in his stable with Alan Partridge as poster boy of the bunch.

Therefore when I heard Coogan was not only starring in but had also co-written and co-produced this quietly heartbreaking yet funny film, I had to see it. I’ve been so proud of him ever since.

Will Poulter voted the EE Rising Star of 2014.

The Rising Star Award is given to a young breakout actor or actress from the past year. Nominees are chosen by BAFTA members; however the winners are selected by public vote.  I looked back through past winners and I believe the public may have made some unwise choices in hindsight –Noel Clarke (Mickey from Doctor Who) over Michael Fassbender or Rebecca Hall; Kristen Stewart of Twilight fame over Nicholas Hoult, Jesse Eisenberg and Carey Mulligan, for example.

I don’t know if young Will Poulter will end up being a lasting talent in the industry but I do know he was the best part of the comedy We’re the Millers.  He also gave a very humble and sweet acceptance speech:

Not thrilled that Gravity won for British film since, of the six nominees, it seemed the least British on its face. Nevertheless, I did appreciate Cuaron’s self-deprecating acceptance speech for the directing award, particularly the comment about his work in the UK making him a very good case for curbing immigration.

The film industry is a global melting pot and a compelling story well told is the goal. It appears Cuaron enjoys telling his stories with UK filmmakers and everyone involved is enriched by such a collaboration.

It goes without saying that after nine years, Stephen Fry has honed his excellent hosting skills to virtual perfection. Therefore it should come as no surprise that many of the BAFTA ceremony’s highlights come courtesy of Stephen himself.  Unfortunately none of these moments I’m about to reference have been uploaded to anywhere I can find so I’ve had to find substitutes to demonstrate some of these points.

1. I reckon Stephen Fry has been asked to host the BAFTAs on so many occasions due in great part to his virtuosity with the spoken word. Here is Mr. Fry explaining some of his influences on what he calls his “linguistic awareness”.

3. Fry introduced Best Film category presenter Christoph Waltz to the audience in German. And even though I’m not sure it wasn’t just babble, it certainly sounded impressive. To be fair, Fry has spoken German in public before.

4. In his closing remarks, Fry encouraged aspiring filmmakers and writers to join the ranks of the evening’s winners, to dare to tell their stories. His encouragement was by no means condescending; on the contrary, it was beseechingly sincere. Thanks very much Stephen, I think I will…

Other bits and bobs I liked:

-Cate Blanchett dedicating her award for Best Actress to her friend, the late Philip Seymour Hoffman. That was a classy gesture, I thought.

-And finally my one and only fashion note - Dame Helen Mirren's dress was pretty.

If you watched the ceremony, what surprised you, made you cheer or even disappointed you? Please share your thoughts on this year’s BAFTAs in the comments below.