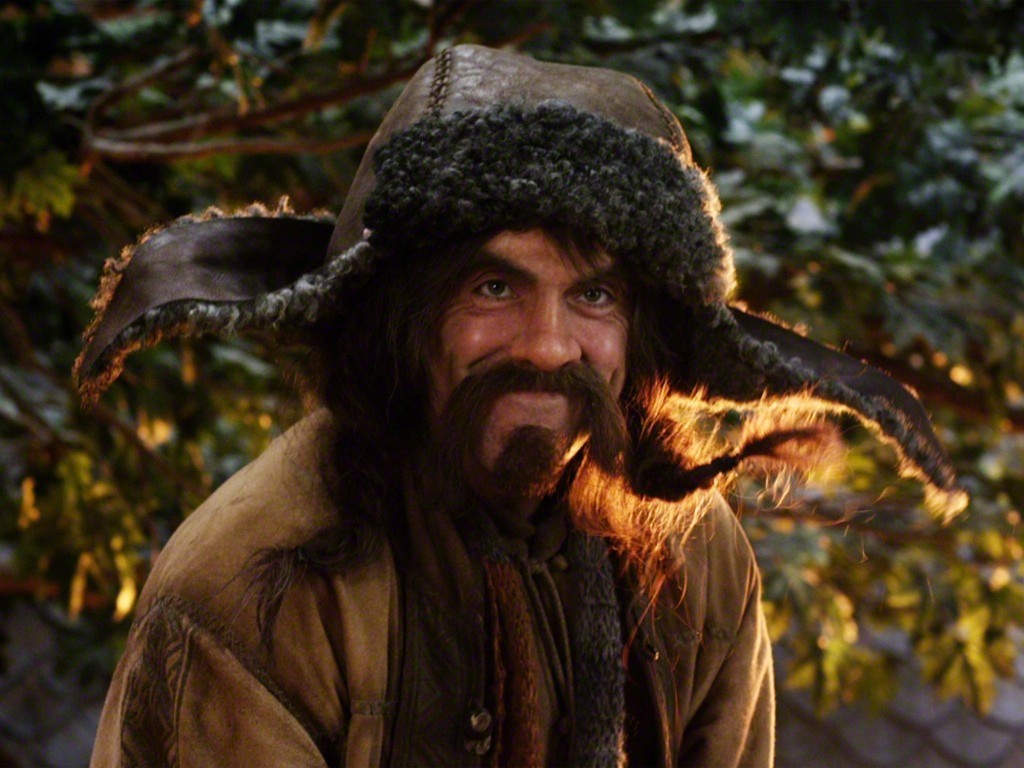 James Nesbitt in Peter Jackson's "The Hobbit" (Photo: Warner Bros. Picturess)
Today’s “actor you should know” owns half a prize winning race horse, has acted as a UNICEF UK ambassador since 2005 and is the current Chancellor of the University of Ulster, no less.  A proud Northern Irishman, James Nesbitt is a big fan of sport (particularly Manchester United and his hometown team, Coleraine) and has recently started presenting travel programs including one entitled James Nesbitt’s Ireland.

You may wonder how this charming, talented fella finds time for his main job – acting.  But Nesbitt’s been working steadily since the early 90’s and it doesn’t appear that he’s planning on letting up anytime soon.

Let’s look at a small sampling of his many excellent roles over the years.

Ballykissangel – If you’re a public television viewer no doubt you’ve seen an episode or two of this quirky village dramedy. In Series 1, James plays Leo McGarvey, the journalist who comes to town for some good old fashioned political muckraking and also with the intention of reconnecting with an old flame…

Ballyk: "I don't think I've ever really loved anyone else"

Leo returns in a later series having won the hand of the fiery landlady (Dervla Kirwan) of Fitzgerald’s pub, but alas he doesn’t hang around for too long.  If you’d like to see what becomes of Assumpta’s poor groom, Ballykissangel is available on Amazon Instant Video and Netflix DVD.  The likelihood is also high that your PBS channel airs the BallyK saga from time to time so check your local listings.

Cold Feet – Adam Williams is the role that put Nesbitt on the map in the UK and won him several awards in the process. A serial monogamist, Adam is a romantic who loves big gestures yet clearly has a mistrust of commitment. However, when Rachel (Helen Baxendale) quite literally runs into him in the grocery store parking lot, Adam gets the feeling he may have met “the one.”

Though set around three couples connected to one another through school friendships, work and the like, make no mistake, Cold Feet is not a British version of Friends.  Its lighthearted tone and moments of surrealism are punctuated by tragic events and real life relationship woes. And may I say Nesbitt plays both end of the spectrum exceedingly well?

The first three out of five series of Cold Feet are available on Hulu as well as on Region 1 DVD.  The unavailability of the final seasons is unfortunate because they include some rather important plot twists and resolutions.

Bloody Sunday. This documentary-style film recreates the January 30, 1972 incident that took place when British Army troops fired upon a crowd of peaceful protestors in Derry, Northern Ireland. Nesbitt plays Ivan Cooper, an idealistic MP and civil rights activist who organized the march and was responsible for picking up the pieces immediately after the confusion of the tragedy.

Written and directed by Paul Greengrass (Captain Phillips) this film is a tension filled, fly on the wall account that left me exhausted and holding back sobs at the end. Bloody Sunday is a great example of Nesbitt’s dramatic chops and an important part of the history of the Troubles in Northern Ireland. It’s available on Amazon Instant Video and Netflix DVD.

Murphy’s Law – Nesbitt takes on the dangerous world of undercover police work as Tommy Murphy, an cop from Belfast with a tortured soul and a guilty conscience.  As penance, he gives one hundred percent to the job and finds himself, or someone he cares about, in peril at least once in the course of every case.

(Yes, that was a young Michael Fassbender in that scene.)

Murphy’s Law is interesting if you watch the seasons in order because as the show progresses, the tone gets darker and darker. Tommy starts out as a smart aleck cop who gets by on his charisma even though we know the pain he’s repressing beneath the twinkle and cheek. By the time we reach the series finale, Murphy is in a very dark place indeed and the viewer is left with a shocking cliffhanger ending.

All five series of Murphy’s Law are available on Region 1 DVD.

Occupation – This mini-series about three British Army soldiers in Iraq stars our Nesbitt as Mike Swift, the most experienced, level-headed and heroic of the trio.  But a warzone is an unpredictable place. In the course of rescuing an injured child caught in the crossfire of an operation to infiltrate a sniper’s hideout, Swift meets Iraqi doctor Aliya Nabil (Lubna Azabal) and subsequently falls for her.  His obsession colors his decisions even after his tour of duty is finished and results in tragic consequences for more than one person that Mike loves.

Also starring Stephen Graham and Warren Brown, this intense BAFTA award-winning series about soldiers and their halting attempts to return to civilian life can be streamed on Amazon Instant Video and Netflix.

The Way – Written and directed by Emilio Estevez, The Way follows Thomas Avery (Martin Sheen), a grieving father as he treks the Camino de Santiago in honor of his son who died in a storm while making the pilgrimage himself.  On this journey, Tom is joined by others hiking the trail.  Nesbitt plays Jack, a somewhat manic Irish travel author with writer’s block. At first Jack is desperate to exploit Tom’s harrowing yet touching tale, but after walking together for some time, the two men come to a place of mutual respect and agreement.

Though I found The Way to be a bit heavy handed in its message, it is cinematically beautiful and satisfying self-discovery story. It can be streamed on both Amazon Instant Video and Netflix.

The Hobbit – Finally we come to Peter Jackson’s latest Tolkien adaptation.  With an epic cast and as one of an entire band of dwarves, I knew James wouldn’t have a huge role in this series.  Nonetheless, I was happy to see that Bofur, a fun loving and tender hearted soul had a chance to shine in the first film, An Unexpected Journey.

The Hobbit: An Unexpected Journey - Bilbo and Bofur (Full HD)

An Unexpected Journey can be found on Amazon Instant Video or in Region 1 DVD. The Desolation of Smaug can still be seen in theaters.

There are so many excellent roles of Nesbitt’s that I didn’t have room to mention – from Jekyll to Five Minutes of Heaven to Millions.  And while I couldn’t find a clip of Jimmy as Pig Finn, the odoriferous farmer in the classic Waking Ned Devine, please enjoy this song from the soundtrack that features his lovely singing voice.

Shaun Davey - Beyond Dreams And Spirits