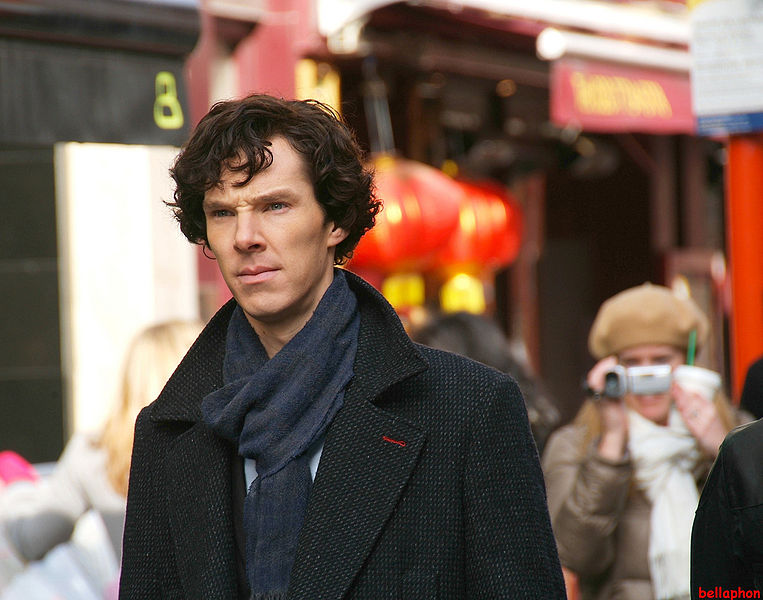 From Sherlock to Shakespeare? Apparently. (Photo via user bellaphon on Flickr)
Start comparison shopping for flights to London now, Benedict Cumberbatch fans - it looks like that whole rumored production of Hamlet? Not so much a rumor anymore.

In a recent interview with USA Today, the Sherlock star himself confirmed that Hamlet is definitely a go, at some point in the Fall of 2014 in London’s West End. When discussing what his upcoming projects might include, Cumberbatch declared, “I know for certain I'm doing Hamlet sometime in autumn on the London stage.”

“Before that,” he continued, “There are all sorts of film projects flying around, but the one that looks most real at the moment is Lost City of Z with James Gray.”

So there you have it, straight from the horse’s mouth, we can all basically start camping out at the British Airways ticket counter immediately. Not really, obviously, as no firm dates, theater location, other cast members or basically any specifics at all have been determined, but still. It’s actually going to happen!

This will be Cumberbatch’s first stage appearance since his 2011 turn in Danny Boyle’s award-winning production of Frankenstein opposite Elementary star Jonny Lee Miller. The duo rotated between playing Frankenstein and the Creature and won a positive boatload of awards for their (quite remarkable, really) performances in the show.

Cumberbatch has spoken at length in the past about his desire to play the iconic Prince of Denmark. In an interview with The Telegraph last year, he said “I hope to return to theater soon, hopefully as Hamlet, as it’s a role I’ve been interested in for a long time.”

“I don’t know if there is such a thing as a right age to play the part,” he explained, “but 36 or 37 seems appropriate to me so I need to do it before long.”

In playing Hamlet, Cumberbatch will join a long list of high-profile actors who have tackled what is arguably Shakespeare’s most famous role, including Rory Kinnear, David Tennant, Michael Sheen, Ben Whishaw, Jude Law and more.

Director Lyndsey Turner is rumored to be attached to this particular production, as well as theatrical producer Sonia Friedman. Given Cumberbatch’s rising popularity around the world, it seems safe to say that this Hamlet is likely to be a very successful one.

Do you think Cumberbatch will make a great Hamlet? Or would you rather see him tackle a lesser-known Shakespeare role?