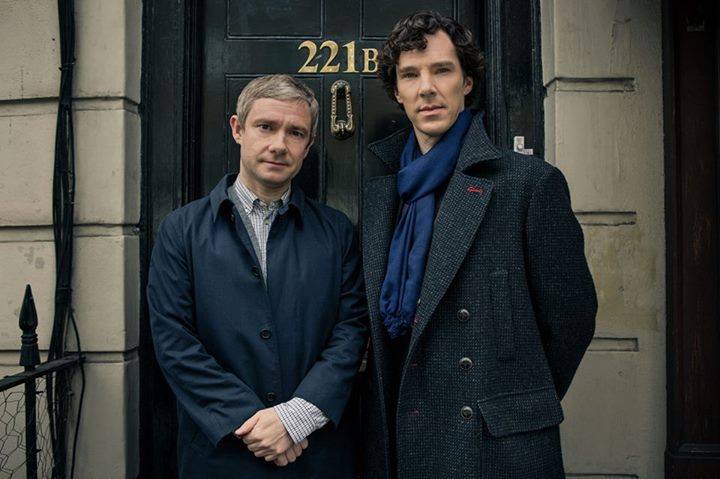 Sherlock and John look to be waiting very patiently for Series 3 (Photo: (Photo: Courtesy of (C)Robert Viglasky/Hartswood Films for MASTERPIECE)
Two new images from Sherlock Series 3 filming have been released by the BBC and while – yet again – they don’t show any actual episodic shots that are clear enough to figure out what’s going on, they’re still quite lovely to look at.  (These have apparently been out for a week or so, but what with all the other Sherlock news of late, seem to have passed under our radar. Apologies!)

I think we’re all assuming these two must be from sometime near or around filming of the Holmes/Watson reunion and subsequent fall-out, right?

Everyone looks so angsty! Freeman’s expression here is particularly amazing. That better be in an episode.

See the new shots for yourselves below, courtesy of the BBC. 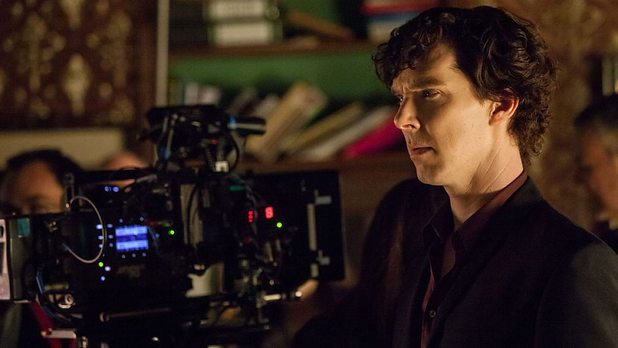 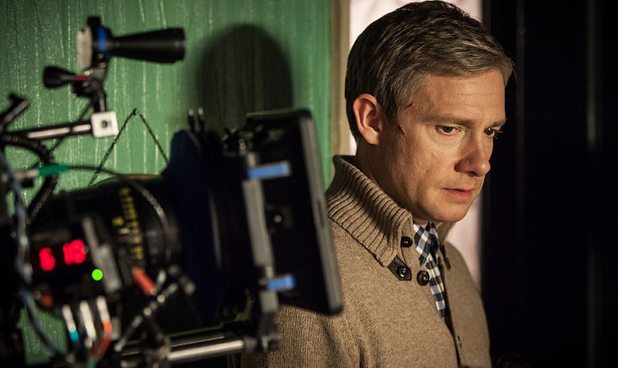 This is the second batch of behind-the-scenes photos from Sherlock filming released by the BBC, ostensibly because they have to placate a fanbase that’s been waiting for new episodes for nearly two years. Series 3 premieres on January 19 in the US, but will begin a couple weeks prior in the UK, premiering on January 1.

Series 3 will be comprised of three episodes -  The Empty Hearse, written by Mark Gatiss, The Sign of Three, written by Steven Thompson and His Last Vow, written by Steven Moffat. Two teaser trailers have already been released for the new season – but true to the “teaser” moniker, they barely reveal anything storyline-wise, other than the fact that Sherlock Holmes isn’t really dead, and that John Watson’s life has changed since his best friend “died,” both of which are facts we already knew.

Guess there’s nothing to do but wait, huh? At least the day we actually get to see Series 3 for ourselves is inching ever closer? It’s the little things. Or so we keep telling ourselves at any rate.