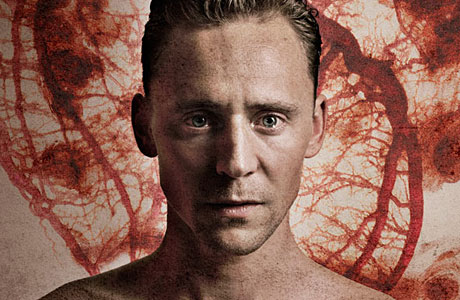 Tom Hiddleston, internet darling and star of such fan favorites as The Hollow Crown and the Thor movies, is taking to the stage for his next role. He’ll be starring in the Donmar Warehouse’s production of Coriolanus in London, playing the lead role opposite an all-star cast that includes Sherlock’s Mark Gatiss among its ranks.

The West End production is sold out for the duration of its run (the Donmar Warehouse is an infamously small space), but the show will be broadcast worldwide through the National Theatre’s (awesome) NT Live program on January 30. Many international encore dates are set around the world in February, so check your local theaters for exact screenings.

It looks fantastic – and it’s okay if you’re also super jealous of those lucky folks that score tickets in London!

Click through for more details about the show, including a preview and some rehearsal photos.

Watch Hiddleston preview the play and discuss its themes, particularly as regards the struggle between popularity and personal integrity in politics:

Get your first look at some rehearsal photos below, courtesy of the NT Live and Donmar Warehouse Twitter feeds.

Deborah Findley plays Coriolanus’ mother Volumnia. (Spoiler: this is one of the more awesome roles for women in Shakespeare – and so underappreciated)!

Here’s a shot of Brigitte Sorenson, will be playing Coriolanus’ wife Virgilia:

This show has an awful lot of fighting in it:

FYI for DC-area folks, Coriolanus will be screening at the Shakespeare Theater on February 17 and tickets are on sale at their website.

Are you excited to see Hiddleston do more Shakespeare? Planning to see a screening?