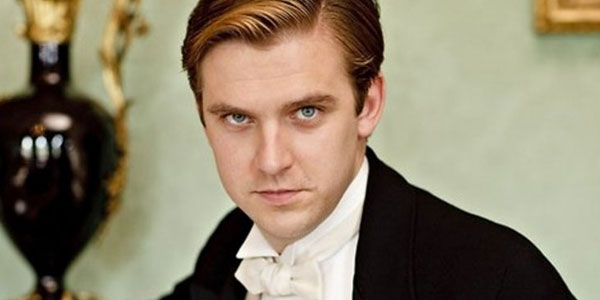 Dan Stevens, knight in shining armor? Maybe. (Photo: Courtesy of (C) Carnival Film and Television Limited 2011 for MASTERPIECE)
Life goes on, even once you leave Highclere Castle it would seem. Downton Abbey star Dan Stevens has kept pretty busy since departing the megahit costume drama – with roles in Wikileaks biopic The Fifth Estate, romantic drama Summer in February and crime drama A Walk Among the Tombstones, as well as some voicework on sci-fi CW series The Tomorrow People.

Now Stevens looks set to join the third installment of the family-friendly Night at the Museum series with Ben Stiller and Robin Williams, which basically follows the story of a night guard (Stiller) who discovers that all the exhibits in museums come to life after the buildings shut down. We know that security guard Larry will be headed to London for this go-round, so get your guesses as to the film’s location in early. My money’s on the Museum of Natural History, simply because the space is so gorgeous, but, on the other hand, you kind of can’t beat the British Museum in terms of sheer volume of neat things that could come to life.

Stevens will play Lancelot – yes, that Lancelot – in the sequel, though what exactly a character from Arthuriana is doing in this story is unclear, though Stevens is obviously a perfect “type” to play a knight, wouldn’t you say? Interestingly enough, however, according to The Hollywood Reporter Stevens’ Lancelot is somehow the villain of the piece, which is already kind of a big shift from the King Arthur stories, so who knows what to expect going forward. It’s always amusing to see that the concept of British Evil for Hire – a tradition upheld so admirably by Benedict Cumberbatch, Tom Hiddleston, Ralph Fiennes and others in recent years – is being put to good use in another blockbuster film, though. And, of course, it’s also lovely that Stevens has landed himself a part in a major studio tentpole, even if the role is a bit odd.

Night at the Museum 3 will begin shooting in February and while it’s rumored to have a late 2014 release date, that seems a bit overly optimistic given the amount of special effects work that will have to be done in post-production, but we’ll have to wait and see.

What do you think of Stevens’ newest role? Is this the sort of film you imagined him in after Downton? Would you go see it?