Doctor Who fans around the globe are counting down the minutes until November 23 and The Day of the Doctor – the official broadcast of the iconic sci-fi series’ special 50th anniversary episode.

With just over a month to go until transmission, we’ve still seen no trailer for the special and we have only the sketchiest details about its plot. However, we finally do get a glimpse of what the episode has in store for us – the BBC has released a handful of pictures from The Day of the Doctor which, while not as good as a trailer, are plenty enough to start getting fans exciting and start whipping up speculation about what we can expect to see in this highly anticipated installment.

The new photographs feature current Doctor Matt Smith, former Doctor David Tennant and nebulous, as-yet-unidentified-how-he-quite-fits-in-yet Doctor John Hurt. While none of the new pictures reveal anything in the way of plot, they at least show all three Doctors together, as well as several other current and returning characters.

And, of course, it’s always fun to see what we can deduce from these seemingly harmless images. Let the speculation (and wild excitement) begin! 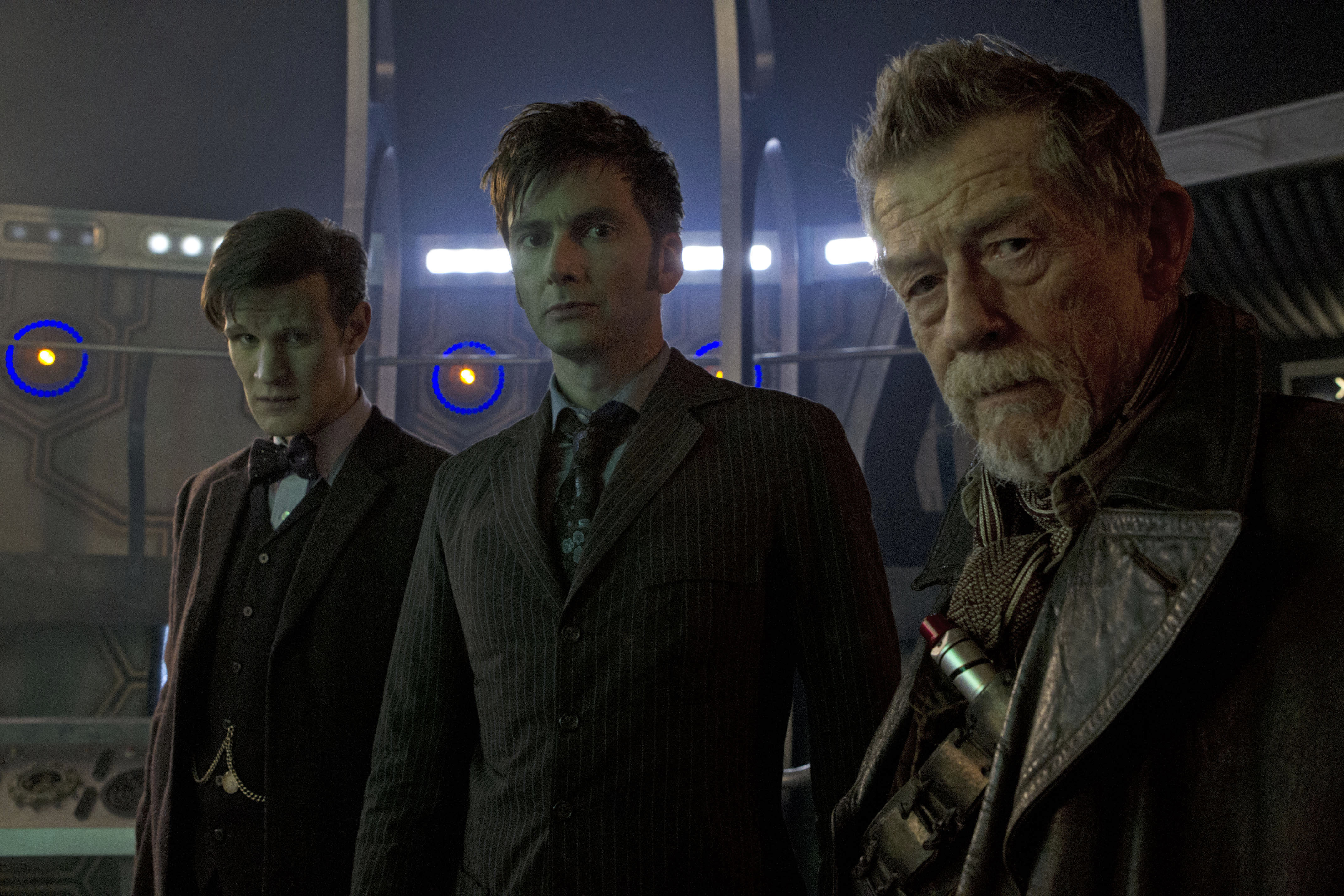 As this is a much clearer look at Hurt’s Doctor than we have seen in the past, it’s quite interesting to speculate about what his appearance might mean – just saying, that leather jacket looks quite a bit like the one worn by Christopher Eccleston’s Nine, doesn’t it? 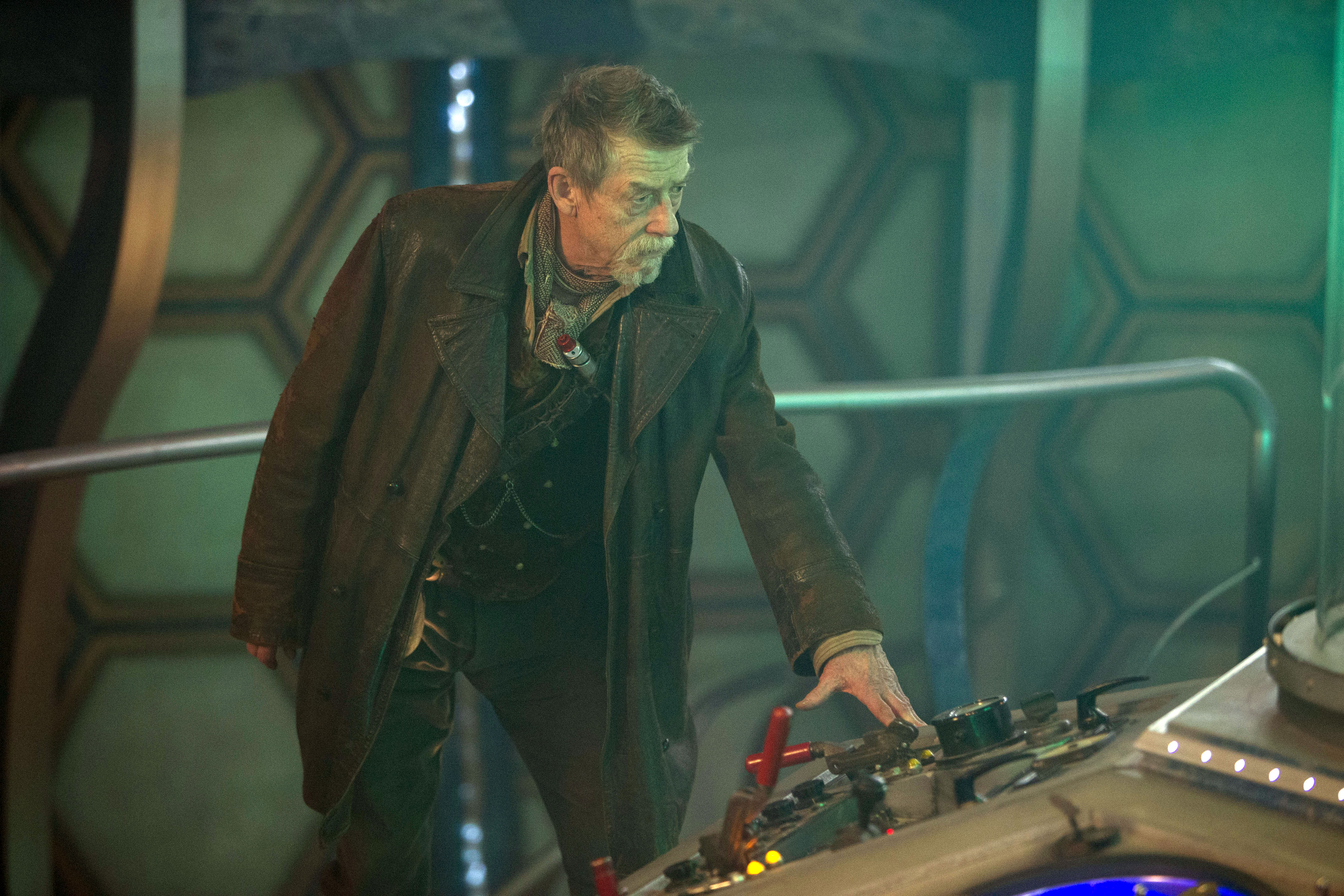 It’s also interesting to note that we see Hurt’s Doctor’s sonic screwdriver, which features a red emitter and looks quite different from the sonics wielded by any of the Ninth, Tenth and Eleventh Doctors (and even River Song, come to that). The way he carries it in something that looks like a gun holster is also interesting. This all lends credence to the fan theory that Hurt is some secret or rogue incarnation of the Doctor whose existence is being denied or hidden by Gallifrey in some way

That’s not the only pseudo-blast from the past we get either. There’s also a photo of Ten working busily away at a TARDIS console, though eagle-eyed Whovians have already spotted that this is in fact Ten’s TARDIS console, from before his regeneration necessitated a complete overhaul of the interior. 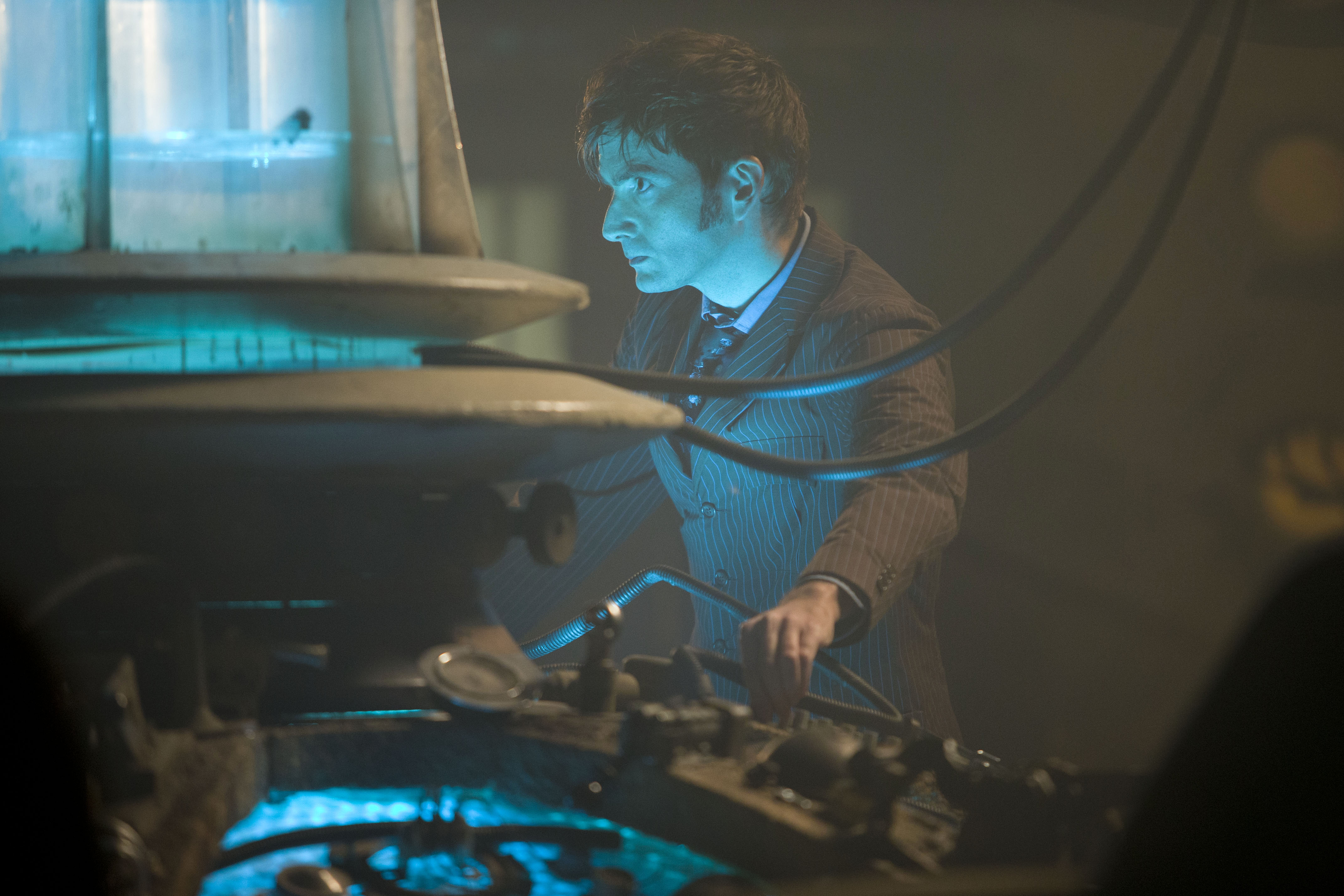 Fun fact:  Tennant’s TARDIS set currently resides at the Doctor Who Experience in Cardiff, Wales – an exhibit which features many Who sets and costumes that fans can go visit up close and personal. (I've done it. It's loads of fun.)

We also get a look at companion Jenna Coleman’s Clara and the return of Jemma Redgrave as the Brigadier’s daughter Kate Stewart. 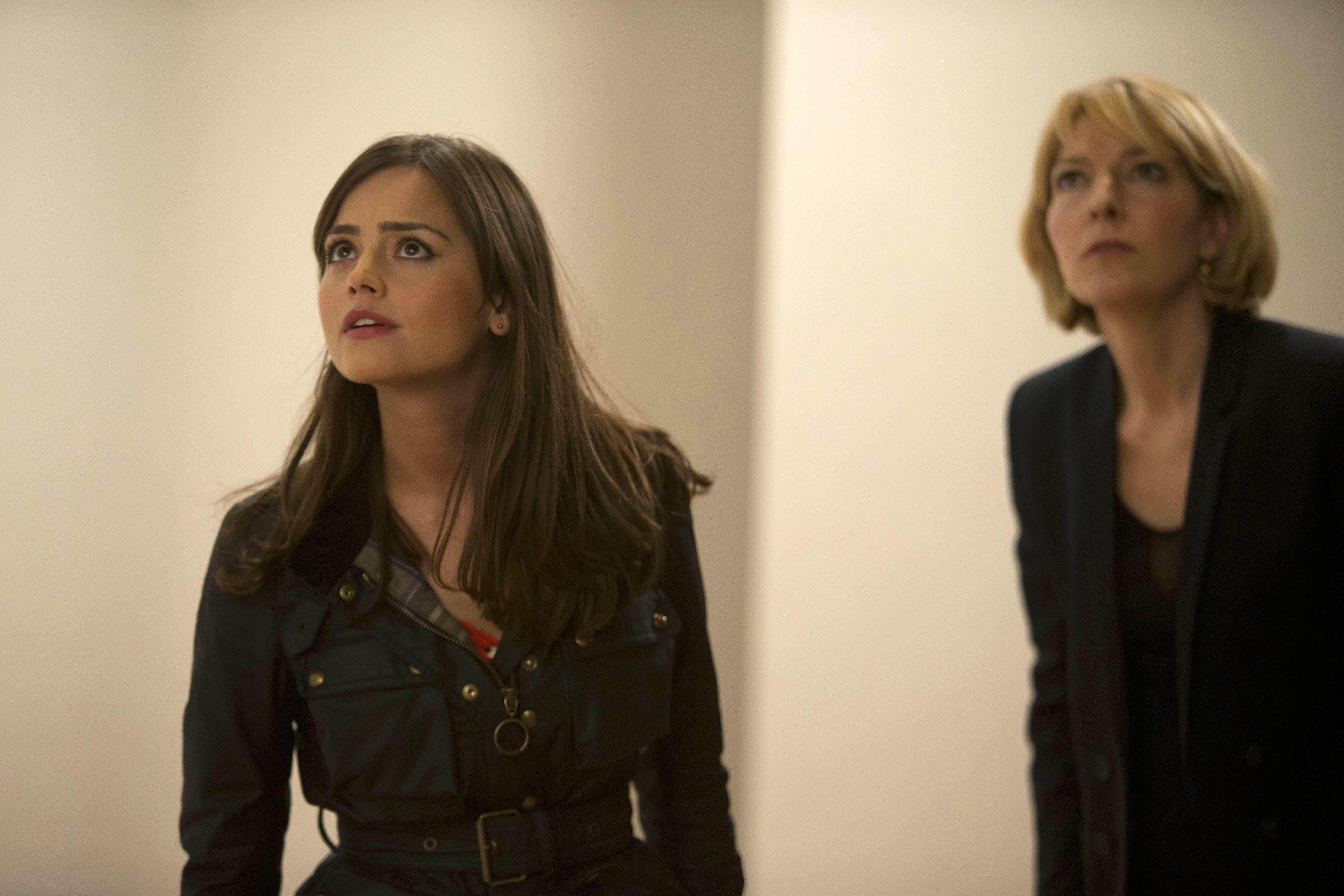 The presence of Kate Stewart also indicates that we’ll be seeing UNIT again in the anniversary special.

Also, there’s clearly some sort of serious adventure to be had, as one picture shows Eleven dangling from the TARDIS over Trafalgar Square. 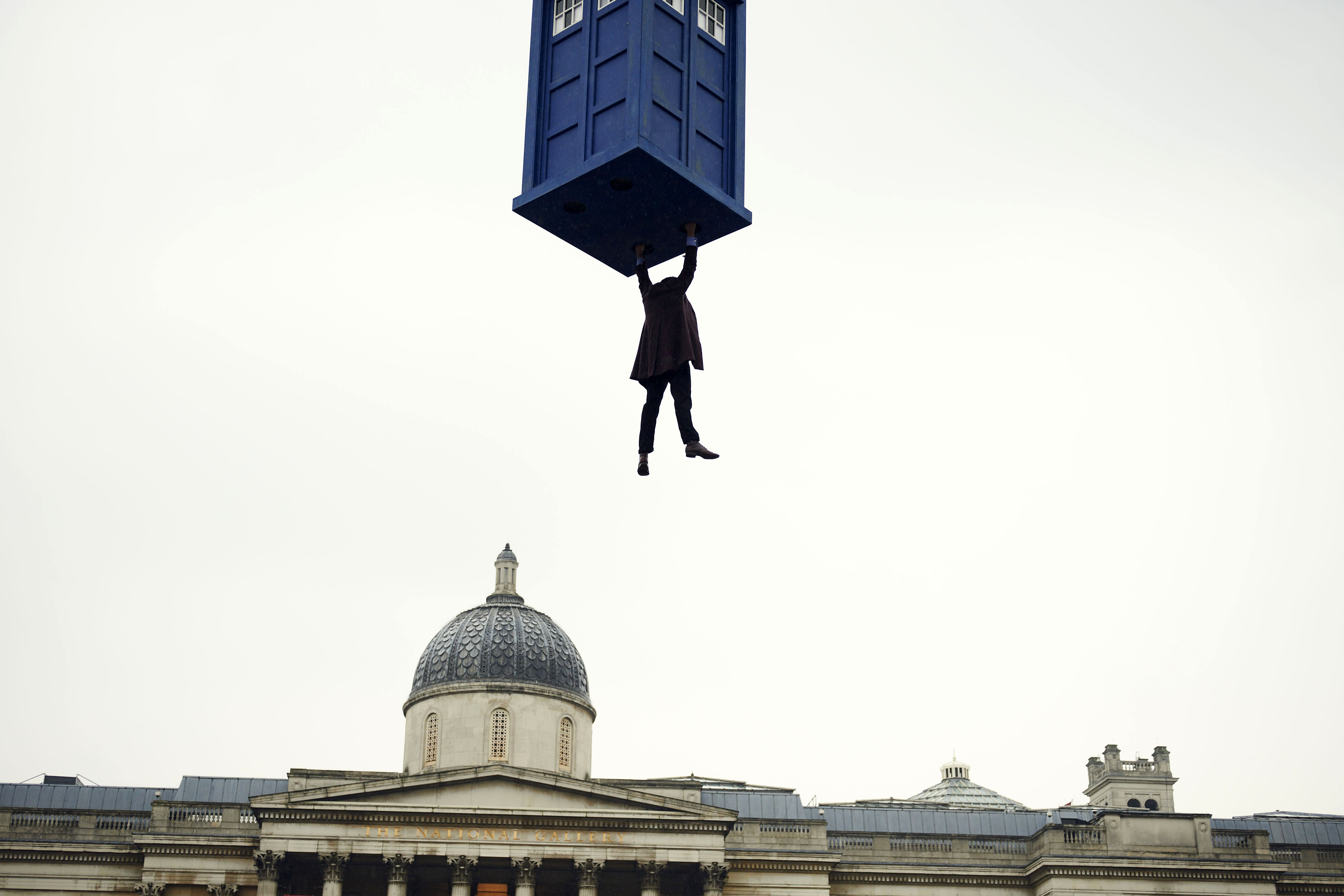 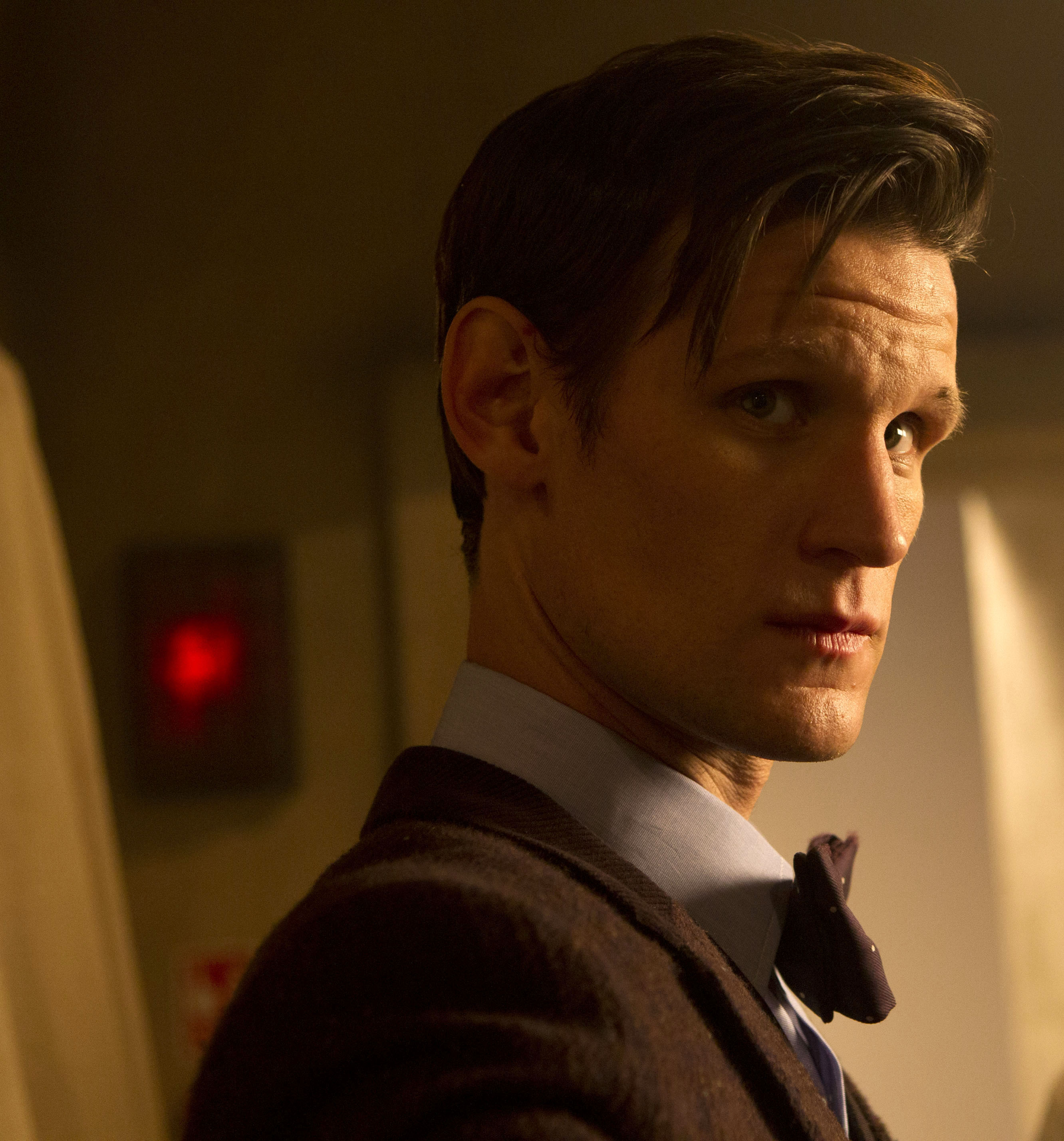 Oddly, former companion Billie Piper is noticeably absent from these early promotional photos, even though we know Rose is returning for the anniversary special. What’s up with that? It’s curious that such a big draw for the episode is missing from its initial promo materials. Does this mean something? Are there secrets surrounding Rose’s return? Or is Piper’s absence just a coincidence?

We’ll have to wait until November 23 to find out. The special is being simulcast around the globe to help fans avoid spoilers. Here in the US, it will transmit on BBC America, probably in the early afternoon. So, get started clearing your schedule now.

Are you looking forward to the 50th anniversary special? Do you have any theories about Hurt’s Doctor?

(All photos: Courtesy of the BBC. Credit: Adrian Rogers, © BBC)