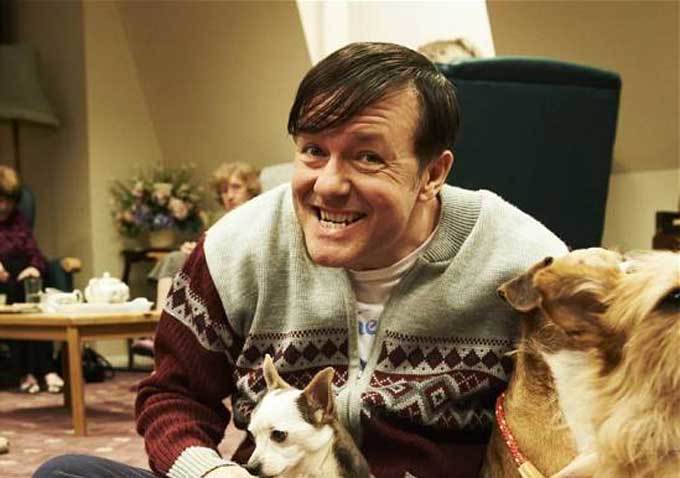 Or the always controversial, sometimes snarky, host of the Golden Globes?

If so, then prepare yourself for a whole other side to this edgy writer, director and comic. It’s my pleasure to introduce you to the heart of Gervais’ most recent series, Mr. Derek Noakes, star of the comedy-drama Derek which is coming to Netflix beginning September 12.

Get your first look below - and learn more about why you should give this series a try.

Derek works at the Broad Hill Retirement Home, helping out with whatever needs doing. He has a soft spot for animals and the pensioners who live at the home, but his favorite pastime is autograph hunting. Derek is loyal, kind and always looks on the bright side of every situation.  Even though a thoughtless council inspector suggests Derek be tested for autism, any specific handicaps or intellectual disabilities are never precisely spelled out during the course of the series. Derek is perfectly fine with who he is as are the people in his life who matter.

As Derek himself will tell you he is “the luckiest man in the world.” He’s surrounded by good, supportive people - a surrogate family, if you will. His best friend and roommate Dougie, played with great aplomb by Karl Pilkington, is the handyman, bus driver, and general dogsbody around the retirement home. Whereas Derek is an eternal optimist, Dougie is the quintessential realist and something of a philosopher as well.

Hannah (Kerry Godliman) is Broad Hill’s devoted manager; an advocate for its residents and Derek’s main protector. Hannah consistently puts the welfare of her elderly charges before her own needs, even jeopardizing the opportunity for a new romantic relationship with the grandson of one of the residents. You get the feeling that for all her competence and dedication on the job, Hannah is more than a bit insecure and has no idea how wonderful she truly is. 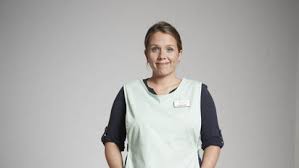 Kev (David Earl) is another of Derek’s constant companions, though I’m not quite sure why he’s allowed to spend so much time hanging about Broad Hill.  He’s lazy and vulgar, he winds Dougie up on a regular basis and there’s more than a chance he may actually behave inappropriately with the residents on occasion.

As you can see, Derek is a fly on the wall mockumentary very much like The Office with the requisite awkward moments and quirky characters. However, whereas The Office was a comedy with a few poignant bits, Derek is more sentimental and dramatic. Every episode brought a tear to my eye and the series finale had me on the verge of sobbing.

But don’t let the heartbreak drive you away.  More than anything, Derek is uplifting, hopeful and life affirming. By the end, I guarantee you’ll even come to understand, if not actually like, Kev. And it’s all down to Ricky Gervais. Not only was he the sole writer and director of the series; Derek is the most endearing character he has ever created.

The complete first series of Derek begins streaming on Netflix beginning Thursday, September 12th.  Stop in and get to know the residents and staff of Broad Hill Retirement Home.  It’s well worth the time and the tissues.