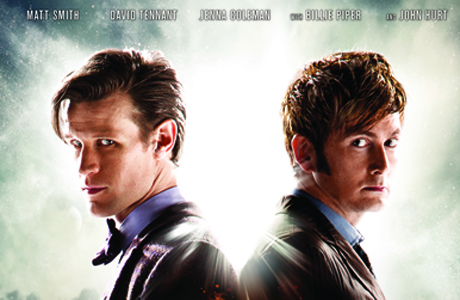 Fans the world over are basically counting the minutes (seconds? milliseconds?) until November 23, when iconic science fiction series Doctor Who officially turns 50. And now, finally, with the big day looming just over two months away, we finally have a few concrete details about what the anniversary special will look like.

The episode’s title has been revealed – it will be called The Day of the Doctor, which seems fitting given that there are at least three versions of the character running around in this installment. The episode will be 75 minutes long, and will feature Matt Smith’s Eleventh Doctor somehow coming into contact with David Tennant’s Tenth incarnation, as well as the return of former companion Billie Piper as Rose. Oh, and theoretically we’re going to get some answers to that whole “and John Hurt is also a Doctor” cliffhanger from Series 7 as well.

The official poster for the episode has also been released online by BBC America, and if this isn’t enough to push your anniversary excitement levels into truly dangerous territory, well. Despite the fact that Tennant’s Ten is sporting a much, much less fluffy hairdo than we may remember, this poster is awesome. 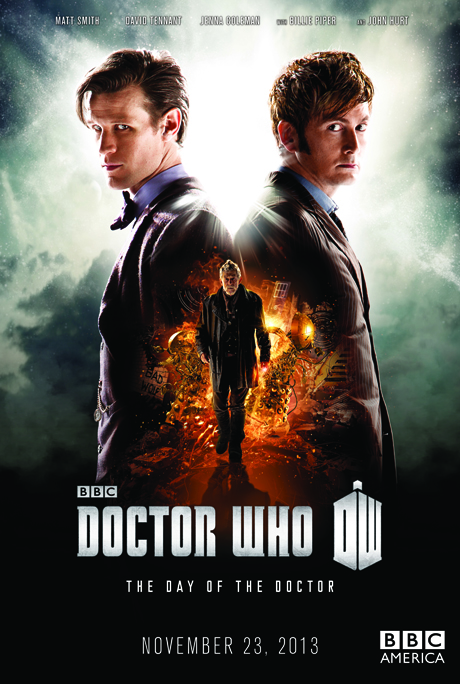 Everyone noticed the big BAD WOLF etched on the rubble that’s somewhere in the middle of Smith’s torso area,yes? (Eeeee!) What does it mean?? Maybe it’s nothing more than a nod to former companion Billie Piper's Rose who was, after all, the Bad Wolf, and doesn’t actually appear on the poster herself. Maybe not. And it’s nice to dream that we’re going to get that kind of continuity in this episode.

According to reports, the anniversary special will be simulcast around the world on November 23, airing at the same time on BBC One in the UK, BBC America here in the States and on a host of other networks across the globe. Viewers will have to adjust their their viewing schedules accordingly, depending on their time zone. For example, BBC America’s transmission will begin at 2pm for US fans on the East Coast and 11am on the West Coast, while Whovians in Sydney will have to be up at 6am on Sunday morning.

Somehow, it seems unlikely that fans will care.

What do you most want to see happen in the 50th anniversary special?