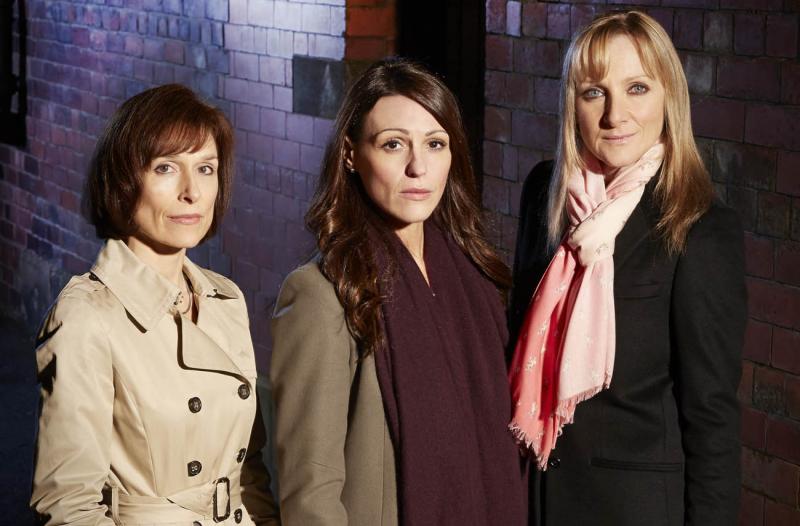 The ladies of "Scott and Bailey". (Photo: ITV)
Good news for fans of female-led mystery series Scott & Bailey – the popular ITV drama has been renewed for a fourth series!

Lesley Sharp and Suranne Jones will return as Rachel Bailey and Janet Scott, two detective constables with very different personalities who are part of the fictional Murder Investigation Team in Manchester. Amelia Bullmore will also return as DCI Gill Murray and, additionally, will write four episodes of the new season.

Executive producer Nichola Shindler is “thrilled” by the drama’s impending return. “"It's rewarding to think the public have become so familiar with the characters and taken them to heart,” she said. “With this new series, we have the chance to explore great story ideas and continue developing those characters."

Scott & Bailey has consistently been a strong ratings performer for ITV and has been one of the network’s most successful new dramas in recent years (barring a certain worldwide smash hit named Downton Abbey).  The most recent season finale pulled in a 27% audience share for them, averaging about 7.1 million viewers.

"ITV Drama without Scott and Bailey would be unthinkable,” said ITV Director of Drama Scott November. “Its reputation for quality storytelling and great characterization precedes it and it's become a firm favorite with ITV viewers."

Production is slated to begin on Series 4 in Spring 2014, with an eye toward a transmission date later that year. In an extra tidbit of good news for local fans – DC area Scott and Bailey lovers can expect to see the third series of the drama pop on our WETA UK this Fall. Keep an eye out – and take a look at a trailer for the third season while you wait.