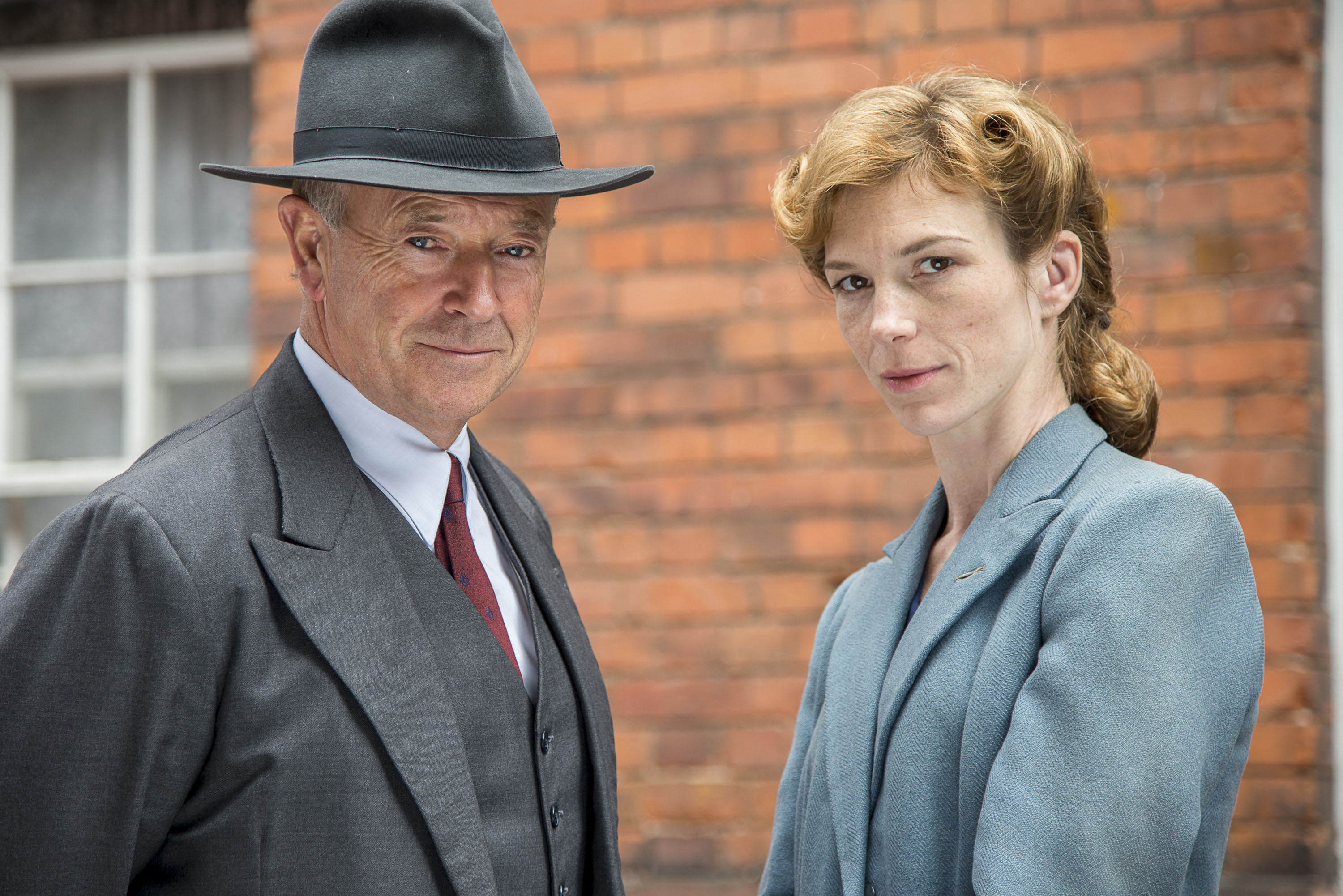 Foyle's War is Back! (Photo: ©Eleventh Hour Films/ITV)
It’s official: Foyle’s War will be back on PBS stations this Fall as part of the new season of Masterpiece Mystery!

Both Michael Kitchen and Honeysuckle Weeks are back for a new series of three feature-length episodes, set during the early years following World War II. The first episode is called The Eternity Ring and will premiere on September 15, followed by The Cage (September 22) and Sunflower (September 29).

Even though Foyle technically “retired” at the end of the last series, retirement is obviously short-lived, as he’s now a Senior Intelligence Officer with MI-5 and must track down spies, traitors, Communist sympathizers and other threats to Britain’s security.

Other things have changed as well: Foyle’s loyal assistant Samantha Stewart is now a married woman juggling her new role as a wife with her own burgeoning political career. And of course she’s going to have to figure out a way to fit working with Foyle in there, too, somehow.

Watch the ITV trailer for the new season below and put a big red circle around September 15 on your calendar.

If you’re depressed thinking about the long wait until September, pass some time watching this behind-the-scenes featurette from the new series, which has some new cast interviews, a bit more footage and a better explanation about how the focus of the show has shifted as the story moves into the post-war era.

Thoughts? Are you excited for new episodes of Foyle’s War after such a long hiatus? Let us know!