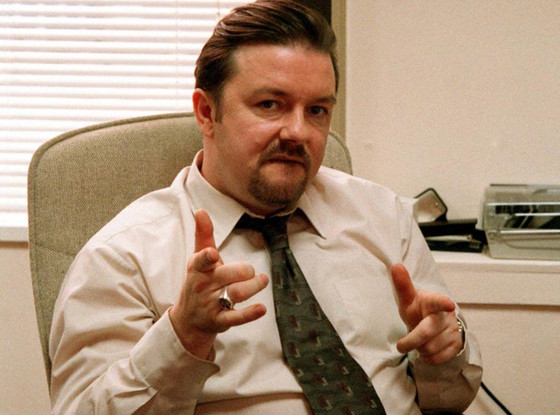 For the many people who love British comedy, The Office is often awarded a spot on their top ten lists of favorite programs (oh, let’s be real, for most of us it’s probably top five).  While many viewers also love the American remake of The Office, the US version has nothing on the awesomeness of the British original. Sadly the UK version only ran for two series originally, and it’s been ten years since we’ve seen David Brent (the original Michael Scott) and company on our screens.

Luckily, that wait is apparently over. Star Ricky Gervais has confirmed that he will be reprising his most famous role for this year’s Comic Relief on BBC One. The character will return in a special “mini-episode” called The Office Revisited set to premieres as part of the annual Red Nose Day charity telethon next week on March 15.

“It has been 10 years since we last saw David Brent,” Gervais explained in a statement. “I thought it was time to revisit my most famous comedy creation to find out what he’s been up to for the last decade and most importantly what he’s up to now."

Apparently this has involved a lot of rapping.

The special finds David working a menial job (surprise) while attempting to achieve his true dream of success in the music business. And, yeah, the trailer makes it look pretty awesome. I'd almost forgotten how much I love this show!

Sadly, there seem to be no plans for Martin Freeman’s Tim to take part in the Red Nose Day festivities (I suppose Freeman will probably be busy filming Sherlock or more of The Hobbit or something like that, but Tim was my absolute favorite, so a girl can dream.)

Did you love the British version of The Office? Excited to see David Brent again?