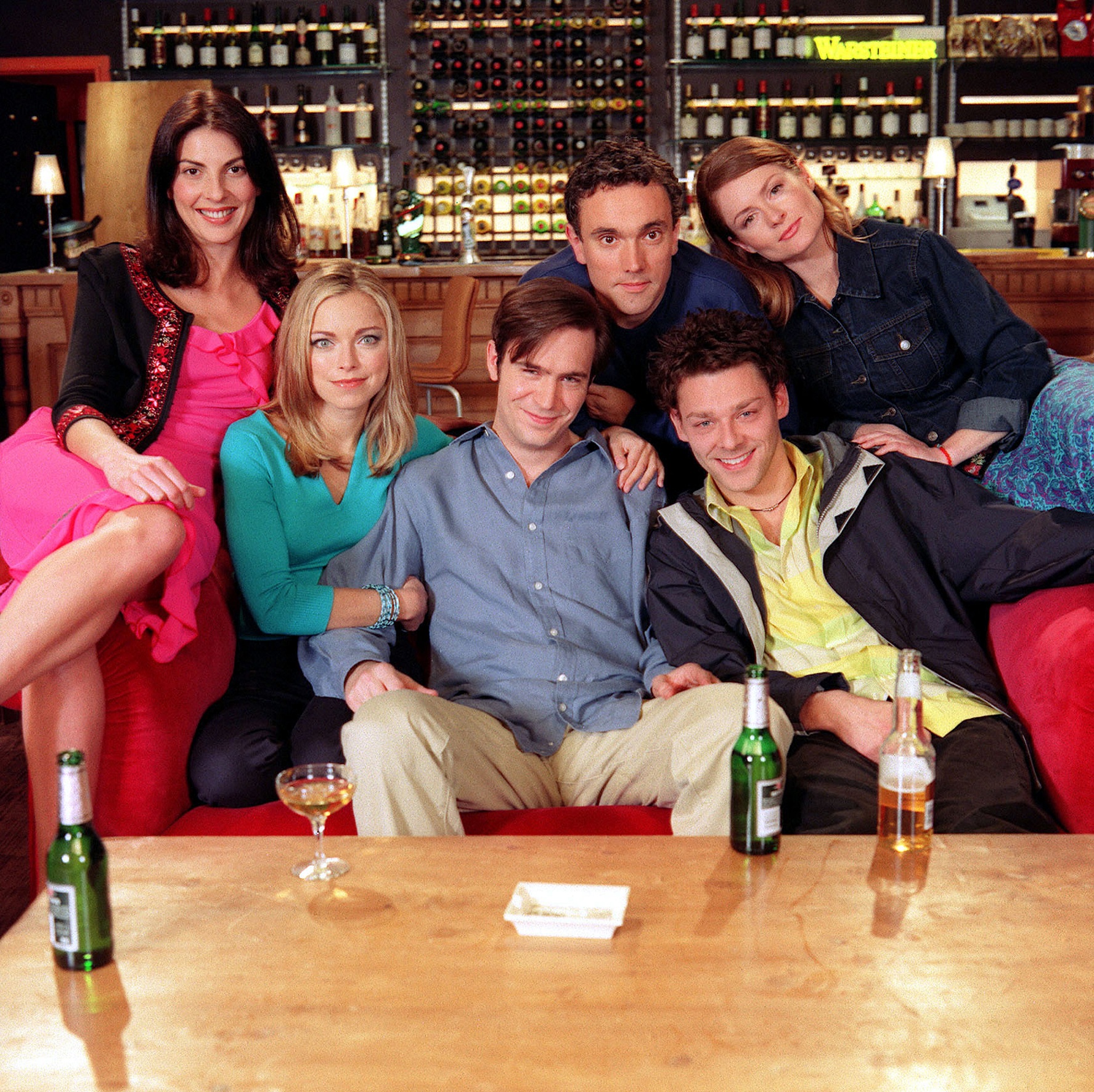 Another program coming to the WETA UK line-up this summer that’s worth checking out is the fabulous sitcom Coupling.  Created by Steven Moffat - yup, the same guy that’s currently in charge of Doctor Who and Sherlock – the comedy focuses on the dating adventures and relationship mishaps of six friends in their thirties.

The series was inspired by Moffat’s relationship with his wife, producer Sue Vertue, to such an extent that two of the comedy’s characters bear their names. Honestly, for all that I struggle sometimes with Moffat’s writing of women in some of his other productions; he has a fantastic handle on relationships here. Coupling is very funny and surprisingly honest.

Coupling originally aired from May 2000 to June 2004, winning a “Best TV Comedy” prize at the British Comedy Awards in 2003. It had decent enough ratings in the UK, and developed something of a cult following here in America. It’s hilarious – well worth watching if you’ve never seen it, and deserving of a re-watch if you have. Click through for some basics and a look at Series 1.

What is This Show Called: Coupling

What Kind of Show is It: Ensemble comedy/Sitcom.  Think of it as sort of like Friends, I suppose – but a bit more risqué and a lot more British. (And funnier, if you ask me.)

What is it About: Six people in their thirties – three guys, three girls – have dating misadventures in London. (This is an over simplification, but it’s hard to explain without giving some of the fun of the first episode away.)

Why is It Awesome: This is probably one of the funniest shows ever made. If the only reason you’ve heard of this show was that terrible American remake, delete all of that that. Coupling is brilliant: clever, weirdly heartfelt at times, and surprisingly honest about men, women, relationships and the baggage everyone carries with them.

Also, it’s created and written by Steven Moffat, whom many (most?) of you probably know by now thanks to his involvement with Doctor Who and Sherlock.  So you know the writing is going to be smart and witty (which it is).

How Can I Learn More About It:  Watch a scene below in which the ladies of Coupling explain how to flirt with men, and see if the series' tone is for you. It’s hilarious, but likely is not going to be quite to everyone’s taste, particularly if you don't like characters who talk about sex a lot. Fair warning!

How to flirt with men - Coupling - BBC sitcom