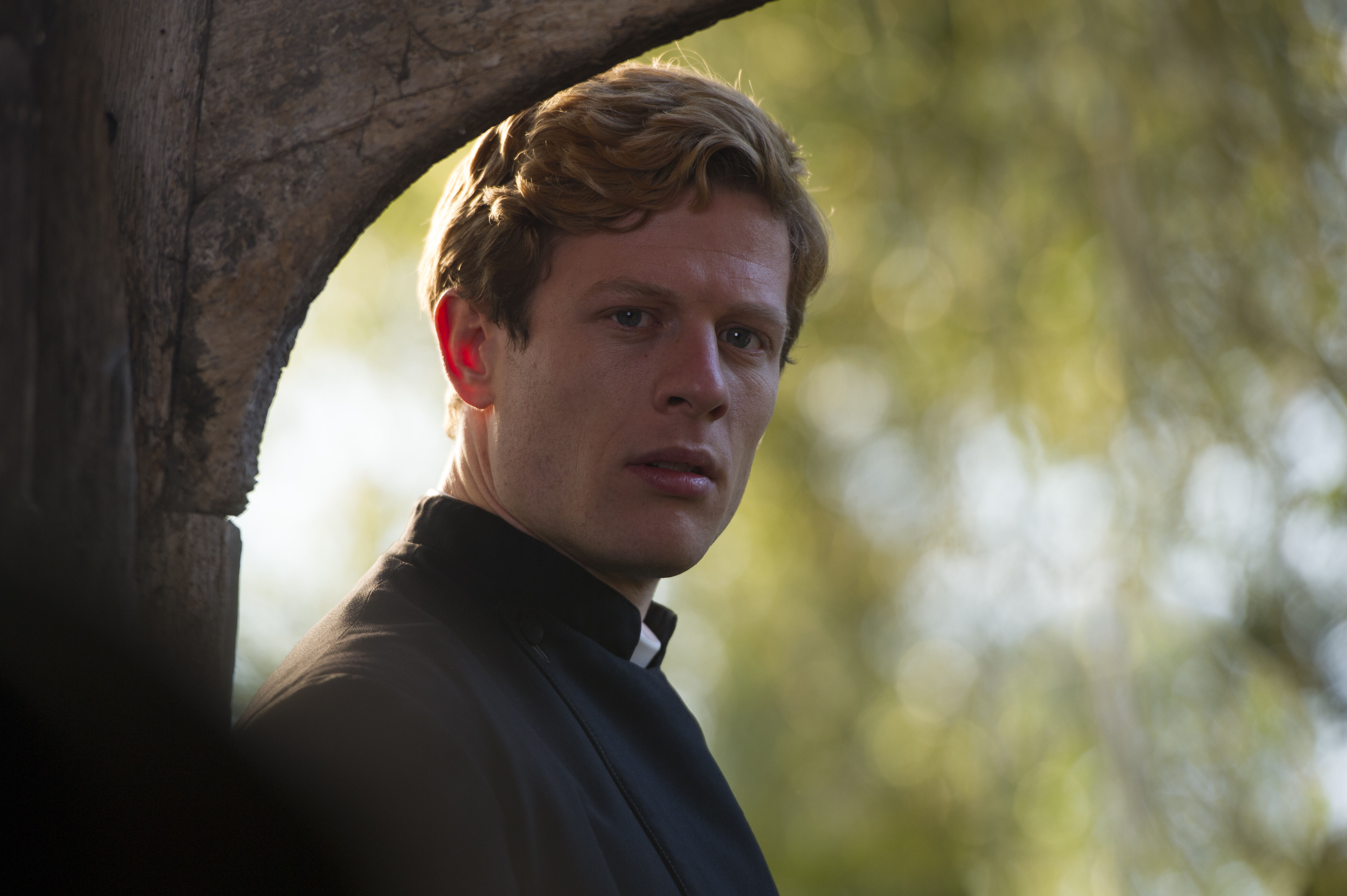 James Norton in 'Grantchester" (Photo: C) Des Willie/Lovely Day Productions & ITV for MASTERPIECE0
Good news for the many people who’ve been enjoying new Masterpiece Mystery series Grantchester. Turns out the drama – the first season of which is currently airing on PBS stations around the country – has already been renewed for a second series by UK network ITV.

Fun fact: The renewal news actually was announced by ITV last winter and somehow I completely missed this, but hey, maybe we can all rejoice a little harder now we actually know how good the show is, yeah? (There’s something anticlimactic about a thing getting news that something’s already been renewed before you’ve even seen it. Or at least there is when one is trying to make excuses for totally spacing on this bit of info before…)

Anyway, the renewal news isn’t completely unexpected, as the mystery series was averaging a quite healthy 6.6 million viewers in the UK during its run, and – judging from early viewer commentary around here – seems fairly popular among US viewers as well.

Grantchester is set in the 1950s and follows the story of Sidney Chambers, a charismatic clergyman who turns investigator when one of his parishoners turns up dead. He teams up with an overworked police inspector named Geordie Keating to form an unlikely crime solving partnership, and a true friendship, even though the two are very different from one another.

Stars James Norton and Robson Green are both set to return.

“We received a tremendous audience reaction to Grantchester,” said ITV Director of Drama Steve November. “It was so well received so it was an easy decision to commission a new series.”

Daisy Coulam, who was responsible for adapting the first series based on the novels of James Runcie, will also write the new season, which will be based on James’s second “Grantchester Mysteries” novel, Sidney Chambers and the Perils of the Night.

Filming is slated to begin later in 2015 and further casting details are still to be announced.

Are you excited by the prospect of more Grantchester?