I don’t have to tell you that Thanksgiving is not a holiday in the UK; however, as a British entertainment and culture blogger, a great deal of my attention is dedicated to how I might merge the traditions of my homeland and the island country with which I am quite honestly infatuated. Besides we’d all like a few British accents present at our family gathering, wouldn’t we?

Therefore I actually took the time to consider the following proposition – if I could invite a British TV family for a big holiday dinner (like Thanksgiving) who would I choose? Let me clarify – I’ve never cooked a Thanksgiving meal in my life so I obviously wouldn’t be hosting, but inviting myself to their gaff instead.

I’ve narrowed my picks narrowed it down to a short list and here are my top five.

5. Stella Morris and Family of Stella. Stella (Ruth Jones) is a single mum who lives with her three children in Pontyberry, South Wales. She and her family have had their share of hardships recently including her oldest son Luke’s (Craig Gallivan) unfortunate incarceration for stealing cars and her daughter Emma’s (Catrin Stewart) revelation that she is pregnant and getting married at the age of sixteen.

That being said, Stella is surrounded by supportive, albeit quirky, extended family and friends. These Pontyberrians are always up for a good time, be it a party or outing, and their sense of community makes the viewer feel that everyone is welcome and accepted. A perfect example is local funeral home owner and family friend “Daddy”, who speaks in gibberish though everyone in town seems to understand him just fine.

4. The Starlings of The Starlings. This Derbyshire family has a lot on their plate and a house bursting at the seams. Father Terry (Brendan Coyle) is an electrician with his own business and has just taken on his youngest daughter Charlie (Finn Atkins) as an apprentice. He and his wife Jan (Lesley Sharp) have two other children, work-shy Gravy (John Dagleish) and new mother Bell (Rebecca Night). Other recent additions to the household include Terry’s dad (Alan Williams) and Jan’s nephew Fergie (Steve Edge) who lives in their caravan in the back garden. Add a long lost half-brother and Starlings gives “full house” a whole new meaning.

Despite their close quarters, this family knows how enjoy one another’s company. From pub quiz nights, to art and agricultural shows, book clubs and spontaneous alfresco suppers illuminated with fairy lights, the Starlings are a family that rolls with the punches and celebrates the little victories.

3. The Dawsons and Buttershaws of Last Tango in Halifax.  Most of you are likely already familiar with the bittersweet love story of Alan Buttershaw (Derek Jacobi) and Celia Dawson (Anne Reid). After a lifetime with other partners, the two high school sweethearts reunite on Facebook and rush headlong into the marriage they had been longing for their whole lives. Admittedly with this blended family you’re risking to get a bit more drama than might be ideal for a pleasant dining experience. After all there’s been more than one tense get-together in the homes of Alan’s daughter Gillian (Nicola Walker) and Celia’s Caroline (Sarah Lancashire). That being said both women conducted themselves admirably at their parents’ Christmas wedding celebration. 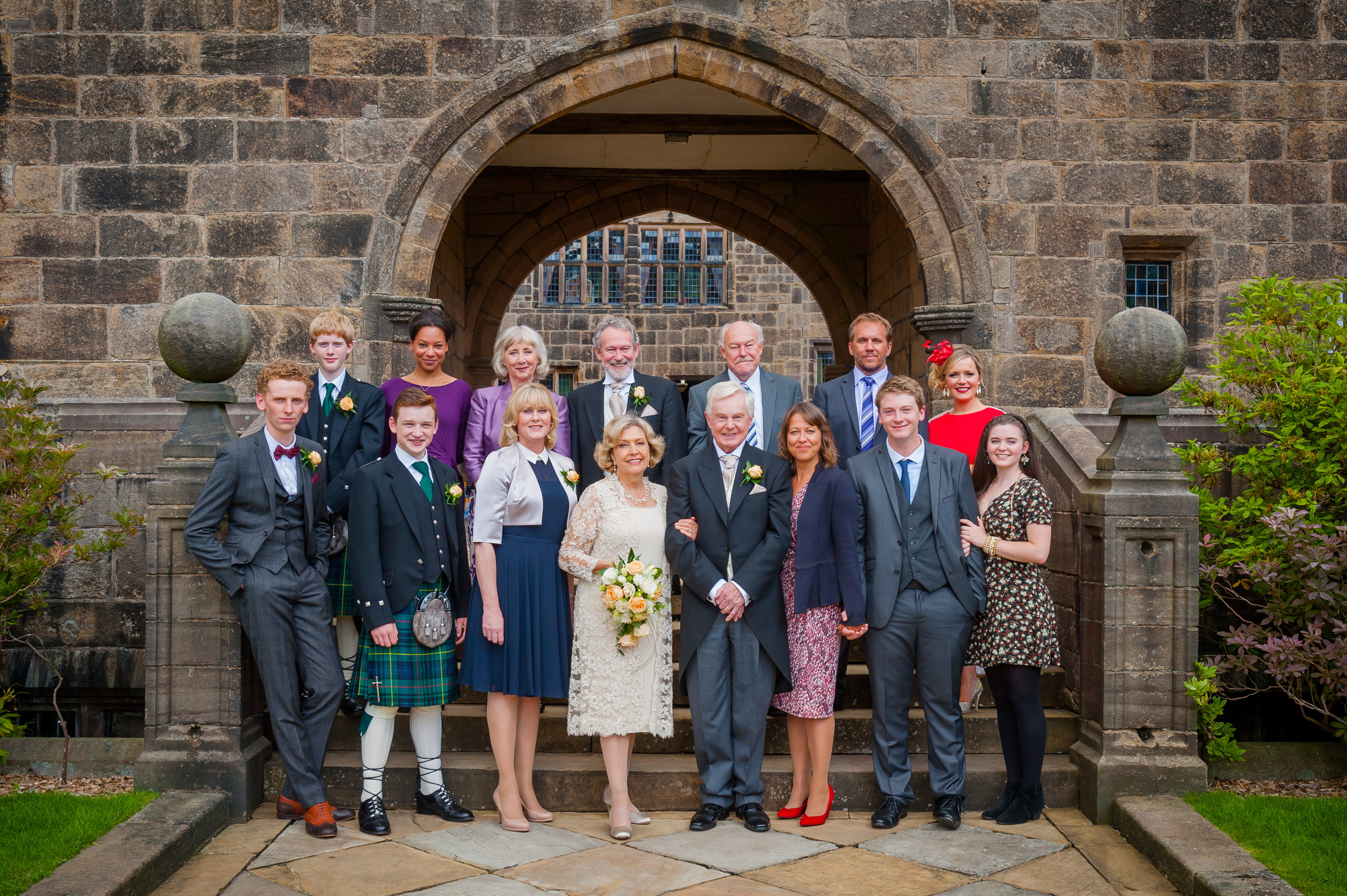 Surely a hearty meal prepared in Caroline’s beautifully appointed kitchen and shared with various exes and on-again, off-again boyfriends is within their capacity. And who wouldn’t want to spend an enjoyable afternoon with the very amiable Mr. Buttershaw?

2. The Wests and the Shipmans of Gavin and Stacey. Gavin (Mathew Horne) and Stacey (Joanna Page) also united their families and friends through a whirlwind long-distance romance and accelerated march up the aisle. The solidly working class Wests of Barry Island, Wales and the slightly better off Shipmans of Billericay, Essex haven’t always seen eye to eye. These differences culminated in an insult throwing match between mums Pam (Alison Steadman) and Gwen (Melanie Walters). An even more complicated relationship exists between Gavin’s best mate Smithy (James Corden) and Stacey’s BFF Nessa (Ruth Jones).

Nevertheless when good food and friends converge, differences are forgotten and a sing-a-long is bound to break out – especially if neighbor Doris (the late Margaret John) remembers to bring her guitar.

1. Derek Noakes and friends of Derek. This may seem a strange choice of venue for spending my Thanksgiving Day, but if you’ve watched Derek you know there’s no warmer household on the telly than the Broad Hill Care Home. Many of its elderly residents have been discarded by their families and the employees are often lost souls too in their own unique ways. Derek (Ricky Gervais), with his positive attitude and open heart, draws people together and can make you feel very thankful indeed.

The only thing I would stipulate about this choice is that my favorite former employee Dougie (Karl Pilkington) would return for the dinner and that I not be seated next to Kev (David Earl) during the meal. No amount of Derek’s good influence is going to make Kev stop with the inappropriate innuendo and that will surely put me off my stuffing.

This list has taught me several things about myself, the most glaring one being that I did not choose to spend my family dinner with small children. I selected homey, ordinary folks and certainly none with fancy manners or impressive lineages. Who needs the pressure of which utensil to use or what type of wine goes with which course? And while every family has its dramatic moments, its grudges and issues, interpersonal strife is known to contribute to indigestion so except for the Last Tango in Halifax gang, which I always feel teeters on soap opera, I opted for people with people who deal with the life they are dealt and just get on with it.

Now it’s your turn! Perhaps you feel a gathering is not complete without children running amok like the Brockman family of Outnumbered? Maybe you long to see how the other half lives and would try to wrangle an invite to break bread with the Crawleys at Downton Abbey? If unpredictability and impending violence is your wish, dining with the Shelbys of Peaky Blinders is sure to fit the bill. Which family would you invite to your abode for turkey and all the fixings this year? Share your choices in the comments below.