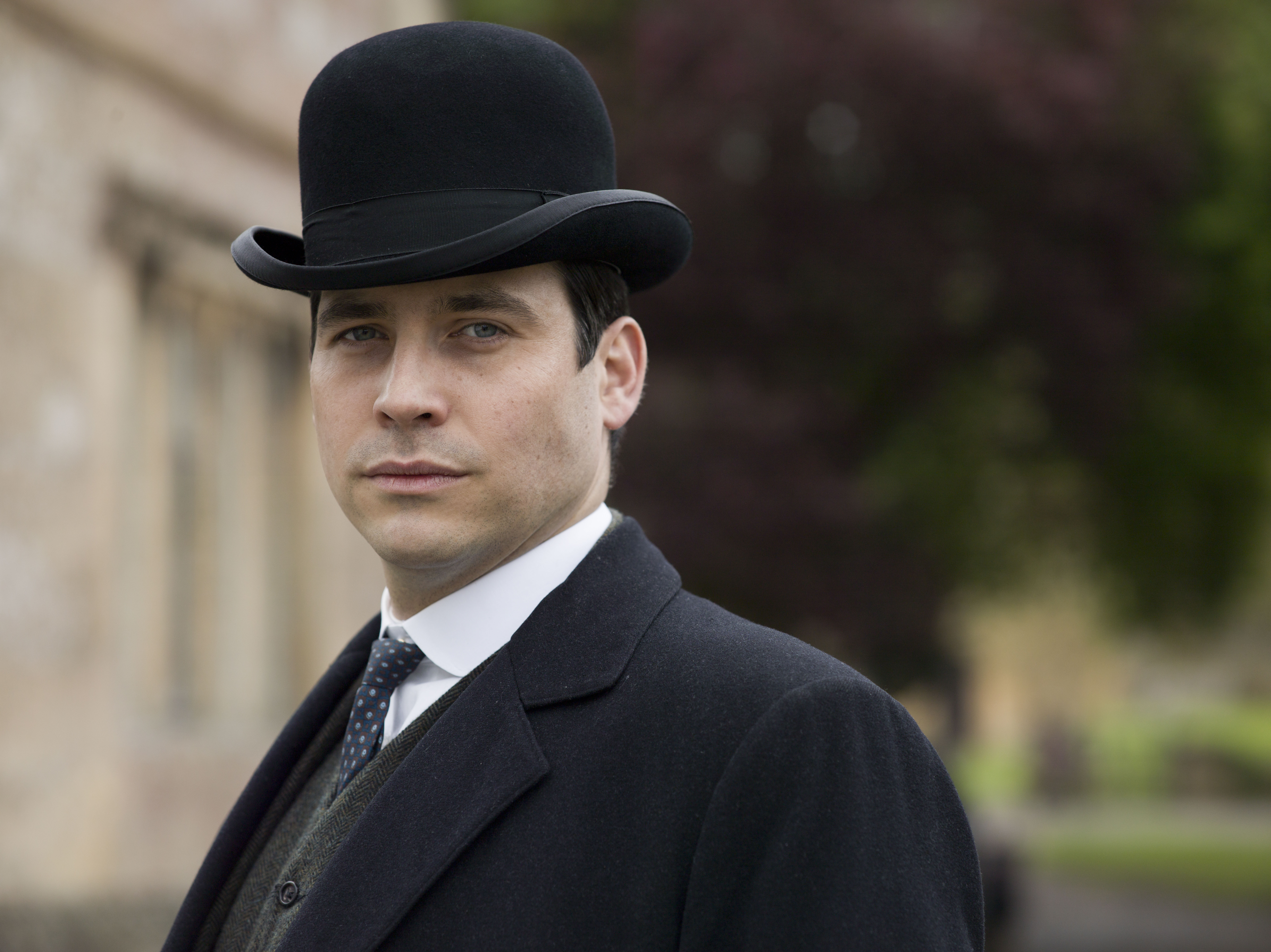 What will Thomas get up to in Season 5? We'll find out in January. (Photo: ©Nick Briggs/Carnival Films 2014 for MASTERPIECE)
PBS has provided American fans of megahit costume drama Downton Abbey with another fun little tidbit to help us all along on the long, long road to January and the US premiere of Season 5.

A new trailer has been released, which certainly seems to set the new season up as something that’s both incredibly dramatic, and incredibly emotional.

Set to a rather intense technopop backing track, we’re treated to shots of almost all the major characters, though Anna is merely heard instead of seen.

There’s also no sign of Daisy, Tom or Isobel Crawley that I can tell, and it’s left for viewers to assume that Mrs. Hughes must be talking to Carson, offscreen in that bit of the scene you can’t see (I do, if only because in my world, Mrs. Hughes is almost always talking to Carson!) It’s likely that this because they featured those three characters fairly prominently in the first US Series 5 trailer but that’s just a guess.

So, are you suitably excited for January 4 now?

Things that look sure to be major storylines:

What do you think of this latest trailer? How does it stack up against the last US-only spot? And do you have any predictions for Series 5? I laid out my wishlist here, but would love to hear what you guys think!

Reminder, if you need to refresh your memory on everything that happened last season - which was, surprisingly a lot - we've got recaps for that.