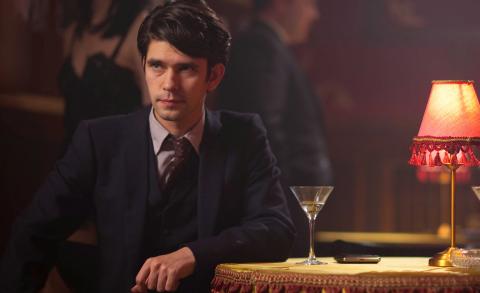 Commission of the series was originally announced back in February, and the drama is described as gripping and emotional, featuring a chance romance between two people from the opposite sides of a street in the centre of London, which happens to have the headquarters of the Secret Intelligence Service on one side, and the headquarters of gay clubbing on the other.

Whishaw, who picked up a Best Actor BAFTA for his performance as Richard II in Shakespeare series The Hollow Crown and charmed audiences everywhere as James Bond’s Quartermaster in Skyfall, will play a man named Danny – gregarious, hedonistic, romantic and adrift – who falls for the anti-social, enigmatic and brilliant Alex. Per the official press release, just as the two realize they’re perfect for one another, Alex disappears, leaving Danny ill equipped to take on the complex world he inhabited. Will he be able to fight for the truth – and find Alex?

London Spy will mark the first foray into television adaptation for series creator and award-winning author Tom Rob Smith, the man behind the Child 44 trilogy. Smith seems quite thrilled with his new leading man: "Ben Whishaw is quite simply one of the best actors in the country,” he said. “It’s an extraordinary privilege, as a writer, to have him play the lead.”

Whishaw also starred in the wonderful 1950 period drama The Hour, as well as Cloud Atlas, Bright Star, Perfume: The Story of A Murderer and others – they’re all worth checking out if you’ve not seen them. (The Hour particularly. It’s wonderful!)

“I’ve been a huge fan of Tom’s and am delighted to be working with him, and to see his unique storytelling brought to BBC Two,” said Polly Hill, the BBC Head of Independent Drama said. “This is a beautifully written love story, caught up in a spy thriller – a wonderfully complex and surprising story, of one man’s search for the truth.”

Further casting beyond Whishaw’s role is still to be announced.

London Spy is set to film later this year, and transmit on BBC Two in 2015. No word on whether American audiences can expect to see this drama screen on our side of the pond, but we’ll keep an eye out.