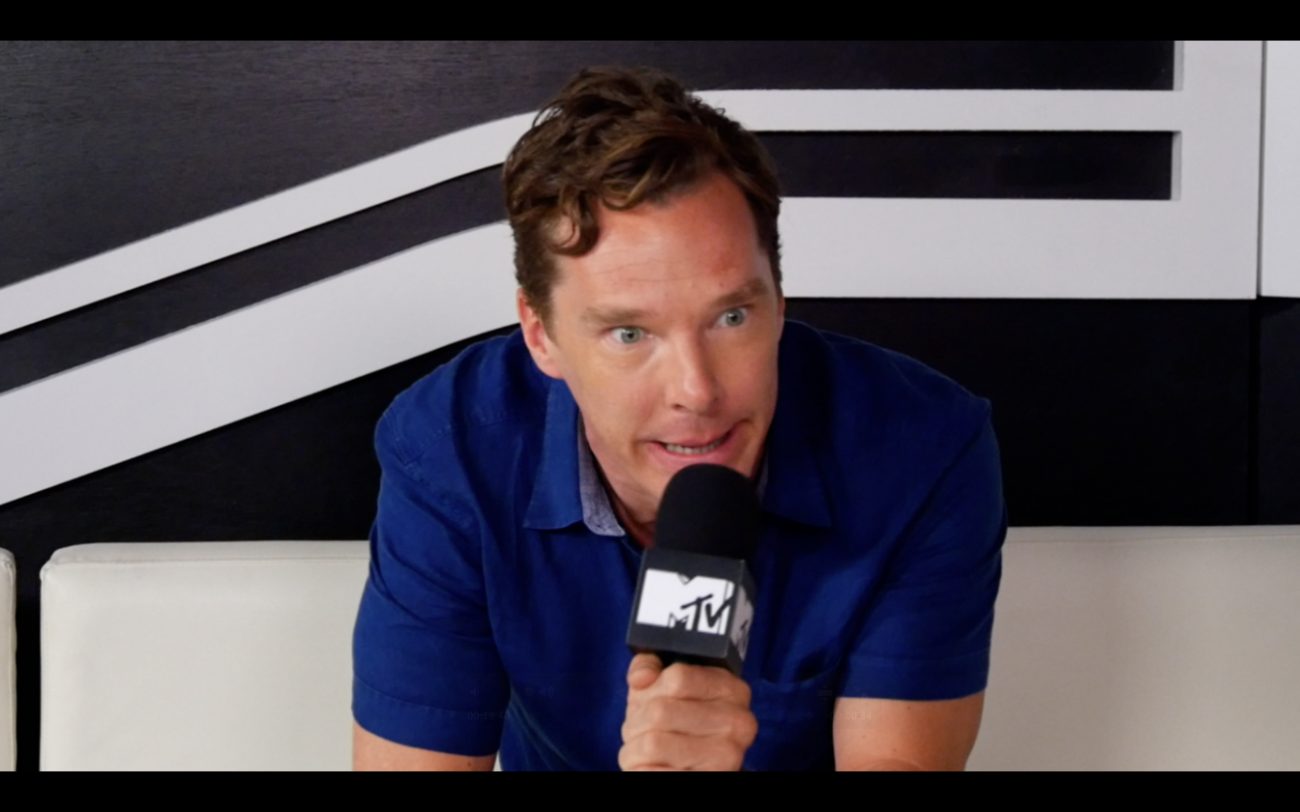 Benedict Cumberbatch chats nerdy topics with MTV at Comic Con (Photo: MTV via YouTube)
Apparently, even being at Comic Con this year, I missed a lot of Comic Con! There’s simply so much going on at the world’s biggest festival of all things geek that it can seriously take you a week or more after the event concludes just to dig through all the gems – clips, interviews, trailers, whatever – that come out of that four day span. It’s the best kind of crazy.

My latest and best find involves Sherlock star Benedict Cumberbatch, who made his first appearance at San Diego’s annual convention this year, supporting his upcoming films The Penguins of Madagascar and The Hobbit: The Battle of the Five Armies. Part of this involves not just appearing on panels for those films, but doing a positive truckload of press, whilst so many entertainment journalists are all in one place. Cumberbatch, like everyone else, did the rounds, speaking to folks from all the major outlets.

He sat down with MTV’s Joshua Horowitz – one of my favorite entertainment writers and, quite frankly, one of the best folks at doing celebrity interviews – and the resultant chat is, to put it mildly, fairly epic, particularly when the two get to discuss nerdy topics, as one does because it’s Comic Con. The two end up discussing Star Wars whether or not the presence of the floppy-eared nightmare known as Jar Jar Binks in The Phantom Menance can be justified and proceedings devolve into the two doing rather freakishly accurate impressions of the character.

If – as is highly likely – you have become enraptured by this tiny clip and you need even more Cumberbatch goodness from this segment, you can watch the full interview below, which includes both Gollum and Timothy Dalton impressions, as well as a few Sherlock tidbits.

If this is the kind of stuff we get out of it - don’t we just all wish it could be Comic Con time all year?