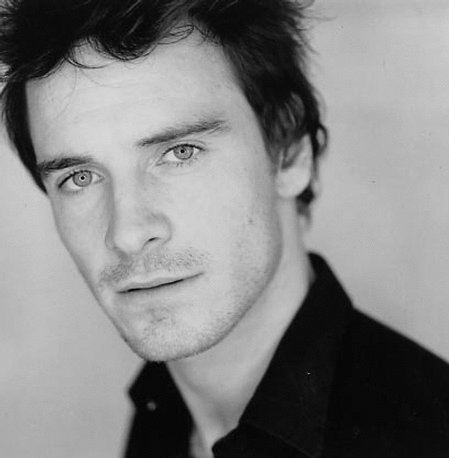 Michael Fassbender (Photo: By Wikimedia user Ascedf)
Ever since Carmen did a post on James McAvoy – and I saw X-Men: Days of Future Past – I’ve been dying to do a post on all the many talented roles of his co-star, Irish actor Michael Fassbender. (General note: Yes, I am aware that Fassbender is Irish and that I’m stretching the definition of “British Actors You Should Know” a tiny bit to include him as part of this series. But, I’m going with it. Don’t yell at me too much.)

Anyway, most of you reading this probably do know who Fassbender is, in one form or another – whether it’s as the young Magneto from X-Men or the psychotic slave owner in 12 Years a Slave, or even the guy who danced with Benedict Cumberbatch at the Golden Globes in that photo that was everywhere the next day.  But he’s turned in several truly phenomenal performances over the course of his (fairly short) career thus far that are well worth your time to watch.

Let’s take a look at a few, shall we?

12 Years a Slave. Winner of the 2013 Best Picture Oscar, 12 Years a Slave is a harrowing and uncomfortable look at the life story of Solomon Northrup, a free black man from upstate New York who was abducted and sold into slavery in the pre-Civil War United States. Northrup was forced to work on plantations in Louisiana for twelve years before his release and fought both to return home and preserve his dignity against impossible odds.

Fassbender gives an exceptionally memorable (and, frankly, hard to watch) turn as the violent and horrifying slave owner Edwin Eps, who brutalizes Chiwetel Ejiofor’s Northrup and Lupita Nyong’o’s Patsey in a variety of sickening ways. He was nominated for a Best Supporting Actor Oscar for this performance, though he ultimately lost out to Jared Leto.

A Dangerous Method. This film explores the turbulent relationships between Carl Jung, the founder of analytical psychology, Sigmund Freud, the founder of psychoanalysis and Sabina Spielrein, initially a patient of Jung’s and later one of the first female psychoanalysts. Fassbender plays Jung, alongside Lord of the Rings star Viggo Mortensen as Freud and Keira Knightley as Spielrein, the woman who comes between them. To be honest, Knightley’s performance is probably the most interesting part of this film, but it’s worth a look if you like the cast:

Fish Tank.  This 2009 British film revolves around the story of Mia, a strong-willed teenager who develops an increasingly bizarre relationship with her mother’s boyfriend, Connor, played by Fassbender. Connor is a charming and nice guy, who also turns out to be opportunistic, really creepy, inappropriate and hiding a load of secrets.

It’s the sort of role where you know the character is kind of terrible, but you like him a little bit anyway because Fassbender acts the heck out of it, and then you feel kind of gross afterward.

Hex. A 2004 supernatural drama about a student named Cassie (played by Christina Cole) who experiences some problems fitting in at school because it turns out she’s got a lot of latent abilities a witch. There’s also a whole bunch of craziness about angels and demons and miracle babies and visions and witch history and it won’t be nearly as much fun if you know all about that in advance.

Fassbender plays a fallen angel named Azazeal who has a very complicated with Cassie, and  to be quite honest, elevates a great deal of this material, which is generally pretty crazy and confusing. (Plus, he gets to stroll around in some rather great outfits.) Jemima Rooper also co-stars, and has a pretty great time playing Cassie’s BFF and roommate Thelma.

Hunger. This historical drama tells the story of Irish Republican Army prisoner Bobby Sands’ 1981 hunger strike to protest the British government’s refusal to acknowledge him and his fellow IRA inmates as political prisoners. This strike – and the ten prisoners who starved themselves to death during it – is largely responsible for radicalizing Irish politics and was the driving force behind the rise of Sinn Fein as a mainstream political party.

Whatever your thoughts on the political issues presented within, Hunger is a tremendously difficult film to watch – it’s very vivid in its presentation of the conditions in which Sands lived, and Fassbender commits to every scene with a gusto that is both brilliant and kind of disturbing if you let yourself think about it too long.

This movie also marks the first collaboration between Fassbender and director Steve McQueen; the two have since worked on Shame and 12 Years a Slave together and are rumored to be soon joining forces again for a film version of the life of Bartley Gorman.

Inglorious Basterds. If you only remember this Quentin Tarantino film for one thing, it’s probably Fassbender’s line: There’s a special rung in hell for people who waste good Scotch. Also, his German is flawless.

Prometheus. Director Ridley Scott’s 2012 film is ostensibly meant to serve as a prequel to his famous Alien trilogy (or quartet if you count the mess that was Resurrection), and is set in the late 21st century. The story follows the crew of the ship Prometheus, who are following a star map discovered among the artifacts of an ancient Earth culture to…somewhere. Where there are albino giants who disentegrate because...reasons and a lot of black ooze. No, it really doesn’t get any less confusing from here on out.

Fair warning though: This is kind of a terrible movie, and even if you’re a big fan of the Alien franchise you’re still going to be left scratching your head over what the actual heck is going on in it. Apparently they’re making a sequel, because we haven’t suffered enough. (If someone “got” this movie and really loved it – clue a girl in, please!)

Shame. Another McQueen-Fassbender collaboration, Shame features one of Fassbender’s best performances to date as a high-functioning sex addict whose life spirals when his estranged sister (played by Oscar nominee – and Doctor Who alum- Carey Mulligan) arrives in New York. Fassbender really really deserved an Academy Award nomination for his performance, which is simultaneously heart-breaking and kind of repellant. You won’t really like Brandon at all, but you’ll feel for him. Warning: This movie – as you might have guessed from the subject matter – features some very explicit scenes, and as such earned an NC-17 rating when it was released in the US.

X-Men: First Class / X-Men: Days of Future Past. These prequels to the blockbuster X-Men film franchise serve as an origin story of sorts for many of those characters and their relationships. Most notably, the First Class films give us a look at younger versions of Charles Xavier and Erik Lensherr, better known later on as Professor X and Magneto. James McAvoy plays Xavier to Fassbender’s Magneto and the two carry both films on the believability of that central relationship. It’s also not that hard to believe they grow up to be Sir Patrick Stewart and Sir Ian McKellen, either.

And here’s an extra bonus X-Men clip just because I love Fassbender’s young Magneto a lot:

What else would you put on this list of must-see Fassbender films?