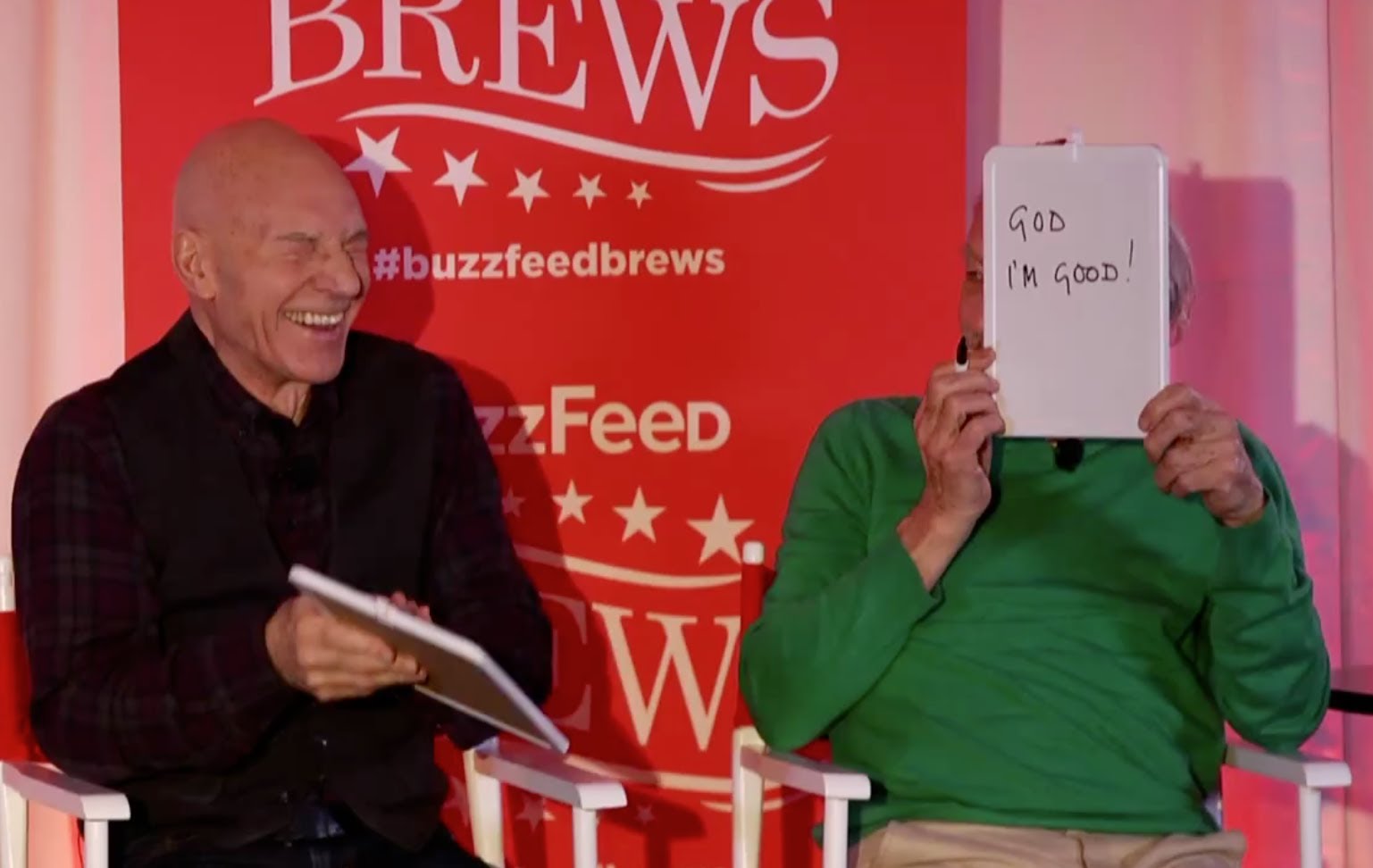 Ian McKellen and Patrick Stewart are just the best BFFS. (Photo: Buzzfeed Brews, Screengrab via YouTube)
Rule one of the internet: You will never find anything that’s more fun to watch than Sir Patrick Stewart and Sir Ian McKellen bickering, laughing, or basically doing anything at all together for any reason whatsoever.

That is the case times about a thousand in this latest clip, which features these two acting greats just proving for the millionth time that you will never have a friendship that is as awesome as theirs. And also they play The Newlywed Game.

The clip is taken from a BuzzFeed Brews event back in February, but for some reason (why??) has only just now started to go viral online. The two iconic actors – and the internet’s favorite best friends forever – play an adorable version of The Newlywed Game, in which they try to (adorably) answer questions about the other, fail (adorably) at naming each other’s spirit animals and (adorably) remind us all that just because you share a dressing room with someone every day for months on end, it doesn’t necessarily mean you will ever remember their go-to karaoke song.

Watching them attempt to answer these questions, however, is comedy gold. They are simply fantastic together!  If you’re having a bad day, this is basically guaranteed to improve it. So, watch it below:

We’re all obviously heartbroken that the world’s most amazing Best Friends Forever have wrapped their recent run on Broadway – they performed Waiting for Godot and No Man’s Land in repertory in New York for about five months – not only because it was a great set of shows (I saw both plays; they were outstanding), but because we now can’t imagine that Stewart and McKellen are just out and about together in the world doing amazing interviews and taking silly photos and just being amazing 24/7.

Since they’re both starring in the upcoming X-Men prequel/sequel Days of Future Past next month, it’s unlikely that they’re about to completely vanish from our internet lives, but can someone get the petition started to give these two a regular chat show or something of that sort as soon as possible? Or an Odd Couple remake?

Clearly, they would be fantastic at it.