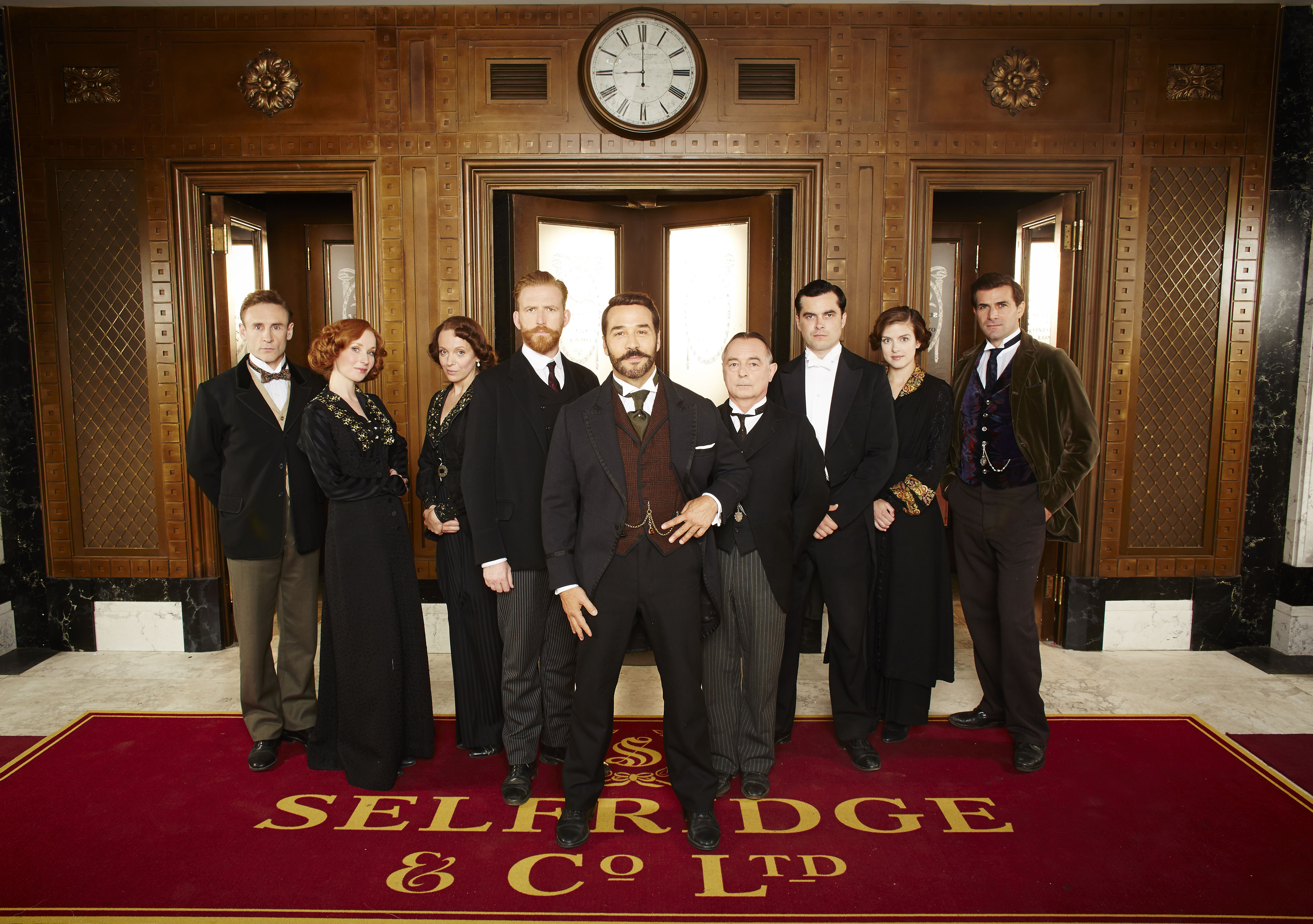 The Selfridge's gang's all here! (Photo: Courtesy of ©ITV for MASTERPIECE)
Period drama Mr. Selfridge is returning for a second season on Masterpiece this Spring and the little shopping drama that could promises to feature even more intrigue, poor relationship decisions, patented pep talks, fabulous outfits and catty commentary than last year.

Jeremy Piven is back as the titular Selfridge and it appears most of the series’ main cast members are returning as well, including Katherine Kelly, Aisling Loftus, Amanda Abbington, Ron Cook, Gregory Fitoussi, Amy Beth Hayes and Francis O’Connor. (There are also a handful of new faces, as you'll see below.) The drama’s second season will be set in 1914, during the onset of the First World War. Yes, this does mean that we’re jumping ahead five years from where we left things in the Series 1 finale, so it’s certainly possible that there will be more than a few dropped plot threads and/or characters.

Still, the prospect of having the show back is exciting. It quite grew on me over the course of the first series. Series 2 will premiere on March 30 on PBS stations around the country on Masterpiece Classic. Mark your calendars now.

To help get us through the wait until then, PBS and Masterpiece have released a sneak peek first look at the upcoming return of Mr. Selfridge and it should be plenty to get you excited for the new season. Just in case you’ve forgotten some of the plot twists from the first season, the clip also includes a handy two-minute refresher at the beginning before we get to the good stuff. (Of course, if you want a more detailed look at everything that went down in Series 1, we can help you with that too.)

My best guess is that that’s going to be the opening scene of the season, but we’ll have to see if I’m right about that. It looks pretty fantastic though, even if the five year time jump is probably going to get annoying fast.

What did you think of the sneak peek? Are you looking forward to Series 2 of Mr. Selfridge