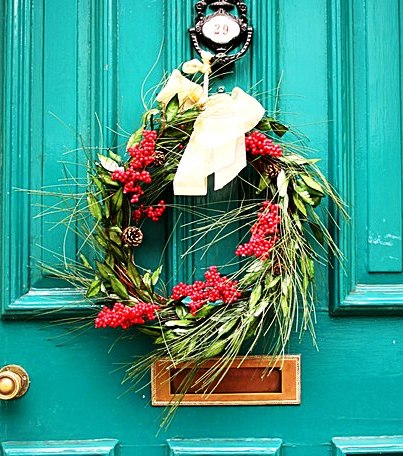 Father Christmas sure must have his work cut out for him.  With all that business of trying to determine who’s been naughty and who’s been nice, it surely must do his head in a bit.  How do I know?  Because I’ve been attempting to do the same with the British TV shows of the past year and have found it to be more difficult that I originally thought.

First of all, there is no way I could watch every series broadcast in the past twelve months, even if I lived in the UK and did nothing but sit on the couch with my eyes glued to the tube 24 hours a day.  Therefore, I reviewed the list of programs I had watched, sorted them into quick first-impression categories, ruminated on the line-up I had assembled and then narrowed down both lists to the naughtiest and the nicest British shows of 2013.

Let’s begin with the naughty ones, shall we?

Vicious. Starring Sirs Ian McKellen and Derek Jacobi as an elderly gay couple who have been together for almost fifty years, this sitcom got mixed reviews when it was broadcast in the UK earlier this year.  I watched a few episodes and didn’t warm to it much myself, but apparently the viewers and ITV liked it because it was commissioned for a second season.

The reason I included Vicious on my naughty list is because, as the name suggests, the two main protagonists are quite antagonistic towards one another.  A half century with the same person in the same flat might understandably lead to a bit of crankiness, but these two are positively nasty to one another a majority of the time.

Off to the Doctors ~ Vicious

You’ll have the opportunity to judge for yourself when PBS brings Vicious to American viewers in 2014.  I suspect beneath all the snarky remarks there’s a substantial amount of fondness between Freddie and Stuart…somewhere.

Love/Hate. If there’s something you can do to get on Santa’s naughty list, they’ve done it on this Irish crime drama - drug smuggling and dealing, prostitution, lying, a bit of animal cruelty, marital infidelity, and lots of intimidation, maiming and murder. Misfits’ Robert Sheehan stars as the heart and struggling conscience of this post-boom Dublin drug ring with a brotherly yet dysfunctional relationship.

If you’ve never heard of this award-winning drama, the first three seasons are available to stream on Hulu and Netflix.  It’s worth the time just to get familiar with the great wealth of young Irish talent out there. If you like dark drama, I challenge you not to get hooked on this one.

The Fall. Who could be naughtier than a serial killer?  One that looks like Jamie Dornan, the newly announced Christian Grey, that’s who. Murderer Paul Spector is a very complicated man indeed.  To the world he appears to be a loving husband and father, a grief counselor committed to his clients and something of a fitness buff.  But inside his head, there is a considerable amount of turmoil.

The Fall also stars Gillian Anderson as an ambitious cop with some demons of her own who is tracking Spector as he terrorizes young professional women across Belfast.  You can find this unsettling series to stream on Netflix.

The Wright Way.  My final entry on the naughty list is a sitcom that, according to the Guardian, “proves that Ben Elton is no longer remotely funny.” (Elton is the co-writer of classic comedies such as Blackadder and The Young Ones).  The Wright Way, however, missed the mark big time with critics and most viewers, including me. Gerald Wright (David Haig) is a local health and safety bureaucrat who is obsessed with (you guessed it) health and safety issues even when he’s away from the office.  This has apparently led to problems in his personal life including the breakdown of his marriage. The problem I have with The Wright Way is that it isn’t funny.  The actors shout all the time, majority of the jokes are less-than-clever innuendos and the series had a very dated feel to it.  It was naughty in its dreadfulness.

I watched two episodes and couldn’t be bothered to watch anymore.  I don’t know if you can still find anything more than short clips on YouTube, but if you feel so inclined to look them up, please judge for yourself.  To each his own, I always say.

Derek. When I started thinking about who should make the nice list, my thoughts turned to Derek Noakes straight away.

I actually wrote a post about this very unique show in the fall just prior to its release on Netflix so I can only reiterate by saying that Derek is loyal, kind and very tender-hearted.  He sees the best in everyone and the people who bother to take the time to know him realize he is one of the very best people they’ve ever met.

Call the Midwife. Since I’m sure many of you are PBS viewers, I don’t have to tell you how heartwarming the Call the Midwife series is.  In the course of any given episode, you will find yourself laughing and crying and that emotion wells up because the stories are so human and touching.  The midwives (nuns and lay nurses alike) are committed to their community and to one another and I can’t think of a group more deserving of a visit from Father Christmas.

The midwives of Nonnatus House and the residents of Poplar will return to our screens for a Christmas special on December 29th and a full third series will air on PBS in the spring.

Father Brown. Staying within the spiritual realm, the recent remake of the Father Brown Mysteries made my cut as a series which portrayed someone who is truly good on telly this year.  While the show itself is your traditional whodunit, cozy village mystery series, Mark Williams as Father Brown wasn’t just a persistent crime-solving clergyman.  He was a wonderful example of someone who lives his faith, doesn’t judge others and radiates a sense of peace at all times.

Father Brown aired on dozens of local PBS channels in the fall of this year.  If your station didn’t broadcast it then, perhaps they will soon.

Moone Boy. Another show I enthusiastically reviewed back in July, Moone Boy is my final pick for this year’s nice list.  It’s the story of Martin Moone (David Rawle), a twelve-year-old boy with an indefatigable optimism, a sweet naivety and a vivid imagination. And while he must endure school bullies, cruel sisters and the impenetrable rituals of being an altar boy, Martin perseveres with the help of Sean Murphy (Chris O’ Dowd), his imaginary friend.

Moone Boy is a quirky yet endearing peek into the life a very dear Irish lad and is available to stream on Hulu.  I’m sure you’ll agree Martin deserves more than a Readybix bike for Christmas this year.

What are your picks for naughtiest and nicest British telly shows (or characters) of 2013?  Please share in the comments below!