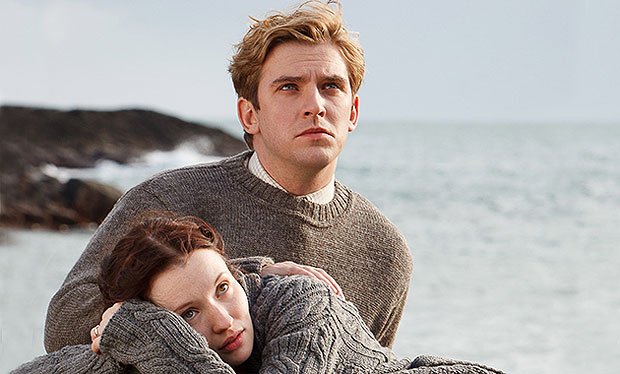 Total Matthew Crawley substitute (Photo:CrossDay Productions and Apart Films)
Are you already wondering what your January is going to look like now that Downton Abbey’s coming back without leading man Matthew Crawley? Not to worry though – you can still get your Dan Stevens fix this winter when his latest period drama (finally) gets a US release.

According to Variety, Tribeca Film has acquired the US rights to romantic drama Summer in February, which stars Stevens alongside Dominic Cooper and Emily Browning. The film is a period drama set on the eve of World War I and Stevens plays a character who is agonizing over his feelings regarding a woman he can’t have. Sound familiar? Yeah, this could prove a more than adequate Downton substitute for those of us suffering from Matthew withdrawal.

The film is based on the Jonathan Smith novel of the same name and tells the story of the dramatic real-life love triangle between painter Alfred Munnings (Cooper), his best friend Gilbert Evans (Stevens) and fellow artist Florence Carter-Wood (Browning).

Watch the trailer below.

Summer in Februrary will be released January 7 on video-on-demand and digital platforms, followed by a proper theatrical run beginning January 17. The film has gathered mixed reviews to date, but given its swoony subject matter and Stevens’ rising popularity on this side of the pond, it seems unlikely to have a hard time finding an audience.

What do you all think? Does Summer in February look like a film you’d go see?