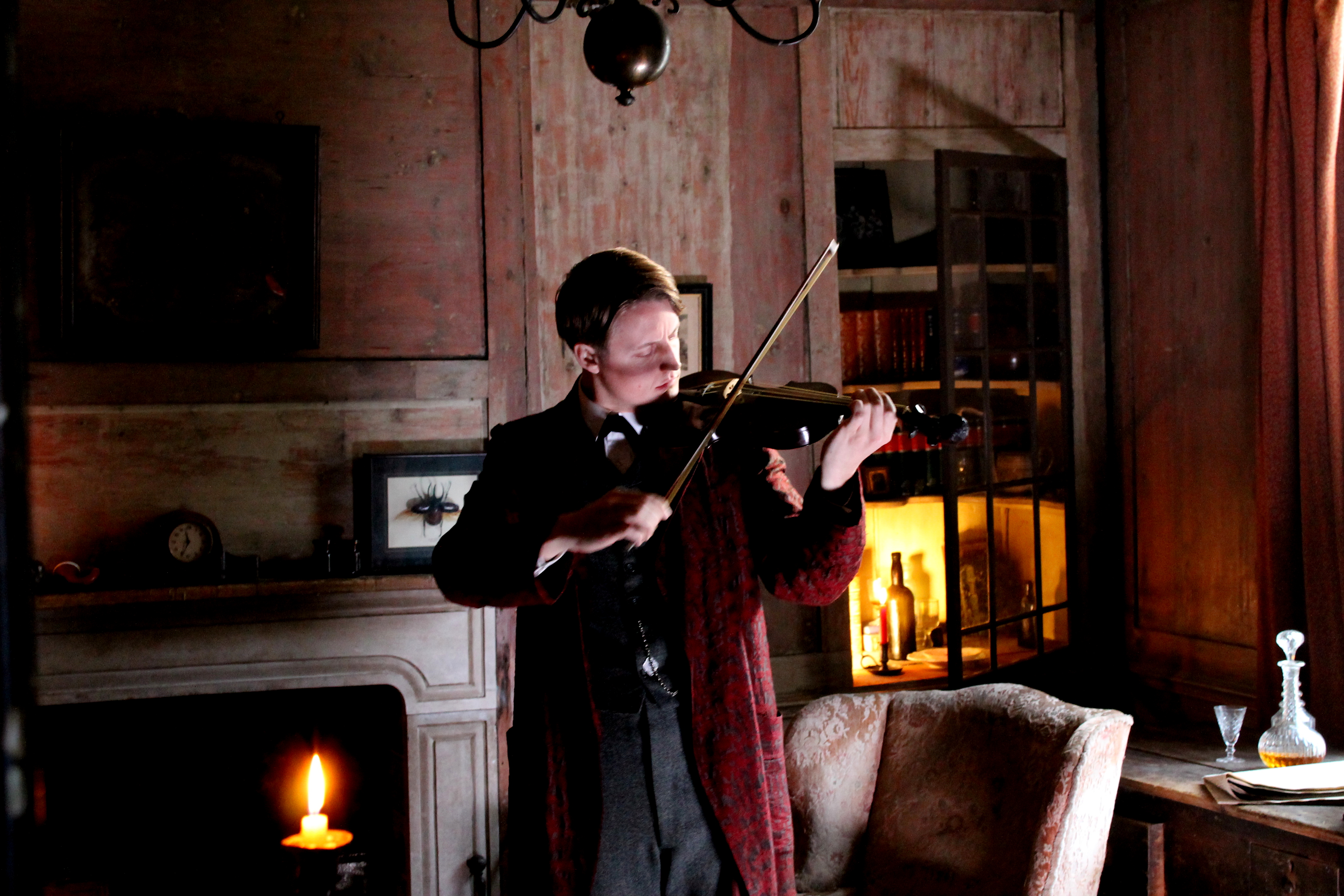 Holmes probably didn't teach Scotland Yard the violin though. (Photo: Courtesy of ©Brendan Easton/Love Productions)
From blood to ballistics to fingerprints, Sherlock Holmes was 120 years ahead of his time. Sir Arthur Conan Doyle’s great detective is still infamous today for the rigorous nature of his investigative methods, protecting crime scenes from contamination, looking for minute traces of evidence and searching for what the eye couldn’t see.

Two-hour documentary How Sherlock Changed the World is set to premiere on this December and will explore the real-world impact of history’s most famous fictional detective, including his effect on the continued development of forensic and investigative procedures, even during the present day. The film will feature noted forensic scientist Dr. Henry Lee, who is often referred to as something of a modern-day Holmes himself.

Through the use of compelling archival material and reconstruction, How Sherlock Changed the World tells the true stories of the scientists, detectives and even criminals who were inspired or influenced by the legend of Holmes.

The program explores real crimes that were solved thanks to a piece of equipment Holmes used, a technique he popularized or invented, or even his method of reasoning. The special will also assess the history of Holmes’ techniques from the 1880s to the present, showing how the scientific techniques Holmes introduced to the world have evolved into the stunning CSI-style forensic labs of Scotland Yard and the FBI.

PBS has released the first trailer for the documentary, which you can watch below:

While it's unfortunate that Sherlock stars Benedict Cumberbatch or Martin Freeman won't be popping up (though I'd bet some clips from the first two seasons make an appearance), this certainly seems like a fascinating way for fans of Sherlock Holmes to pass the time until Series 3 premieres.

How Sherlock Changed the World premieres around the country on December 17, so mark your calendars!

Does this documentary sound like something you’d watch? Are you planning to tune in?