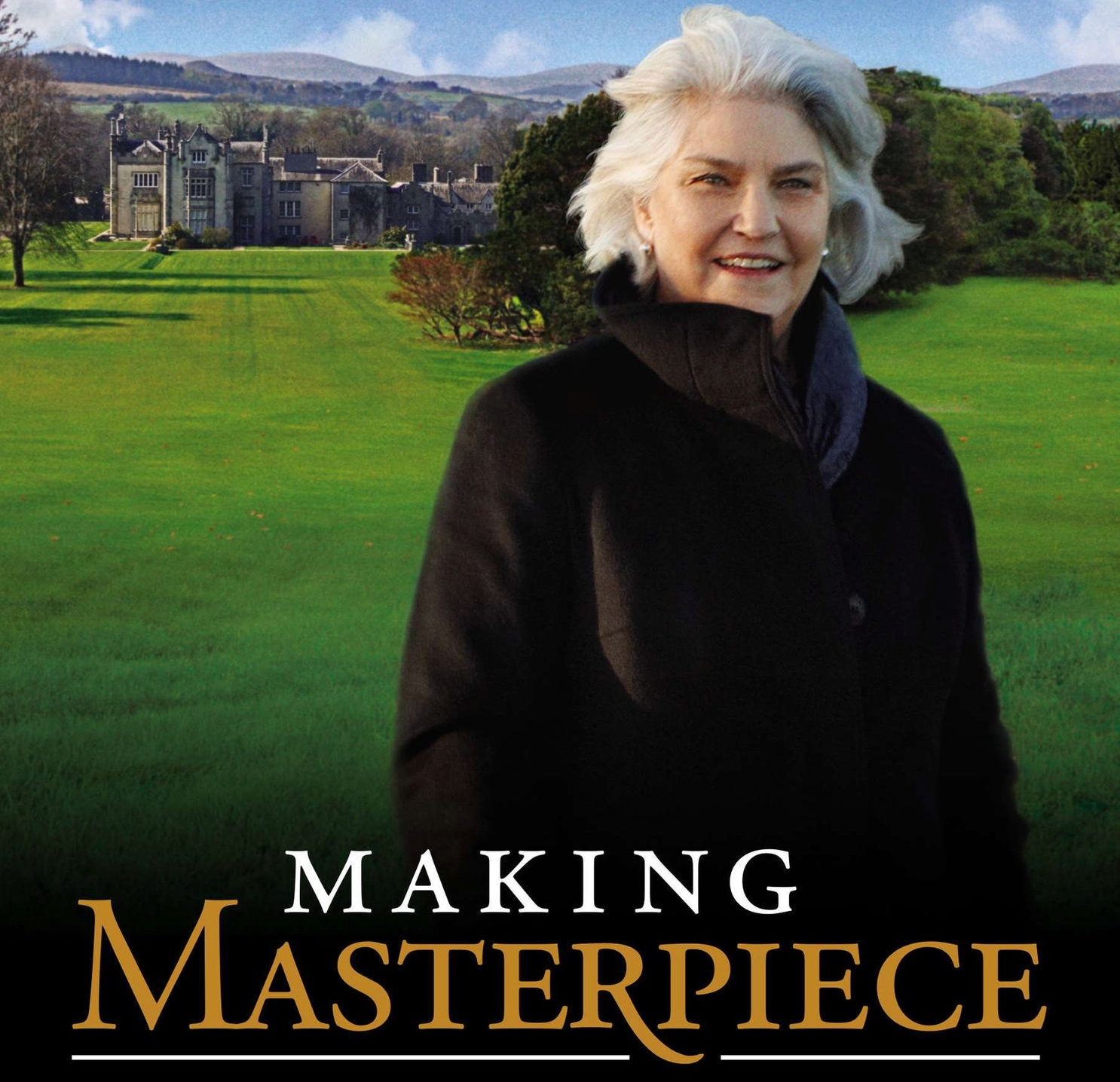 The cover of Eaton's memoir, "Making Masterpiece"
As the blog’s name suggests, we normally talk telly here at Telly Visions, but today I’d like to share with you a book I’ve been reading that I believe is an appropriate subject for this forum.  It chronicles a television program near and dear to my heart and yours, I’m sure.

In Making Masterpiece: My 25 Years behind the Scenes at Masterpiece and Mystery! on PBS Rebecca Eaton, the executive producer of Masterpiece, tells two stories you’ll want to read if you’ve been a fan of the Masterpiece brand in recent years. The history of Masterpiece and Eaton’s personal memoir intertwine to create a compelling narrative about the ups and downs of a cultural institution and the woman who has been at its helm for the past quarter century.

In a way it’s hardly surprising that Rebecca Eaton is where she is today.  Her mother was an actress and her father, a literature professor.  After graduating from Vassar College with a degree in English, Eaton spent a year in London on an apprenticeship with the BBC’s World Service becoming a dedicated Anglophile in the process. Upon returning to the US in 1972, Eaton snagged a job at WGBH, Boston’s PBS station and the home of Masterpiece Theater.  Thirteen years later, her education, interests and experience melded together (with a little luck too perhaps) and Eaton was named executive producer of Masterpiece in 1985.

From its debut broadcast of The First Churchills (not The Forsyte Saga as many people suppose) in January of 1971, Masterpiece Theater has at many times in its history occupied the status of “appointment television”.  The author includes interesting facts about the creation, philosophy, funding and major players involved in “making Masterpiece” over the years.  Eaton’s friendships and encounters with hosts Vincent Price, Diana Rigg, Russell Baker and preeminent presenter Alistair Cooke provide some lovely glimpses behind the scenes.  Cooke was particularly interesting; always writing, memorizing and performing introductions like these without ever using a teleprompter.

Another intriguing part of this book is discovering that there were more than a few programs that got away or almost did anyway.  For example, did you know that in her role as executive producer, Eaton turned down Prime Suspect and Downton Abbey…more than once? While she had people around her to convince her otherwise in these cases, Eaton wasn’t so fortunate when she was asked for Masterpiece’s assistance in producing My Left Foot and, wait for it…Pride and Prejudice. (Yes, the Colin Firth version.)

When you set out reading this memoir, you might find yourself thinking as I did- this Eaton woman has my dream job!  Traveling to London several times a year to be wined and dined by British television executives, reading scripts and screening completed British TV series, escorting British actors like Kenneth Branagh, Benedict Cumberbatch and Dame Maggie Smith around to promotional events –

it all sounds brilliant, I know. But lest you think Eaton is living the life of Riley, you don’t have to read very far into the book to realize there are endless battles to be fought, many logistical nightmares to be endured and, in the end, countless wonderful ideas for projects that die out at various phases of the production process.  All this takes a toll on the one in charge and Eaton has not been immune to misfortunes and heartaches in her personal life, including having to sacrifice her dream of a larger family.

Eaton now presides over presumably the most successful period in Masterpiece’s run thus far.  She can boast about overseeing the rebranding of Masterpiece and of bringing Downton Abbey and Sherlock, among other fine series, to PBS during her watch.  In the book, however, Eaton recounts that when first hired she “was pretty sure that my job was to keep a firm hand on the tiller and to try not to fix what wasn’t broken.” Here she is in her own words talking about her career and the book on PBS NewsHour:

I would recommend this book if you are a fan of Masterpiece or costume drama in general, if you are an Anglophile, if you have an interest in how TV production works, or you like to hear anecdotes about British actors and other broadcasting luminaries.  I wager that Eaton might even say that this book is for anyone with a family because, in the end, we are drawn to Masterpiece for the family stories they tell.