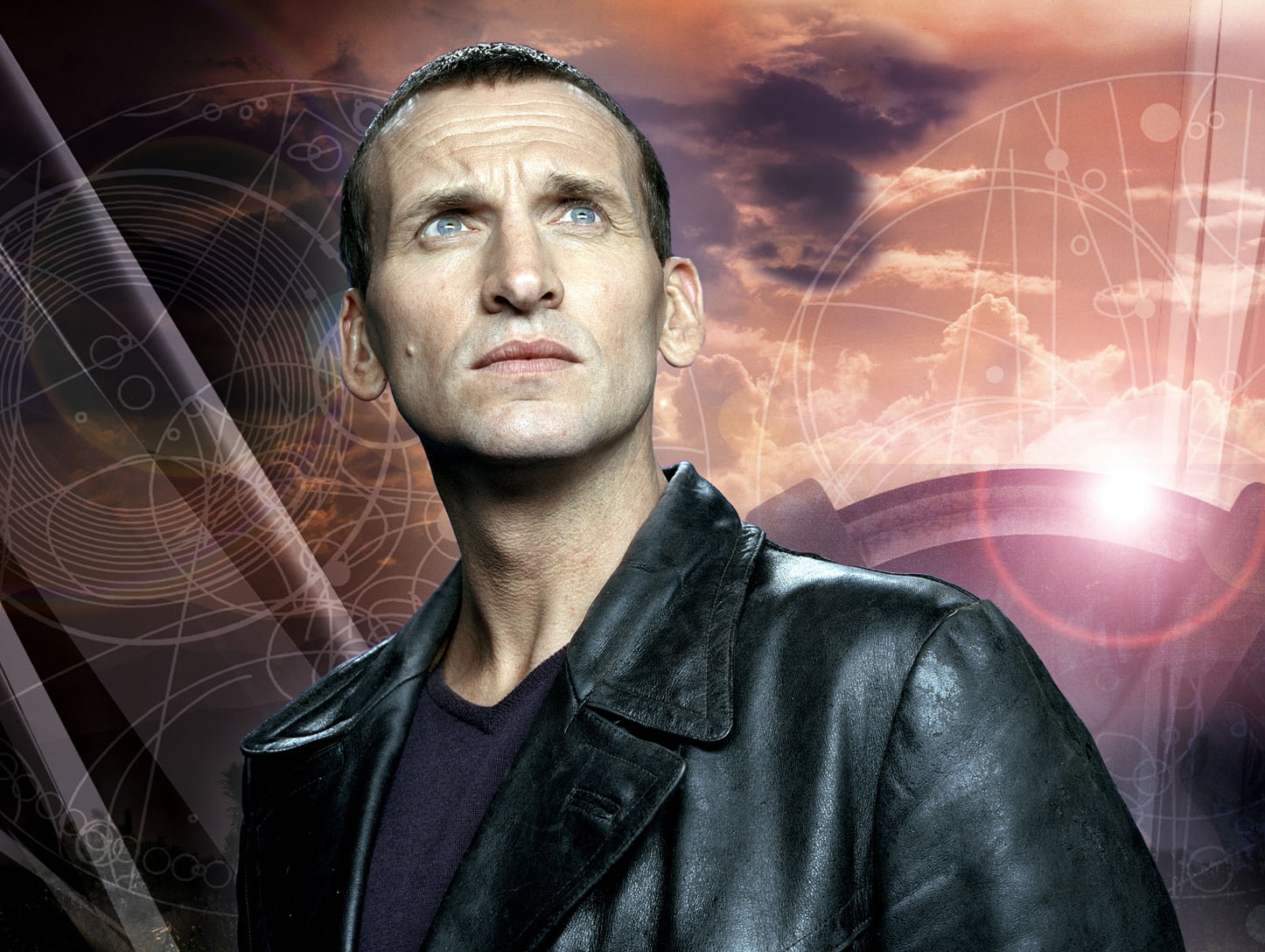 Christopher Eccleston as the Ninth Doctor. (Photo: BBC)
Next up in our British Actors You Should Know series is a gentleman that a great many of you probably already do know – or at the very least have seen before because of a little science fiction program called Doctor Who. But, did you know that Ninth Doctor Christopher Eccleston has done a lot more than play a Time Lord?

To what may be the surprise of some, Eccleston is actually a tremendously versatile actor who’s done roles in everything from drama to comedy – with that little bit of iconic sci-fi thrown in for good measure.

Take a look at some highlights from his career to date below: Do you have any favorites?

Blackout. This three-part drama follows the story of a disillusioned and corrupt government official who wakes up from an alcoholic blackout to realize that he may have been responsible for a murder. He then begins a dramatic quest for redemption and things get kind of messy.  Eccleston stars as council official Daneil Demoys, opposite Ewen Brenner, Dervla Kirwan and Sherlock’s Andrew Scott.

The Borrowers. Broadly based on the 1952 children’s novel of the same name, this dramatization stars Eccleston alongside Stephen Fry and Victoria Wood and tells the story of a family of four inch high people who live under the floorboards in Granny Driver’s house. It’s silly, but fun.

Pod's Adventure - The Borrowers - BBC One

Doctor Who. The iconic sci-fi series that chronicles the adventures of a time traveling space alien and his human companion(s) in a blue police box is an institution in Britain and will be celebrating its 50th anniversary in November 2013. Eccleston played the Ninth incarnation of the Doctor when the show returned in 2005 with its “reboot” series and, though he only stayed in the role for a single season, he deserves a lot of the credit for helping it to become popular again. Not that I am biased or anything, as he is “my” Doctor (And, if you’re interested/curious, we’re discussing Eccleston’s series on the blog right now!)

Elizabeth. The film that launched Cate Blanchett’s career, Elizabeth tells the story of the early years of the reign of Queen Elizabeth I. Eccleston plays Thomas Howard, Elizabeth’s cousin and Duke of Norfolk, who is eventually executed for plotting to marry Mary, Queen of Scots. (This particularly portrayal of Norfolk is not strictly historically accurate, but Eccleston is loads of fun in this role.)

Heroes. Eccleston joined the back half of the sci-fi drama’s first season as Claude Rains, a rogue agent of the show’s mysterious “Company” who had the power of invisibility. His purpose was ostensibly to help lead character Peter Petrelli (Milo Ventimiglia) learn to control his strange superpower. While it was lovely to see Eccleston with a major part on an American series – the character of Claude was severely underused and written out after only five episodes. Which is a shame, because he was really interesting! (Not that I am still bitter.)

Jude. A British drama based on classic Thomas Hardy novel Jude the Obscure, Eccleston stars as Jude Fawley, a working class man with dreams of becoming a scholar. The story is a fairly dark look at class, education, religion and marriage and does not have a happy ending at all, but Eccleston’s performance opposite Kate Winslet is pretty fantastic. Keep an eye out for a quick appearance by Eccleston’s Doctor Who successor David Tennant as well!

Lennon Naked. This biographical film documents the life of Beatle John Lennon between 1967 and 1971, which includes many dramatic events in the singer’s life, including meeting Yoko Ono, his reunion with his absentee father, the release of the Magical Mystery Tour film, and much more. The film attempts to delve a bit into Lennon’s childhood as well, and honestly, it’s a bit strange, but Eccleston’s performance is excellent and the resemblance is uncanny at times.

The Others. You’ve probably seen this popular 2001 horror flick at some point (infamous for its twist ending), but did you know that Eccleston is in it? His role is fairly small – he plays Charles, the absent husband of Kidman’s Grace, who was initially believed to have gone missing during World War II.  What happens next, well. You’ll have to see for yourself.

The Shadow Line. This seven-part drama tells the story of a murder investigated by both sides of the line – both police and criminals – but it’s really about morality, and where everyone’s personal line between good and evil exists. Also starring Chiwetel Ejiofor, Rafe Spall, Lesley Sharp, The Shadow Line is definitely pretty dark, but the performances are wonderful.

Thor: The Dark World. In this sequel to Marvel film Thor, Eccleston plays Malekith the Accursed, leader of a primeval race called the Dark Elves, who are of course totally out for revenge. Eccleston will face off against Chris Hemsworth ast Thor and the internet’s obsession Tom Hiddleston as Loki when the movie opens this November. (I know this movie’s not out yet, but the prospect of Eccleston as a Marvel villain seems worthy of an automatic inclusion.)

Shallow Grave. This dark comedy crime film marks the directorial debut of Danny Boyle (responsible for staging the Opening Ceremonies of the 2012 London Olympics) stars Eccleston alongside Ewan McGregor and Kerry Fox. The three play friends who live together  in Edinburgh and are on the hunt for a new flatmate. Unfortunately, once they decide on a new flatmate, he up and dies from a drug overdose, leaving a suitcase full of cash behind. The trio decides to hide the body, and things get really messy after that. Shallow Grave was the most commercially successful British film of 1995 and is wonderfully tense and gripping.

What’d I leave out? See anything in this list that looks particularly interesting?