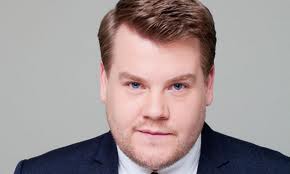 James Corden's done a bit of everything. (Photo: guardian.co.uk)
There are some actors who you only have to watch once and you’re an automatic fan.

For me, James Corden was not one of those actors.

(Yet he’s our British Actor You Should Know this week. How did that happen? Read on.)

His character Smithy from comedy Gavin and Stacey was my initial exposure to his work and he didn’t impress me…at first.  Smithy’s immaturity and dismissal of Nessa rubbed me the wrong way for one thing.

But I kept watching because there were other characters and other story lines worth following.  And over time Smithy grew on me …At this point I had also learned that Corden and Ruth Jones (who plays Nessa) were the brilliant writing talents behind the show. That always scores points in my book.  So by the time the Gavin and Stacey was winding down, Smithy had grown up and scenes like this completely changed my mind about him (and Corden).

Since then I have been a James Corden admirer and have actively sought out his other telly performances.

In the early 2000’s James played school boys in shows such as Teachers, but more notably he portrayed a troubled young man named Jamie in a little known drama/comedy called Fat Friends. Though Jamie finds acceptance from the other members of his slimmer’s club, in series one we learn that he overeats because of the stress of caring for his clinically depressed mother and in turn is bullied mercilessly by schoolmates because of his size.

Here’s a clip of Corden as Jamie gathered with his second family in happier times.

I was able to find the first series of Fat Friends on Region 1 DVD at my local library; however, if you get hooked you’ll probably have to resort to UK imported DVDs if you want to see the next three series.  Unfortunately, I was unable to find any streaming options for Fat Friends.

Corden also delved into the world of sketch comedy with his Gavin and Stacey co-star Matthew Horne. Though apparently not well-received, I searched Horne & Corden on YouTube and found enough clips to give you a substantial feel for the flavor of the show.  In my sampling, here’s one of the funniest I found wherein Corden impersonates Ricky Gervais’ David Brent.

More successful was Corden’s recurring appearance as Craig Owens on Doctor Who. As a befuddled and accidental companion in the episodes The Lodger and Closing Time, Corden was so popular that reportedly even Matt Smith wanted him for a full-time companion after the exit of Karen Gillan’s Amy Pond.

Craig asks The Doctor to leave - Doctor Who - BBC

You can stream Corden’s episodes from Series 5 and 6 on Netflix or Amazon Instant Video and of course you can find Doctor Who on Region 1 DVD as well.

Another feather in James Corden’s acting cap was his frenetic role as Francis Henshall in the West End and, subsequently, the Broadway production of One Man, Two Guvnors.

Corden, a longshot nominee, won the 2012 Tony Award for best actor in a play. I was soooo happy when his name was announced that night, especially since he was in the company of such formidable actors in his category. It was touching and joyful to watch his acceptance speech.

James’ newest project on the horizon is The Wrong Mans. Reportedly due to be broadcast on Hulu beginning November 11, this comedy thriller follows two friends who find themselves in the wrong place at the wrong time. Costarring and co-written with Gavin and Stacey alum Mathew Baynton, having another Corden-penned show to look forward to is like receiving an early Christmas present.

Music seems to be a common theme in Corden’s upcoming ventures. He’s also recently completed filming One Chance, a film based on the story of Paul Potts, the opera singing cell phone salesman from Britian’s Got Talent. I don’t know that he did his own voice work for that project; however, James is currently slated to play The Baker in the movie version of the Stephen Sondheim musical Into the Woods and I assume the entire cast will be doing their own crooning in that production.

On the subject of James Corden, I’m a complete convert, from skeptic to devotee.  If he doesn’t strike your fancy right away, I hope you’ll give him another look as well because I predict you’re going to be seeing a lot more of him in coming months…and years.