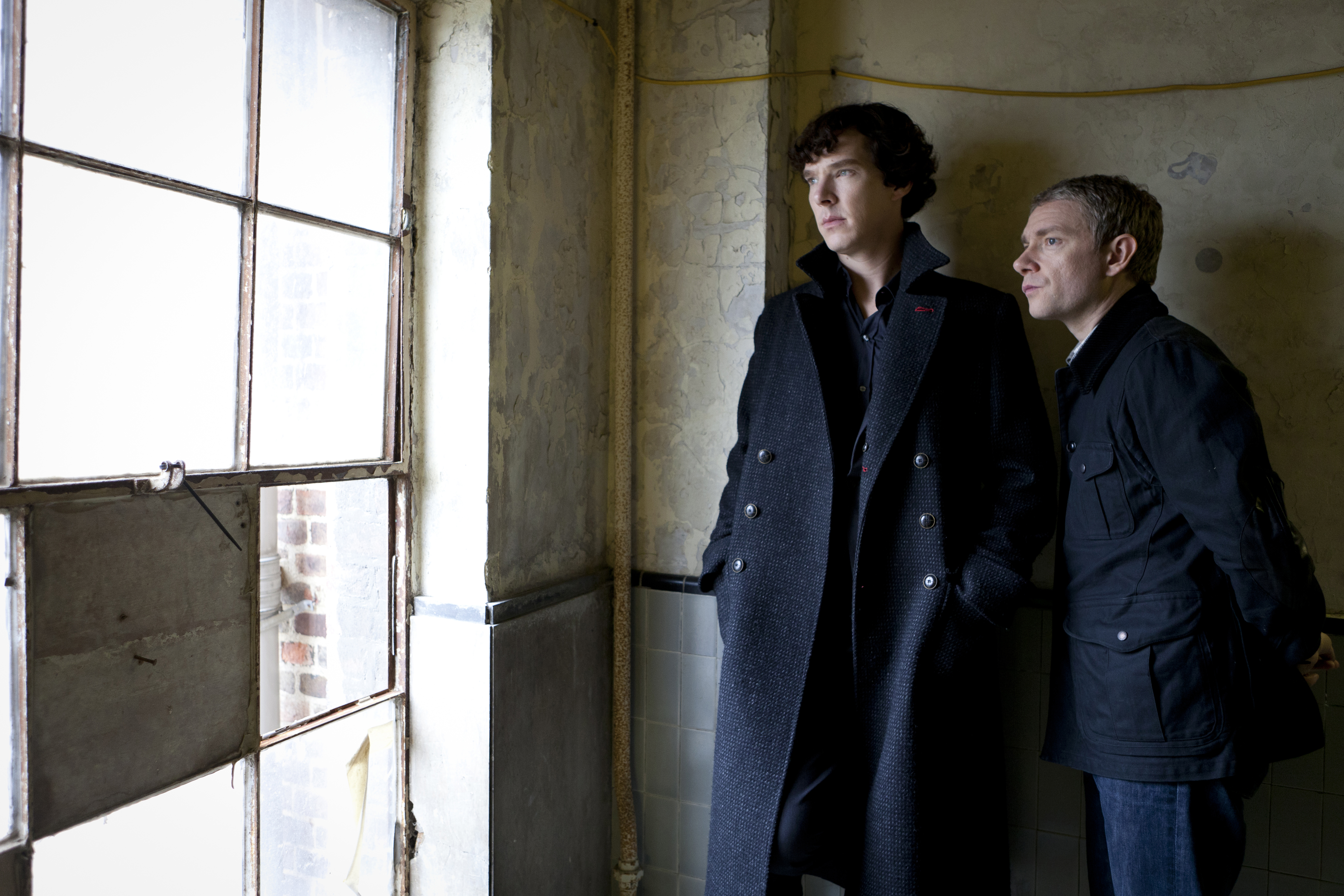 A sort of Empty House perhaps? (Photo: Courtesy of ©Hartswood Films for MASTERPIECE)
Fans worldwide are waiting with baited breath for the return of popular mystery series Sherlock – not only because it’s one of the best shows on television, but because everyone’s dying to find out how in the world the consulting detective survived a drop off the top of St. Bart’s hospital without actually dying. We’ve all wanted to know how Sherlock did it since the closing credits of The Reichenbach Fall, basically and with filming on Series 3 wrapping up this week, it seems like we’re finally close to getting some answers.

Except, well, maybe not. To what should be the surprise of no one that’s ever watched any program crafted by Steven Moffat, things aren’t necessarily what they seem. Turns out, the Sherlock folks have been playing their cards even closer to the vest than usual, in anattempt to preserve the secrecy of the script for premiere episode The Empty Hearse.

Jeremy Lovering, the man behind the camera for the first episode of Series 3, confirmed to Flicks and the City that his production team has laid a few false trails to help keep fans in suspense over the resolution to the much-buzzed-about Reichenbach Fall cliffhanger. Team Sherlock created some fake scenes and filmed them – ostensibly while shooting the real thing – so that not even the most eagle-eyed set watcher can be 100%  sure that they know what’s going. So, if you have a random internet friend that’s convinced they know how Sherlock did it, they’re almost guaranteed to be wrong.

“We did a few false shots,” he said. “There will be things that people saw that have nothing to do with it. That’s the way we handled it.”

Watch the full interview below:

In any event, while I tend to agree with Moffat that the Sherlock and John reunion is really the big moment in the Empty Hearse that we’re all waiting for, it’s nice to see that the production team is really going out of their way to try to keep the surprise of how he survived intact for fans. Though, honestly, there really are only so many ways that someone can survive a fall off of a building, and short of the TARDIS appearing and whisking Sherlock away to safety, it’s probably a safe bet that we’ve all got our expectations just a bit on the too high side after waiting so long to find out how Sherlock did it.  Nevertheless, it’s terribly nice to know that the premiere’s highly anticipated twist won’t end up spoiled on the front page of the Daily Mail anytime soon.