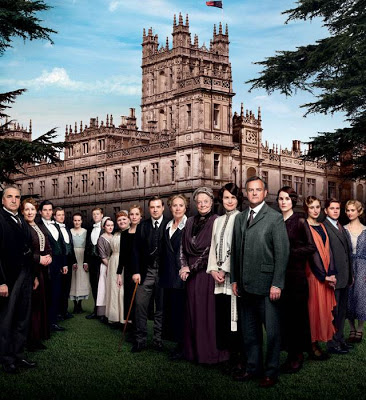 Well, sort of. Sure, it doesn’t contain any actual footage. Yes, it’s only just over ten seconds long. (Even the first Sherlock Series 3 teaser – which pretty much defined tease – gave us more to work with than that!) But even so, this supe rbrief promos is still going to make you excited in spite of yourself.

The clip features merely a tiny snippet from the show’s opening credit sequence set to a voiceover by the Dowager Countess.  “You have a straightforward choice before you. You must choose either death or life,” intones the most awesome lady on television, and clearly must be speaking to her granddaughter Mary about the fallout from last season’s dramatic (and heartbreaking )finale)  Though I suppose she could be talking to either Robert or Cora as well, but Mary certainly makes the most sense.

Watch for yourself below.

It’s amazing how ten seconds of hearing Maggie Smith’s voice can make you that excited, huh? The full trailer will be released on Saturday, August 31, so start clearing your day now.

Series 4 will premiere in the UK this Fall, and here in the States on Masterpiece Classic beginning January 5, 2014. Not that we’re counting the days or anything.

What do you most hope to see in the trailer for the new season?