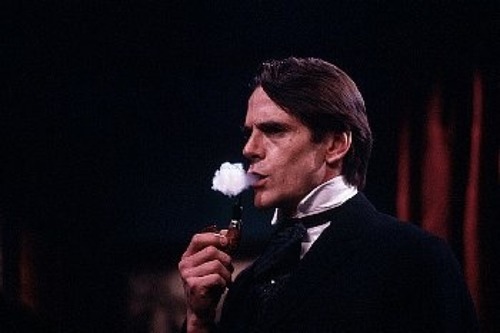 Apparently way back in 1991, Saturday Night Live did a Sherlock Holmes skit. Yes, really. Yes, that same SNL that nowadays considers the Harlem Shake to be about as much deep thought as they can expect their audience to engage in. Surprise! Anyway, yes, SNL did a Holmes parody, called Sherlock Holmes’ Surprise Party and the best part is that it stars the fabulous Jeremy Irons as the great detective, which is of course absolutely perfect. Phil Hartman plays Watson and Mike Meyers is Lestrade and it’s worth a watch.

The skit is about what you’d expect – i.e Holmes deducing people’s presents, etc – but it’s also charming and much funnier than I thought it would be. It’s also worth watching for Watson’s present alone. Hee. It’s kind of awkward.

Hat tip to the lovely ladies of the Baker Street Babes Podcast for the find.

Amazing Internet Things Sherlock Holmes Blast from the Past