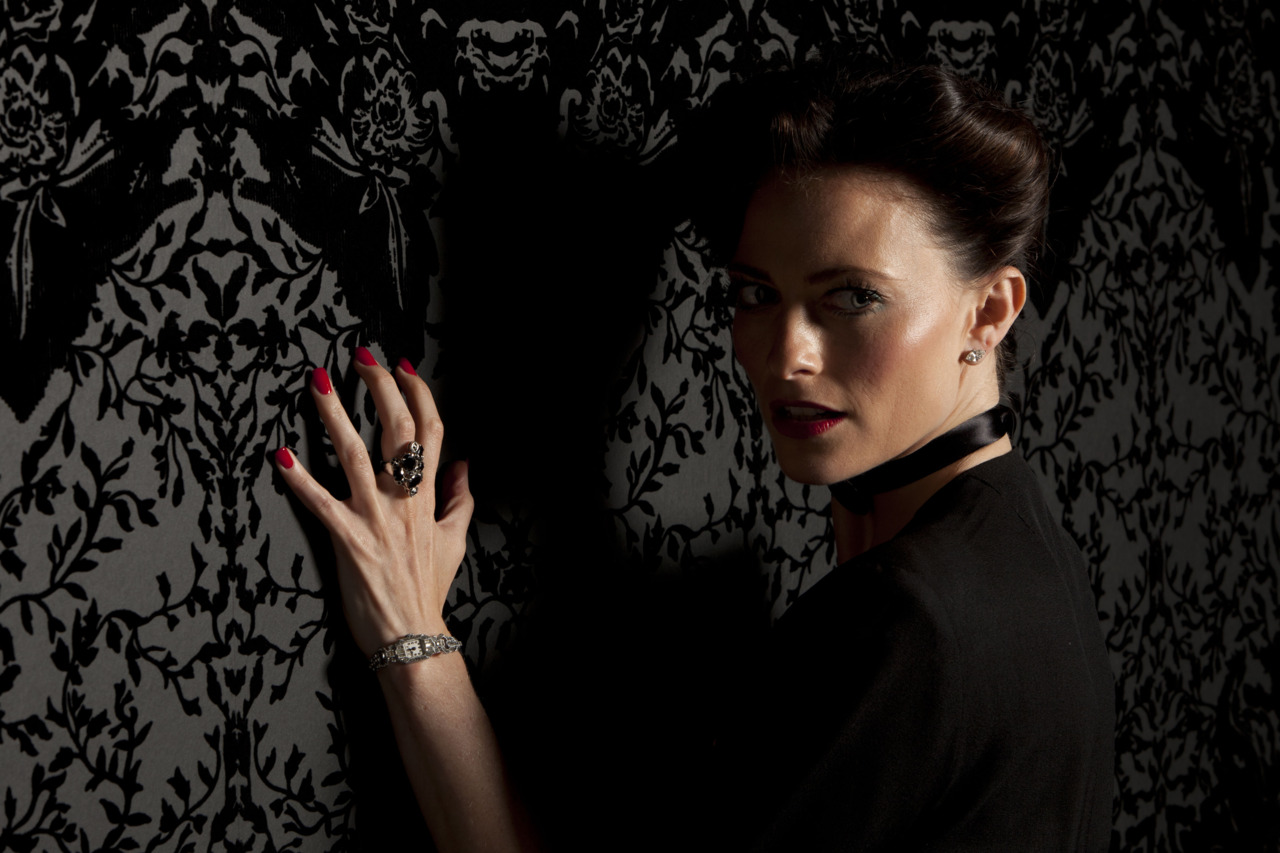 Sherlock guest star Lara Pulver, who stock has risen considerably in the wake of her turn as an often intriguingly dressed (or not) Irene Adler in A Scandal in Belgravia, will soon star as another rather infamous woman. Pulver has been tapped to portray the wife of James Bond creator Ian Fleming in a new drama for Sky Atlantic.

The new-four part series, tentatively titled Fleming, will explore the life of the 007 scribe, which was frequently as dramatic as any Bond film. According to Variety, the series will be set during World War II when British Naval Intelligence recruited the future author for its undercover campaign against the Nazis. Fleming’s wartime experience provided much of his inspiration for Bond and in true art-imitating-life fashion, Fleming himself was also a bit of a womanizer with a taste for alcohol. (What do you want to bet he liked his martinis shaken, not stirred?)

British film actor Dominic Cooper is set to star as the famous author. Pulver will play Ann O’Neill, a society figure who had a longterm on-again/off-again relationship with Fleming, before becoming his wife in 1952. She is said to have greatly influenced his writing – Casino Royale was published a year after the two wed.

Fleming is set to film in the UK and in Hungary early in 2013 and is tentatively slated to screen later this year.

ETA: Apparently, BBC America is actually a co-producer of Fleming, so that means they’re certain to get the American broadcast rights to this series. Which, hurrah, because occasionally it’s difficult for series that don’t air on the BBC or ITV to make it across the pond and this definitely sounds worth watching.