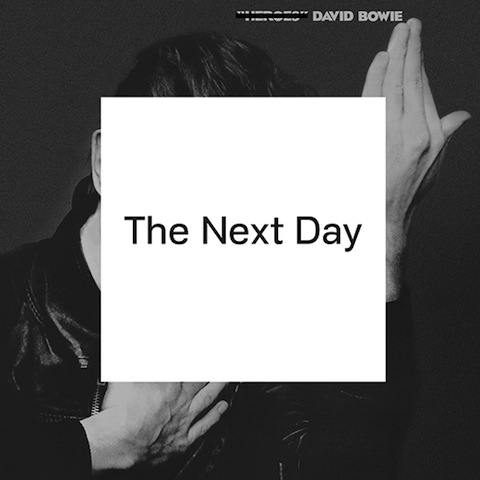 British rock icon David Bowie turns 66 today (January 8) and originally this was just going to be an excuse for me to post a lot of videos of my favorite Bowie songs and gush about my favorite personas (if you’re curious it’s a toss up between the Thin White Duke and whatever we’re calling bizarre electronica Bowie from the Outside era in the 90s.) But, this is SO much cooler than that.

For the first time in a decade, Bowie is releasing a brand new album this spring! YES, REALLY. The announcement was made suddenly on his official website early this morning, complete with album details, a track list and a new song.

Best day ever? It’s possible (or at least until I get a Sherlock Series 3 airdate at any rate). The new album is called The Next Day and is produced by longtime Bowie collaborator Tony Visconti, who handled Space Oddity, Heroes, Scary Monsters and Heathen, amongst other things. The record is due to drop on March 12, but you can give the first single “Where Are We Now?” a listen right now.

David Bowie: Where Are We Now? Full Video

The tracklist for The Next Day is as follows:

There will also be there bonus tracks available on a deluxe edition: “So She,” “I’ll Take You There” and “Plan”.

The album cover, pictured above, is an interesting reworking of the iconic Heroes art. The studio that did the design has a really interesting Q&A up on their blog where they explain their thinking behind adapting such a recognizable image. “Normally using an image from the past means, ‘recycle’ or ‘greatest hits,’" Barnbrook says, "But here we are referring to the title The Next Day. The “Heroes” cover obscured by the white square is about the spirit of great pop or rock music which is ‘of the moment’, forgetting or obliterating the past.” (The whole interview is really fascinating and well worth a read.)

Bowie hasn’t performed since 2006 and has become something of a recluse in recent years, rarely being seen in public. There are apparently no plans for a tour or any press appearances in support of the album’s release, but it’s a bit hard to be too upset about that in the face of new Bowie music after so many years.  Let us know what you think about the icon’s return in the comments! (I'll be over here, playing the new song again. Don't judge.)