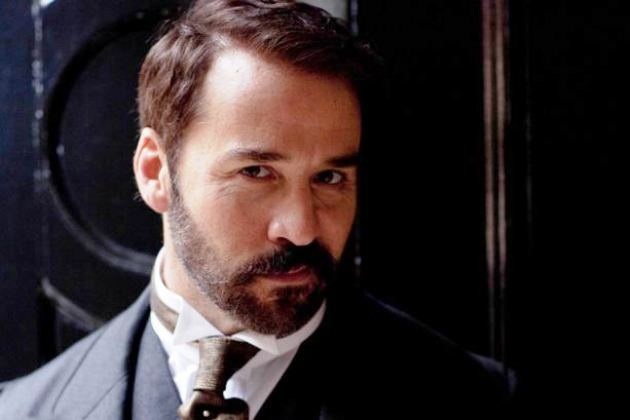 Now you can get your first look at Entourage star Jeremy Piven all dolled up in period dress, as ITV has released the first trailer for the new ten-part series Mr. Selfridge.

Piven stars as famous American entrepreneur Harry Gordon Selfridge, the man who reinvented the concept of shopping for Edwardian-era women. (And also launched a little London department store that you can still visit and shop in on Oxford Street today.). The costume drama will focus on Selfridge’s visionary business skills and love of putting on a show, as well as his quite colorful and dramatic personal life.

Piven seems a decent showman in this brief clip, though we certainly don’t get much by way of introduction to any of the (apparently legion) other/supporting characters.

However, given that this is a ten-part series, it seems likely that – much like Downton Abbey – we’ll see a variety of minor and supporting characters featured alongside Mr. Selfridge’s main plot, with their own storylines to follow. While the trailer does focus predominantly on Selfridge, we certainly see enough retail employees, starstruck shoppers, household staff and indeterminate lady friends to indicate that there will be no lack of secondary stories going on.

Mr. Selfridge is set to air next month in the UK, but will premiere as part of the Masterpiece lineup here in the States beginning at the end of March. Thoughts? Does this look interesting to you?