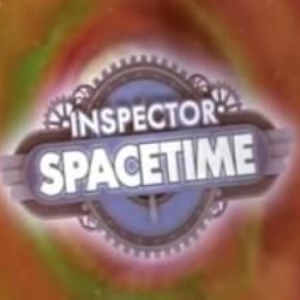 the season premiere of NBC’s comedy Community, then you were probably pleasantly surprised to catch two references sure to bring joy to Brit lovers' hearts. Abed, Community’s resident pop culture geek, is on a quest to find a new show to watch while his favorite American program is on hiatus. With some help from his friends, Abed is introduced to the joys of British television, namely two series called Cougarton Abbey and Inspector Spacetime. Sound familiar?

Now, if you’re already a fan of either Downton Abbey or Doctor Who, the inclusion of the parody/tribute clips alone enough to make this episode an instant classic.  They spoof British television’s love of shocking deaths, limited-episode seasons, parlor room chats, and strange aliens that travel through time in phone boxes (though the Inspector’s is, lamentably, red). There are even trash-can shaped robots that shout “Eradicate!” Amazing? Oh, yes. See for yourself:

It seems strange to say, especially to those of us who’ve spent most of our lives obsessed with one form of British television or other, but apparently, our time has arrived. Yes, kids, it appears that we’re cool now. Trendy, even.

The British are coming apparently here.

How so? Well, America caught Royal Wedding fever this past April. Doctor Who’s been setting ratings records left and right for BBC America. Matt Smith’s screaming fans filled the biggest room at 2011’s Comic Con International, waving sonic screwdrivers like lighters at a Journey concert and putting Twilight enthusiasts to shame. Fans and critics alike have “fallen in love” with Downton Abbey (at least according to the folks on Facebook), are chomping at the bit for new episodes of Sherlock and regularly make Doc Martin one of our most popular programs here at WETA. And it seems as though virtually everyone loves Adele. (This is by no means an all inclusive sampling of this trend, see also: Inspector Lewis, the new Upstairs Downstairs, Top Gear, The King’s Speech, Ricky Gervais’ continual appearances at awards shows, anything with Gordon Ramsey in it, EVERYTHING with Alan Rickman in it, and a whole lot more.)

It’s the weirdest thing – now you can say things like TARDIS, Portwenn, Eaton Place, HobNobs and Jammie Dodgers in regular conversation, and people know what you’re talking about. Our TVs are full of Americanized versions of British shows – The X Factor, Prime Suspect, Being Human, Free Agents, Shameless, Kitchen Nightmares, the mercifully cancelled Skins – and that’s just in the past year! Inspector Spacetime isn’t even real, and already has an active online community and a Facebook fan page supporting it. All things British are apparently hip in America these days Brilliant, even.

Has anyone else noticed this? Do fewer people act like you’re a complete freak when you whip out your TARDIS phone case or make “What is a Weekend?” jokes in your best Maggie Smith voice? (This has to happen to more people than just me.)